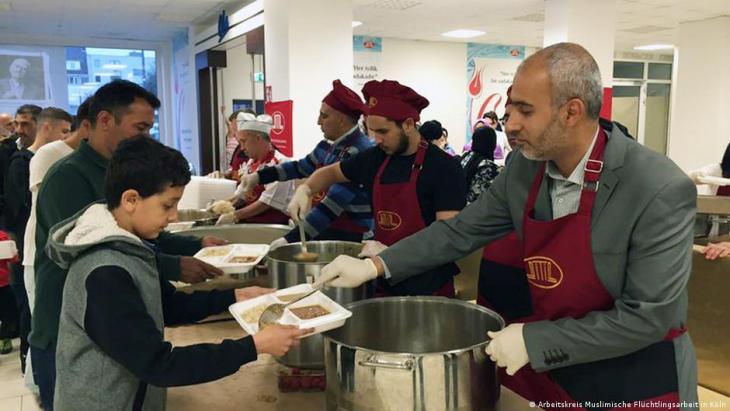 Social engagement is often motivated by religious factors. A new book explores the background to these community efforts and appraises how effective they are in helping to integrate new arrivals to Germany

When refugees began arriving in Germany from Ukraine, helpers pitched in to arrange accommodation, doctors' appointments, school places, therapy and much more, says Küf Kaufmann, chairman of the Jewish Community of Leipzig. Kaufmann goes on to say that many members of the community have friends and relatives in Ukraine and in Russia too, which brought the war closer to home. "That's why our heart responds immediately to the cries for help from those who seek refuge, and our minds command us to 'act!'" he says.

His views are among those featuring in a new book on this very subject entitled Flucht und Engagement. Jüdische und muslimische Perspektiven (Flight and action. Jewish and Muslim Perspectives). The book serves as a starting point for the academic work of the new Jewish–Muslim thinktank Schalom Aleikum, which was initiated by the Central Council of Jews in Germany. The book provides a context for the furtherance of interfaith and societal dialogue, as Dmitrij Belkin, director of Schalom Aleikum, and Daniel Botmann, executive director of the Central Council of Jews in Germany, write in their contribution.

Anyone wanting to find out more about the assistance afforded by Jews and Muslims in Germany to refugees – and not just from Ukraine – or about the work they do in times of crisis in general, can find a wealth of examples in the book.

Rachid Amjahad, the director of the welfare office of the Maliki community in Düsseldorf, provides some background to the assistance provided by Muslims: "We've been working with refugees since the emergence of the first communities in the 1970s, because most Muslims come from nations where democracies aren't exactly flourishing." 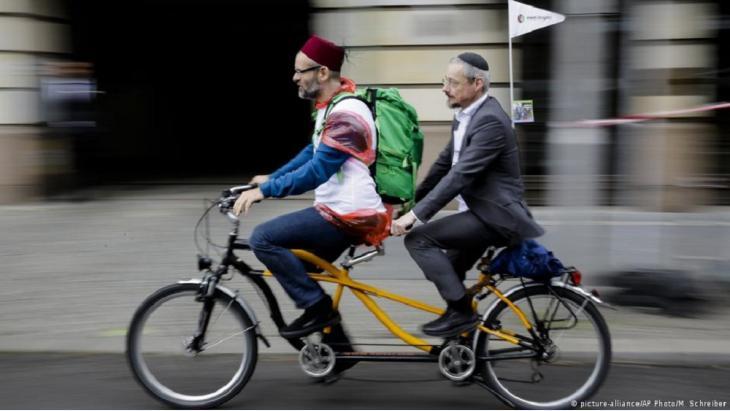 "Tandem Tour against Hate": in June 2018, rabbis and imams in Berlin took to their tandem bikes as part of a campaign to raise awareness of violence against and hatred of Muslims and Jews

Limited by a lack of funds

Amjahad highlights the good cooperation with the German authorities and with Christian welfare associations. Nevertheless, he doesn't conceal the problems caused, for example, by a lack of funds or staff. Since the influx of refugees that began in 2015, communities have been offering meals, as well as German courses and helping refugees find accommodation and psychotherapy, he reports. Help was also provided in arranging Muslim funerals.

Amjahad goes on to say that the Maliki community also offers "events on anti-Semitism and raises awareness of fake news." This, he stresses, is particularly important for some refugees, because many come with the attitude that anti-Semitism has nothing to do with them and say: "We weren't the perpetrators. The perpetrators were the Germans."

In its educational work in this area, the welfare office of the Maliki community draws on the Moroccan history of the Maliki school of law: "We consciously focus on Moroccan Judaism, which has a 2,500-year history. We emphasise the good coexistence of Muslims and Jews, but also touch on riots and pogroms by the Muslim population against Jews," says Amjahad. 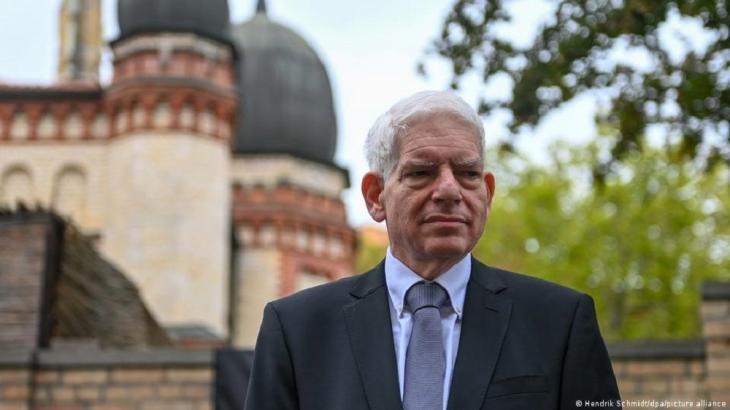 "The recently established thinktank Schalom Aleikum focuses on the work done by Jewish and Muslim individuals and communities and gives them a chance to speak. It provides valuable expert knowledge that will benefit many people in this country and can help us move forward as a society in very practical ways," says Josef Schuster, president of the Central Council of Jews in Germany

In the academic section of the volume, specialists explain the origins in the respective religions of this readiness to take action. In the case of Judaism, for example, reference is made to the concept of tikkun olam (repairing the world) and tzedakah (doing what is right and just), as well as commandments in the Torah.

Amjahad from the welfare office of the Maliki community cites godliness as a key reason for engagement. It implies that: "at the end of life, the good deeds outweigh the bad deeds to be rewarded with paradise," he says.

The book seeks to shine a light on work that has so far received little attention. Reference is made to the Bertelsmann Religion Monitor 2017: "Whereas in previous studies, Muslims were noted as demonstrating below-average voluntary engagement, when it comes to helping refugees, their involvement far exceeds the average. Forty-four per cent of Muslims polled said they were actively engaged in helping refugees, which is more than twice the number of Christians polled (21 per cent) and those not affiliated with any religion (17 per cent)."

A summary of the book's contents says that Jewish and Muslim communities have invested a huge amount of time and energy in the work they do for refugees and that this has made a huge contribution to the integration of refugees.

Translated and adapted from the German by Nina Coon

Giessen, Eichsfeld, Kusel, Berlin – cars bearing old German number plates are the latest trend on the streets of Cairo. Many Egyptians regard the discarded plates as chic. What ... END_OF_DOCUMENT_TOKEN_TO_BE_REPLACED

Tunisia has been going through a severe economic and political crisis in recent years. More than one in three young people there are unemployed. For many skilled, qualified and ... END_OF_DOCUMENT_TOKEN_TO_BE_REPLACED

German imams have publicly expressed their solidarity with the women of Afghanistan. In a letter of protest, the clerics say that the Taliban regime's decree barring women from ... END_OF_DOCUMENT_TOKEN_TO_BE_REPLACED

At the end of every year, the team at Qantara.de gives you a run-down of the ten most-read articles on the site over the past 12 months. Here is a quick overview of the stories ... END_OF_DOCUMENT_TOKEN_TO_BE_REPLACED

The government in the Netherlands, one of the last European nations to abolish slavery, has made an historic apology. But some feel that there is still a long way to go. By Ella ... END_OF_DOCUMENT_TOKEN_TO_BE_REPLACED 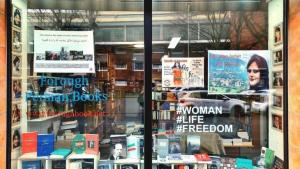 "A great demand for Persian books"

Cologne-based publisher Anahita Redisiu sells Persian books that have been banned or censored in Iran. She regards the situation in Iran with concern and has harsh words for ... END_OF_DOCUMENT_TOKEN_TO_BE_REPLACED
Date:
Mail:
Send via mail

END_OF_DOCUMENT_TOKEN_TO_BE_REPLACED
Social media
and networks
Subscribe to our
newsletter