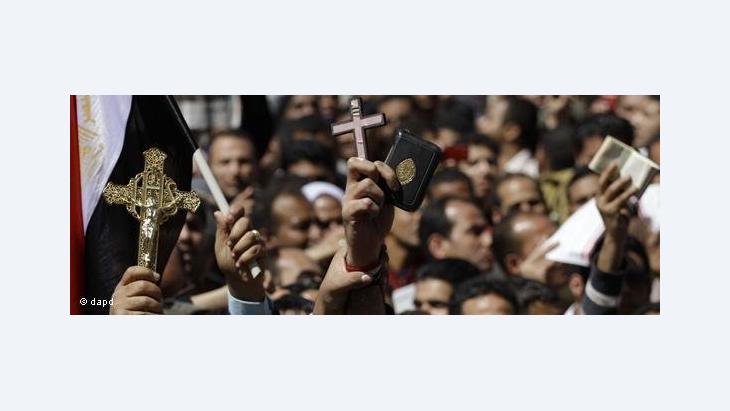 The epochal transformations in the Arab world offer a historic opportunity for Muslims and Christians in these countries – and especially in Egypt – to establish a new, constitutional foundation for their relations. A commentary by Loay Mudhoon

Observers worldwide followed events with a great deal of sympathy and amazement as courageous and committed young Arabs mobilized in support of civil society and democracy to sweep away the corrupt, authoritarian regimes in Tunisia and Egypt.

Most remarkable about this largest mass mobilization in recent Arab history was the peacefulness and tenacious patience of the mostly politically inexperienced demonstrators in Tunis and Cairo. Such impressive perseverance forced Ben Ali, Tunisia's longstanding dictator, to flee the country into exile in Saudi Arabia. And only 18 days later, Egypt's authoritarian "eternal president", Hosni Mubarak, had to relinquish office.

An event of historical dimensions took place in Egypt, the most important geopolitical "anchor state" in the Middle East and the largest Arab country. With slogans such as "The people want the regime to fall", "No violence!", "For freedom and social justice," and "Religion is for God, the homeland is for all", the people on the Nile celebrated their liberation from paternalistic state repression and thereby laid the foundation for a new Egypt and perhaps even for a new world order.

First a constitution and then the elections

Of course, Egypt's young and diverse movement for democracy must come to terms with the difficult burden left behind by authoritarian rule, which had driven the country into poverty and misery. In addition to facing economic challenges, especially the fight against poverty, corruption, patronage, and rampant unemployment in this problematic post-revolutionary phase, the democratic movement must address a pan-Egyptian concern, namely, providing a new legal foundation for the coexistence of the country's Muslims and Christians. Ideally, this would take place within the framework of a civil constitution drawn up by a constituent national assembly with the participation of all groups and forces in society. 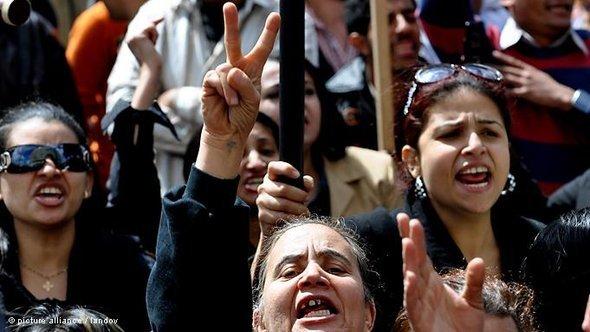 "The remarkable consensus within the young democracy movement on the necessity of a free and democratic constitutional order is an expression of a new political consciousness," writes Loay Mudhoon. The phenomenon is astonishing, especially when one considers how tense the mood was in Egypt following the deadly attack on a Coptic church on New Year's Eve, he says

This issue could prove to be of key importance to the future of Egypt, as the country finds itself with a unique historical opportunity to establish immutable constitutional norms and special protection of the basic rights of all Egyptians. For this reason, the democracy movement is currently fighting with all its power to prevent parliamentary elections this fall before a new constitution is approved.

Even the Nobel Peace Prize laureate Mohammed el Baradei holds the view that parliamentary elections should only be held after the drafting of a democratic constitution. El Baradei regards the German Basic Law as model guaranteeing all fundamental rights, such as the freedom of speech and religion. "I would welcome something similar in Egypt," he says. "Everyone would be satisfied and no one would be worried that the country might change course in one or another direction."

This remarkable consensus within the young democracy movement on the necessity of a free and democratic constitutional order is an expression, first and foremost, of a new political consciousness. In concrete terms, this reflects a new appreciation of individual rights as well as the rights of others. This in itself is a historical break with the dominant ideological narratives of the Middle East. In this respect, the phenomenon is equally unusual and astonishing, especially when one considers how tense the mood was in Egypt following the deadly attack on a Coptic church on New Year's Eve.

Since then, it has become clear that the Mubarak regime, just as all the other unjust Arab regimes, incited confessional conflicts and created exaggerated fears of a "political takeover by radical Islamists" in order to present itself to the West as a "saving force" and guarantor of stability in the region.

This insidious strategy of division reached its climax with the bloody attack on churches in Alexandria. A great deal of evidence uncovered after the January 25 revolution indicates that the attack was not carried out by militant Islamists, but rather by a group of officers and former Islamic radicals organized by the Egyptian Interior Ministry to conduct acts of sabotage throughout the whole country.

The epochal transformations in the Arab world offer a historic opportunity for Muslims and Christians in these countries – and especially in Egypt – to establish a new, constitutional foundation for their relations. 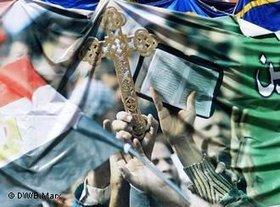 With the remarkable spirit of Tahrir Square, Egypt can gain new significance in the Arab world as a homeland for all its citizens and as a model modern constitutional state, Mudhoon says

​​Suppression of various political and religious movements came to an end with the overthrow of the repressive Mubarak regime. Now, even Islamic players are attempting to actively participate in political life. In particular, radical Salafists are taking advantage of the weakness of the current state and are spreading fear and terror to the streets of Cairo. They are also responsible for the most recent acts of violence directed against Coptic churches. Yet, the significance of these actions should not be overestimated, as these are radical groups that were relegated to insignificance in the wake of the popular revolution.

In the current historical phase, many Egyptian intellectuals and democracy activists regard the demand for a new constitution as the focal point of this "incomplete revolution".

The aim is to establish throughout the whole country a relationship between the new civilian-ruled state and confessional Egypt that mirrors the spirit of Tahrir Square, where Christians and Muslims peacefully demonstrated side by side for a life in human dignity. If this succeeds, then this nation with its grand cultural heritage can hope for a better future and gain new significance in the Arab world as a homeland for all its citizens and as a model modern constitutional state.

Abortions are illegal in Egypt unless they are necessary to save a married woman's life. But that doesn't stop local women from having one. Egyptian society needs to acknowledge ... END_OF_DOCUMENT_TOKEN_TO_BE_REPLACED

Food prices doubled, salaries halved, banks restricting withdrawals: Egyptians now have the same problems as the Lebanese. But if things get worse here, the fallout will be far ... END_OF_DOCUMENT_TOKEN_TO_BE_REPLACED

Giessen, Eichsfeld, Kusel, Berlin – cars bearing old German number plates are the latest trend on the streets of Cairo. Many Egyptians regard the discarded plates as chic. What ... END_OF_DOCUMENT_TOKEN_TO_BE_REPLACED

Egyptian Sufis have been on the defensive against the country's Islamists for decades. Meanwhile, interest in mysticism is growing among the young members of Cairo’s middle and ... END_OF_DOCUMENT_TOKEN_TO_BE_REPLACED

Chinese President Xi Jinping's visit to Saudi Arabia in December 2022 may have rattled Washington, but it simply highlighted the Arabs’ desire to diversify their foreign relations ... END_OF_DOCUMENT_TOKEN_TO_BE_REPLACED

END_OF_DOCUMENT_TOKEN_TO_BE_REPLACED
Social media
and networks
Subscribe to our
newsletter