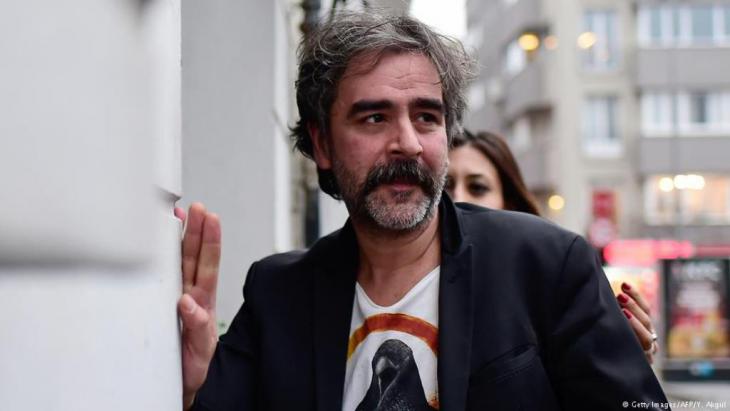 It′s not over yet

Die Welt correspondent Deniz Yucel has finally been freed after a year in custody, but this has done nothing to change the situation within the Turkish media and judiciary. Commentary by Ulrich von Schwerin

The Turkish judiciary had one year to prepare the bill of indictment for Deniz Yucel. In the end, it presented three scant pages with barely any more substance than the information provided a year ago by state prosecutors to justify keeping the correspondent for Die Welt in custody. Just as before, the indictment was for ′sedition′ and ′terror propaganda′, with Yucel's articles on the Kurdish conflict and the failed military putsch of July 2016 presented as evidence. Prosecutors are seeking a prison term of up to 18 years.

At the first hearing on 16 February, the court ordered that Yucel be set free for the duration of legal proceedings – upon which he promptly left the country – yet he still remains indicted for his work as a journalist. In this process, the accusations are just as absurd, the justification just as paltry and the penalties sought just as excessive as in other trials against journalists. More than 150 reporters are still in custody because they see it as their duty to keep a critical and corrective eye on those in power, they took this duty seriously and were not content simply to serve as a mouthpiece for the regime.

Dissent and criticism not to be tolerated

"Even though I may not share your opinion, I'll give my life in the defence of your right to free speech," said Recep Tayyip Erdogan, in a variation of a quote by Voltaire, when he announced the foundation of his Justice and Development Party (AKP) in the year 2001. The party would defend rights and freedoms in their broadest possible form, he promised. The sovereignty of law and the independence of the judiciary held the greatest significance as the basis of coexistence, he said. 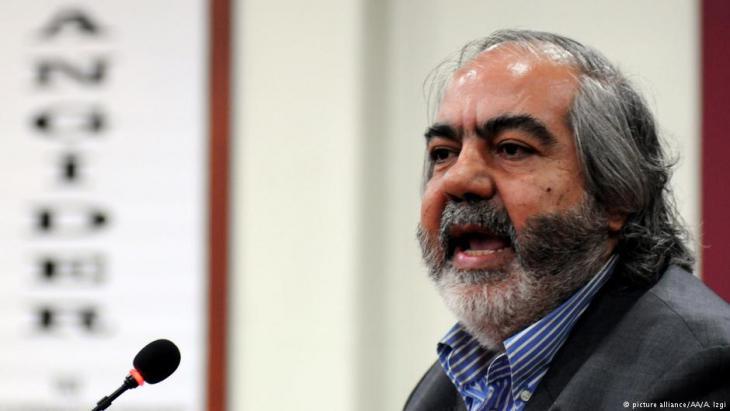 Life sentences for 'troublesome' Turkish journalists: according to the verdict, Mehmet und Ahmet Altan are supposed to have broadcast cryptic messages via a TV talkshow on 15 July 2016, one day before the attempted coup. The judges even accused the 73 year-old journalist Ilicak of being directly involved in the putsch

That was some time ago. In truth, Erdogan has always reacted very sensitively to criticism and perhaps never appreciated the significance of free debate for democracy and a vital society. Since the coup attempt, he has been acting entirely according to the principle of those who are not with him are against him. In the first instance, this applies to supporters of the PKK guerillas and associates of the Islamic preacher Fethullah Gulen, but also to tenacious journalists like Deniz Yucel.

His release is a cause for celebration for himself and for his family and friends, but when it comes to the state of the Turkish media and judiciary, it changes nothing. There is no clearer indication of this than the sentences handed down by a Turkish court shortly after Yucel's release: life in prison for Nazli Ilicak and the brothers Ahmet and Mehmet Altan – all three of them seasoned, renowned journalists. The charge: supporting the coup attempt against Erdogan.

The sentence was despite the fact that in January, the constitutional court concluded that the long pre-trial detention of Mehmet Altan and the journalist Sahin Alpay violated their rights and that their articles provided insufficient evidence for the charges made against them. Thereupon the government accused the constitutional court of exceeding its authority, with the result that two secondary courts refused to order the journalists' release.

This story demonstrates the woeful state of both freedom of expression and judicial independence in Turkey. The release of Deniz Yucel was a decision not taken by the judiciary, but by politics. The bill of indictment and the court session only served to give the impression of a regular legal process. The decision to set Yucel free was not taken by the judge, but by none other than Erdogan. 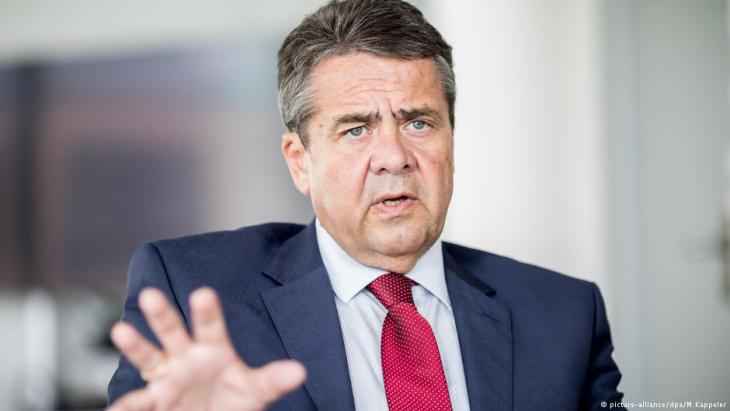 Political cause celebre: Yucel′s release followed a period of intensive diplomatic efforts. Not only did Foreign Minister Sigmar Gabriel hold regular meetings over a period of weeks with his Turkish counterpart Mevlut Cavusoglu, he also made special trips to Rome and Istanbul in a bid to convince Erdogan in person. In his bid to win over the mistrustful leader he even mobilised the support of former German chancellor Gerhard Schroder, who has maintained good ties with Erdogan since his time in office

It followed a period of intensive diplomatic efforts. Not only did Foreign Minister Sigmar Gabriel hold regular meetings over a period of weeks with his Turkish counterpart Mevlut Cavusoglu, he also made special trips to Rome and Istanbul in a bid to convince Erdogan in person. In his bid to win over the mistrustful leader he even mobilised the support of former German chancellor Gerhard Schroder, who has maintained good ties with Erdogan since his time in office.


Ultimately, Yucel's case took on the dimensions of an affair of state that overshadowed all other issues. Also due to a sophisticated media campaign run by his supporters, his detention was elevated to a key question in German-Turkish relations; during Prime Minister Binali Yildirim's visit to Berlin, there was talk of little else. Finally even the Turkish side was left in no doubt that there could be no rapprochement without a resolution in this question.

But right up to the last, Erdogan perhaps hoped to be able to negotiate something in return for setting Yucel free – there's no other way of explaining the frequent and protracted talks with Gabriel and Schroder. The German government denies any kind of exchange deal, but it will at the very least have given assurances that greater concessions will be made to Turkey in future.

This stance is not entirely misguided, after all since the coup attempt, Germany's policy on Turkey has been somewhat troubled. Politics and the media were too often dominated by the assumption that everything Erdogan says is wrong and that everyone he persecutes is a democrat. To this day, the threat presented by the Gulen movement is not being taken seriously and the German government has not even bothered to carry out its own analysis of the situation. Turkey is also justifiably indignant that people suspected of involvement in the coup attempt are being granted asylum and that PKK supporters are allowed to hold protest rallies.

It is high time that something was done to redress these particular imbalances, but when it comes to democracy, media freedom and the rule of law, there can be no change of course. The German government must insist that without the release of journalists, a lifting of the state of emergency and an end to the persecution of the opposition, there can be no visa-free travel, no customs union upgrade and no export guarantees. If it does this, the thaw in relations is likely to be short-lived. But Berlin owes this to the other political prisoners in Turkey.

German Middle East analyst Guido Steinberg and television journalist Ulrich Tilgner have both published new books on the conflicts in the Middle East. Their analyses and their ... END_OF_DOCUMENT_TOKEN_TO_BE_REPLACED

On 7 March, Switzerland became the latest European country to vote in favour of a so-called "burka" ban. It was yet another feather in the cap of the right-wing populist Swiss ... END_OF_DOCUMENT_TOKEN_TO_BE_REPLACED

Syrian-born Rafik Schami is a gifted storyteller and one of the most successful authors writing in German today. In his 50 years in exile in Germany, he has introduced the Arab ... END_OF_DOCUMENT_TOKEN_TO_BE_REPLACED

The Syrian war has moved through many phases and included a number of changing actors. But one aspect has remained constant throughout: the Assad regime is using the conflict to ... END_OF_DOCUMENT_TOKEN_TO_BE_REPLACED

It's no secret that the Baha'i community in Iran is persecuted. Now, a document has come to light that appears to show the extent to which the repression is state-sponsored. By ... END_OF_DOCUMENT_TOKEN_TO_BE_REPLACED
Author:
Ulrich von Schwerin
Date:
Mail:
Send via mail

END_OF_DOCUMENT_TOKEN_TO_BE_REPLACED
Social media
and networks
Subscribe to our
newsletter