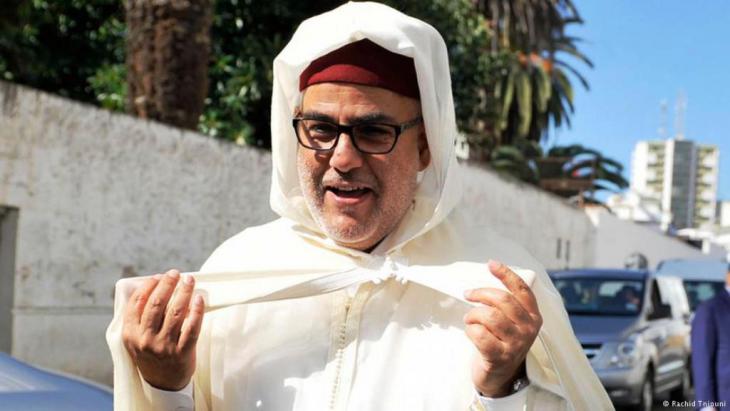 In Tunisia, the Ennahda Party has announced it is decoupling its political work from ongoing efforts to establish an Islamic social model. In Morocco too, the Justice and Development Party is presenting itself as a primary advocate for the separation of both spheres. In this essay, Ali Anouzla examines what lies behind the rhetoric

The path currently being taken by the Ennahda Party could inspire numerous Islamist movements in the region. That said, it is impossible to gauge with any certainty whether the decision by Ennahda – one of the most important actors of political Islam in the region – is just a tactical move or a strategic decision.

At the extraordinary congress of the Party for Justice and Development (Parti de la justice et du developpement, PJD) – the largest party currently in government in Morocco – held on 28 May 2016, its General Secretary Abdelilah Benkirane declared that his party had become a pioneer in the issue of the division of religion and politics, by initiating a series of directional changes. By doing so, the party has transformed itself into a "civic political party", he said.

Benkirane adopted an emotional tone in his speech. His party's course was breaking new ground, he said, and would be viewed as exemplary throughout the world. This is the usual style of rhetoric used by political actors when they enthuse about the Moroccan way. There is then talk of Morocco as a country that mastered its transition to democracy years ago and accomplished pioneering achievements by initiating a national reconciliation process with the help of the instruments of transitional justice.

Expressions of this kind can be seamlessly blended into the narrative of the special case that is Morocco, peddled primarily to score points on the international stage and serve the patriotism of its followers. But that is another matter.

The interdependence of religion and politics

Let′s return to the relationship between religion and politics in Morocco: both are interrelated in complex ways, at all levels of authority – from the most senior head of state (as "ruler of the faithful" the King also serves as the nation's religious leader) – to the various strata of government. 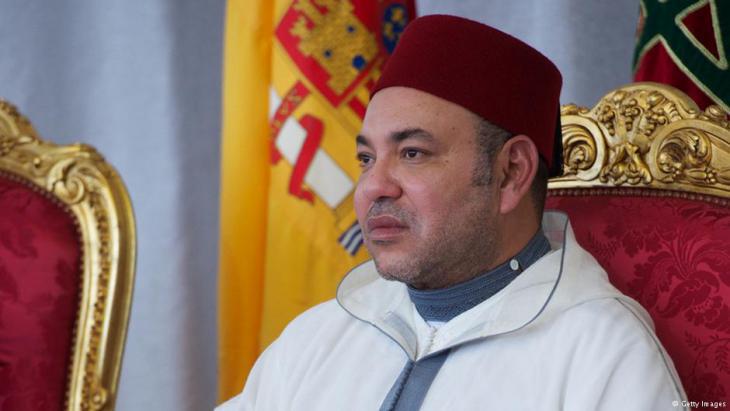 Carrot and stick: from the outset, the Moroccan state has pursued a strategy of appropriation in its dealings with Islamist movements. Those groups that don′t give in to incentives are subjected to an all-out offensive until their resistance is broken and all they can do is beg, scrape and bow

For example, the Ministry for Awqaf (religious foundations) and Islamic Affairs is – as recently addressed by Benkirane – formally part of the government, but at the same time directly controlled by the monarchy.

This interrelation also applies to the country′s Islamist movements, which emerged in Morocco for the most part as da'wa activities and thus enjoyed the protective hand of state authority. With the exception of the movement "Justice and Spirituality" (Al-Adl wa al-Ihsan), this sets them apart from Islamist movements in the eastern Arab world, which have always been in conflict with their nations' ruling powers.

By contrast, the Islamist movements in Morocco – in particular those that were involved in the foundation of the Party for Justice and Development (PJD) – emerged with the energetic support of the state. In the beginning, they were intended to form a counterweight to the left-wing opposition, to later fill the vacuum created by the decline of the leftist parties. The state had an active interest in retaining control over this process and steering it accordingly.

From the outset, the Moroccan state has pursued a carrot-and-stick strategy of appropriation in its dealings with Islamist movements. Those groups that don′t give in to incentives are subjected to an all-out offensive until their resistance is broken and all they can do is beg, scrape and bow.

This is currently happening to the leaders of the Salafist movement who have just come out of prison and are now striving to establish political parties. To reach this goal, they have declared their allegiance to the state and even seem willing to enter into a pact with the devil. Even though that very devil happens to be a former intelligence service officer still tarnished by alleged involvement in the state repression of the "Years of Lead", under which Morocco suffered during the 1960s, 70s and 80s.

Although the party for Justice and Development (PJD) is being presented by its leader as a "civic political force", it does however have a missionary arm in the form of the "Movement for Unity and Reform", with which it has an ambivalent and complex relationship. 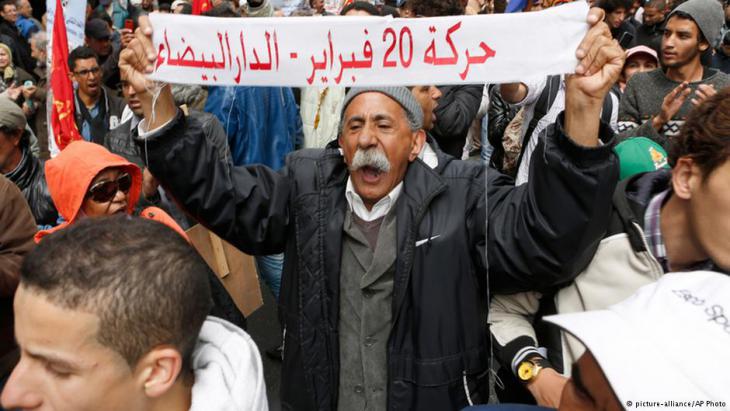 Morocco's "deep state" shares power: in July 2011, nationwide protests took place against the "Makhzen", against corruption and nepotism as well for greater democratic participation. But in the end, the "February 20 Movement" protest did not create enough momentum to force Morocco's rulers to make far-reaching democratic concessions

From a legal point of view, this movement is independent of the PJD. But in its capacity as a civic da'wa organisation, it remains the missionary arm of the party, upon which the PJD is reliant for its work as a political-civic organisation.

Both are pursuing the same project in their own way, although the institutionalisation of religion is paramount for the "Movement for Unity and Reform", while for the PJD it is the reform of the political system. The word "reform" is not only to be understood as a reference to the moderate approach apparently represented by the party, it is also used because Moroccan political practice generally avoids terms such as "upheaval" or "revolution".

With regard to the orientation of the party and its missionary arm, similarities prevail. It is almost as the focus is merely about a sophisticated distribution of roles, aimed at obfuscating the interdependence of the religious and political spheres. Yet despite the formal division that manifests itself in their structural autonomy, both organisations share very similar programmes and fundamental strategic goals.

The close relationship between religion and politics in the Islamic world has historic roots and is both complex and multi-layered in nature. The overlaps and divisions are anything but clear and clean. As a result it is impossible to tell where politics begin and religion ends.

Appropriate demarcation of both spheres requires more than simply drawing a line between the pulpit of the preacher in the mosque and the politician's platform.

The problem does not lie in the location of the pulpit, but in a discourse that is characterised by the blending of religious missionary work and party politics. Discourse within the da'wa movement is currently assuming a more political character. This is because the da'wa movement is calling on people to get involved in politics and vote for the party that can most be trusted to provide religion with the status that befits it.

By contrast, those parties that call on their supporters to perpetually uphold the values of religion and follow its directives, thus working towards the establishment of a divine order on Earth are also pursuing a political agenda, albeit couched in religious terms.

Moroccan author and journalist Ali Anouzla launched lakome.com, a website banned by the country′s authorities in 2013. In the same year, Anouzla was pronounced a ″Leader of Democracy″ by the U.S. organisation POMED. Since March 2016 he has been a guest of the Hamburg Foundation for Politically Persecuted People.

Although many Arabs express sympathy for the Ukrainian people, social media reveals a current of support for Russian President Vladimir Putin that is rooted in polarisation, ... END_OF_DOCUMENT_TOKEN_TO_BE_REPLACED

As Pride Month draws to a close, Richard Marcus delves into Saqi Books’ latest publication, "This Arab is Queer". Edited by Elias Jahshan, this anthology of essays is remarkable ... END_OF_DOCUMENT_TOKEN_TO_BE_REPLACED

Algeria's decision to unilaterally sever diplomatic ties with Morocco in August 2021 – days after the presidency announced in a statement their relations would be reviewed – was ... END_OF_DOCUMENT_TOKEN_TO_BE_REPLACED

Madrid's about-face on the Western Sahara conflict has enraged Algeria. Trade relations have been frozen unilaterally and a cut in gas supplies to Europe could be in the pipeline ... END_OF_DOCUMENT_TOKEN_TO_BE_REPLACED

With regard to gender justice, things look bleak in the Arab world. Laws typically discriminate against women, while national legislation all too often does not comply with the ... END_OF_DOCUMENT_TOKEN_TO_BE_REPLACED

END_OF_DOCUMENT_TOKEN_TO_BE_REPLACED
Social media
and networks
Subscribe to our
newsletter