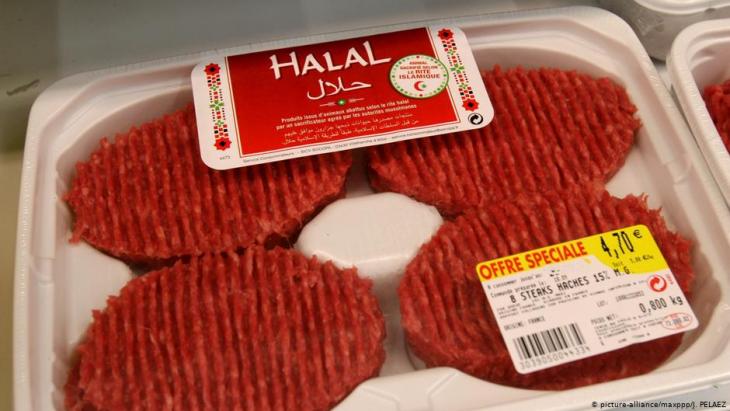 The European Union's top court has deemed kosher and halal slaughter incompatible with animal welfare. This is a grim day for religious freedom in Europe, writes Christoph Strack

In Europe, leaders often laud the continent's Judeo-Christian heritage. Not only that, 75 years after the industrial mass murder of European Jews in the Shoa, German and European leaders celebrate the return of flourishing Jewish life on the continent. They welcome the fact that liberal, conservative and orthodox Jews are once more part of Europe's social fabric.

But for how much longer, given the European Court of Justice (ECJ) ruling that upheld a ban on kosher and halal slaughter in Belgium? The practice is only banned in two or three Belgian regions.

Belgium's top court had called on the ECJ to determine whether the ban on kosher and halal slaughter – i.e. without stunning the animal – is compatible with the Charter of Fundamental Rights of the EU and its enshrined principle of religious freedom. The bloc's top court ruled the ban legal, dealing a blow to pious Jews and Muslims across Europe.

For decades, there have been heated political discussions in Europe over whether to outlaw ritual slaughters. Several courts have ruled on the issue as well – including in Germany. Within the past 20 years, Germany's constitutional court often examined the issue, reaching wise verdicts in favour of religious freedom. 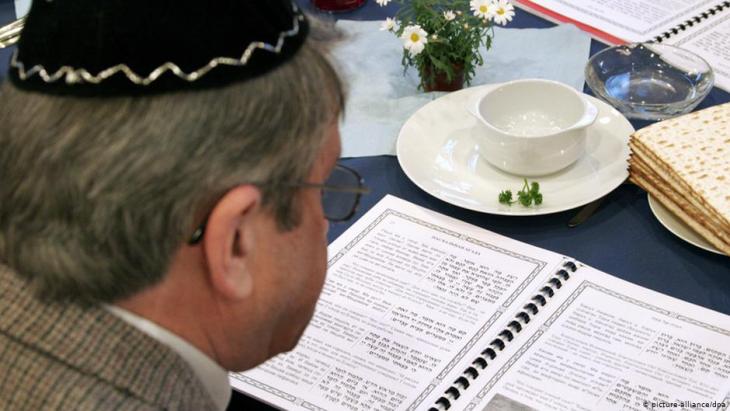 Europe's double standards: "do not stress the absolute primacy of animal welfare and turn a blind eye to Europe's meat industry. Consulting the figures quickly shows that kosher and halal slaughter are a marginal issue compared to any one of the continent's meat processing plants, where livestock are pumped full of chemicals, industrially killed and processed. Granted, they are stunned before being killed. But this is merely to salve one's conscience," writes Strack

The court upheld the ban on stun-free slaughter – but with exceptions that may apply for those who, for religious reasons, say they can only consume kosher or halal meat. This right, therefore, applies to Jews and Muslims alike, as this is broadly speaking a question of religious freedom.

As European societies grow progressively secular, more and more people take offence at certain religious practices. This pertains to certain rituals, religious needs and sensitivities; religion is no longer taken as seriously as it once was.

A recently planned protest march of coronavirus deniers and conspiracy theorists, for instance, was allowed to go ahead after being re-branded as a religious service. This makes a mockery of religion, even though some may have secretly admired the protesters for thinking on their feet.

Measures to curb the coronavirus outbreak, and how they have been publicly communicated, have not always been easy to stomach for religious people. Sure, German Health Minister Jens Spahn, Foreign Minister Heiko Mass and Justice Minister Christine Lambrecht joining Berlin's Jewish community to light Hanukkah candles – all while social distancing – sent a strong message of solidarity. Yet the introduction of night-time curfews in parts of Germany, even on Christmas Eve, has irked many Christians, for whom Christmas services are among the most cherished events of the year.

But back to kosher and halal slaughter. We should be able to tolerate people's religious practices. In this instance, animal welfare advocates are at loggerheads with religious representatives. Germany's top court, which has ruled on the issue, imposed strict limitations on ritual slaughters. It allows certain exceptions that allow religious people to be able to continue practicing their faith in Germany.

Bans on such forms of animal slaughter in Belgium, and elsewhere, arose over debates over the way Islam is practiced in Europe. Individuals sought to impose tighter rules on Islam on the continent – yet also hit Europe's Jews.

Muslim and Jewish representatives joined forces in challenging the Belgian ban in court. And several months ago, Pinchas Goldschmidt of the Conference of European Rabbis (CER) and Muhammad bin Abdul Karim Issa of the Muslim World League even published a joint letter – replete with a joint letterhead – on the issue.

Another exodus of Jews from Europe?

Back then, Jewish leaders were worried that if EU judges upheld the Belgian ban on kosher slaughter, other countries could follow suit. They projected that this would compel thousands of Jews to leave Europe. Now, the ECJ has spoken on the matter. This is a very sad, indeed fateful, day for religious freedom in Europe.

And by the way: do not stress the absolute primacy of animal welfare and turn a blind eye to Europe's meat industry. Consulting the figures quickly shows that kosher and halal slaughter are a marginal issue compared to any one of the continent's meat processing plants, where livestock are pumped full of chemicals, industrially killed and processed. Granted, they are stunned before being killed. But this is merely to salve one's conscience.

One year after the burka ban in the Netherlands, Muslim women are reporting increased discrimination and violence. Adding to the frustration, face masks against coronavirus have ... END_OF_DOCUMENT_TOKEN_TO_BE_REPLACED

At the Goethe-Institutʹs Tashweesh Festival, artists and intellectuals from North Africa, Europe and the Middle East meet to discuss stereotypical gender images. By Caren ... END_OF_DOCUMENT_TOKEN_TO_BE_REPLACED

Belgium has been fighting religious radicalisation since it became painfully obvious that Islamists were operating in the country. Art and humour have become tools in the battle ... END_OF_DOCUMENT_TOKEN_TO_BE_REPLACED

In contrast to other cities in Belgium, violent Islamists have found next to no adherents in Mechelen. This is primarily due to the efforts of Mayor Bart Somers: he demands that ... END_OF_DOCUMENT_TOKEN_TO_BE_REPLACED

Iranian women′s rights activist Darya Safai fights the stadium ban for Iranian women from her exile in Brussels. An interview on her protest during the Olympic Games in Rio, the ... END_OF_DOCUMENT_TOKEN_TO_BE_REPLACED

Bader has achieved significant acclaim both in Arabic and in translation as an author of philosophical fiction. The Iraqi writer′s twelfth novel, ″Al-Kafira″ (The Infidel Woman), ... END_OF_DOCUMENT_TOKEN_TO_BE_REPLACED
Author:
Christoph Strack
Date:
Mail:
Send via mail

END_OF_DOCUMENT_TOKEN_TO_BE_REPLACED
Social media
and networks
Subscribe to our
newsletter