Norms only within limits

We should, however, separate this from the question of which behaviours required by a religion must be accepted by the free democratic state and which it can prohibit.

The fact that a faith community determines its own beliefs does not mean that it can be allowed to implement them unhindered. The right to live according to the commandments of your faith also falls under the protection of the basic right of religious freedom. But because it can conflict with the same right of other believers or religious communities, other basic rights, important community assets and the general law of the land, it is less firmly enshrined than the right to self-determination of beliefs.

Freedom of religion only exists in multi-faith societies when no single religion is allowed to make its truth generally binding. 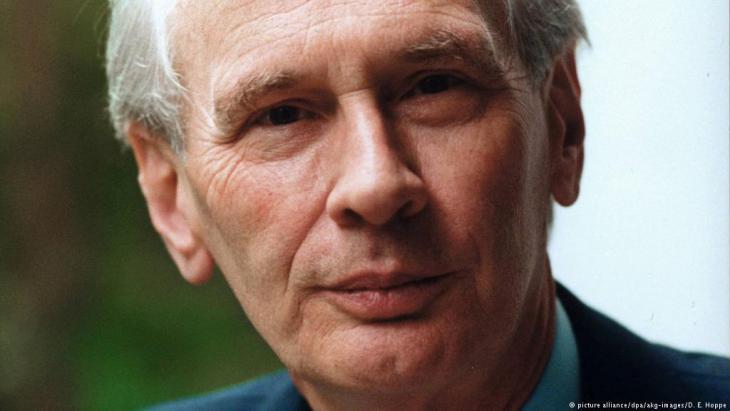 Judge at Germany′s Federal Constitutional Court from 1987 until 1999, Dieter Grimm subsequently held a professorship at Berlin′s Humboldt University until 2005. From 2001 until 2007 he was director of the Wissenschaftskolleg in Berlin

This means that the claim made by religious communities to be absolute can only ever be valid for their own believers, inside that religious community and not for the general population; and even then, only insofar as it is voluntarily followed.

The secular state must not make its coercive power available for pushing through religious norms. Yet even voluntary subjection to religious norms can only be accepted within certain limits. These limits are set by the non-negotiable basic principles of the constitution – above all, human dignity.

Even basic rights are subject to limitations

Behaviour required of believers that conflicts with these principles cannot be tolerated even within a religious community. If beliefs go against the highest principles of secular order, then the state is duty bound to provide protection for believers against their own faith community. Outside the area of non-negotiable principles, however, a more lenient approach can be taken, as long as the demands of a faith don′t conflict with general laws. Such a conflict can be solved neither one-sidedly in favour of the general laws, nor one-sidedly in favour of the freedom of religion, which is neither the only nor the highest basic right. Like all basic rights, it is subject to certain limitations.

Where religiously motivated behaviour starts to run counter to generally applicable laws, we must carefully weigh up the general concerns expressed in the law and the basic right to freedom of religion. Sometimes this leads to the enforcement of the general law and sometimes to dispensations made out of consideration for the religion.

These principles also apply to the particularly delicate relationship between religious freedom and the freedom of opinion, the media and the arts. These are also basic rights and as such enjoy the same protection as religious freedom. The duty to protect religion in constitutional law cannot therefore immunise religion against criticism. This is all the more important since the democratic form of government depends on the freedom of communication.

The harder a religion tries to influence public order, the more it must be subject to argument and opposition and this is something it has to bear. This opposition includes mockery and satire, provided these don′t involve vilifying people because of their religion, or inciting hatred against believers.

No faith has to be compatible with the German constitution, but not everything a faith demands can be realised under the constitution.

Home
Print
Newsletter
More on this topic
The rights of Muslims in Germany: Protected by the German constitutionInterview with Friedrich Wilhelm Graf: "We should not baptise the Basic Law"Islam and Enlightenment: Of culture clash and Constitution
Related Topics
AfD | Alternative for Germany, Christianity, Criticism of Islam, Freedom of religion, Islam and democracy, Islam in Germany, Muslims in the West, Right-wing populism, Rule of law
All Topics

One in four people in Germany has a migration background, but less than 8% of the members of parliament have foreign roots. Germany is out of touch with reality, says Maissun ... END_OF_DOCUMENT_TOKEN_TO_BE_REPLACED

Germany’s electorate includes some 7.4 million citizens with international roots, while many more millions of residents from abroad aren’t allowed to vote. Both groups are often ... END_OF_DOCUMENT_TOKEN_TO_BE_REPLACED

Germany's foreign policy is explicitly values-based. But what happens, Ralf Bosen asks, when democracy, the rule of law and human rights collide with the logic of trade and ... END_OF_DOCUMENT_TOKEN_TO_BE_REPLACED

No other Western poet was arguably so well-versed in the Koran or so fascinated by Islam as Germany's national hero, Goethe. In a new publication that examines all Goethe's ... END_OF_DOCUMENT_TOKEN_TO_BE_REPLACED

Migrants are often maligned as being responsible for Europe's problems. Yet their integration is in Europe's interest. Michael Thaidigsmann believes that a long-term vision is ... END_OF_DOCUMENT_TOKEN_TO_BE_REPLACED

How could the Afghan government and its institutions collapse so quickly? That things were going wrong in Afghanistan had been obvious for a long time, yet the West preferred to ... END_OF_DOCUMENT_TOKEN_TO_BE_REPLACED
Author:
Dieter Grimm
Date:
Mail:
Send via mail

END_OF_DOCUMENT_TOKEN_TO_BE_REPLACED
Social media
and networks
Subscribe to our
newsletter