Religious fanatics have long been waging a campaign in the courts and the media intended to silence critical intellectuals. The prominent political scientist Amr Hamzawy calls for a public debate on the issue of the status of Sharia in the Egyptian constitution

A gloomy outlook for press freedom and freedom of expression: the Egyptian state does too little to prevent the abuse of religion as a tool to restrict freedom of opinion

​​ Religion is often used in Egyptian public debate as a means to justify the imposition of bans, or to intimidate and suppress the free expression of opinion. As a result, religion has been reduced to just this role, and it is moving away from its original higher purpose as a system of faith and values which should offer guidelines for right living to society as a whole and to its citizens as individuals.

There have already been several cases this year which show the trend. In April the administrative court in Cairo decided that the quarterly magazine of the General Writers' Association "Ibda" ("Creativity") should lose its licence. The magazine had printed "Leila Murad's Balcony", a poem by Hilmi Salem, which the court regarded as blasphemous.

Later in the year, representatives of religious groups initiated a campaign in the courts and the media which is still continuing. They want to force the Ministry of Culture to revoke state medals for social science awarded in June to Sayid al-Qimani and Hassan Hanafi.

The two well-known writers were accused by the initiators of the campaign of having called "Islam" into question by repeatedly warning against the interference of religion in art, literature and science. In fact the two men who were being attacked merely wanted to demonstrate that religion was being called upon as the sole and final authority to condemn works, rightly or wrongly, whose main motivation was free creative thought and action.

This Egyptian sickness is not just limited to Muslim circles, as in these two examples from this year. It can be found also in the continuing protests of Coptic Christian institutions and leaders against literary and other works, such as the novel "Azazil" (Hebrew for "Devil" or "Hell") by Jussuf Zidan, or against a number of recent films such as "I love the movies" by Ossama Fawzi or "1:0" by Kamila Abu Zekra.

The background and the causes of this phenomenon are varied and would require an objective and constructive dialogue to loosen the interdependence of religion and freedom of opinion, for the benefit of both.

Friction between religion and freedom of opinion

Article 47 of the Egyptian constitution proclaims: "Freedom of opinion is guaranteed. Every person has the right to express his opinion publicly in speech, writing, picture or using other forms of expression within the legally defined limits. Self-criticism and constructive criticism are guarantors for the welfare of the nation." And in Article 49 the state assures its citizens of "the freedom of academic research, literary, artistic and cultural activity," and promises "the provision of the necessary means to promote them." 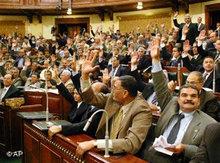 ​​ In practice these constitutional guarantees of scientific and artistic freedom and freedom of opinion are restricted by four highly significant factors.

Firstly, the constitution itself includes articles which lead in a totally different direction. Article 2, above all, states: "Islam is the state religion and the Arab language the official language. The principles of the Islamic Sharia are the main source of legislation." And Article 12 says: "Egyptian society is committed to respect and protection for morality, the promotion of authentic Egyptian tradition and the maintenance of a high level of religious education, moral values and general well-being."

Such articles have been exploited by certain circles to win court decisions which severely restrict freedom of opinion in the name of protecting religion.

These people campaign loudly to prevent the state and its legislative and executive organs from passing laws and regulations which contradict Sharia or which attack what they hold sacrosanct. The court decision to withdraw Ibda's licence was based on these two articles of the constitution, as is the campaign to revoke the medals.

Secondly, a whole series of laws and regulations work towards the restriction of the constitutional guarantees of freedom of opinion and expression. Law 102 of 1985 regulates the publication of editions of the Koran and collections of the sayings of the Prophet Mohammed. On the other hand, an order of the state council from 1994 restricts the authority of the renowned Al-Azhar University and the Ministry of Culture with regard to artistic and audio-visual works on Muslim topics.

An order of the Justice Ministry from 2004 entitles inspectors of the Al-Azhar University to act as a kind of extraordinary bailiff, with the right to confiscate religious printed material, sound recordings and sermons if they go against the rules of Sharia or Muslim principles and values.

The right to censor and confiscate

This means that in practice, the Al-Azhar University and its Academy for Islamic Studies has the right to censor and confiscate not only religious works, but also artistic, literary and academic works on the grounds of statements which contradict religion. And indeed in recent years, many works of the most varied kind, from prose to poem, from creative literature to academic sociological writings, have been confiscated on the instruction of the Academy of Islamic Studies.

Thirdly, court judgements, especially those of the administrative courts, remain inconsistent. Sometimes they defend freedom of opinion, sometimes they suppress and circumscribe it. 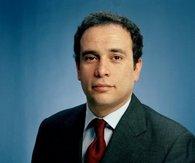 Hamzawy says that the existence of a grey area in the law has an influence on the political behaviour of the Egyptian state, which continually wavers between its roles as secular and religious authority

​​ Two particularly egregious examples: At the end of 2007, the administrative court rejected a judge's attempt to close a number of internet sites (case 15575). The written judgement justified the ruling on the basis of the fact that freedom of opinion was under all circumstances to be promoted and protected.

And now the same court has, with its ruling on Ibda, trampled the same rights underfoot that it was protecting back then. This inconsistent position has created a legal grey area which can be exploited by institutions like the Academy for Islamic Studies or representatives of religious groups to increase the number of confiscations and bans, and which encourages them to call on the state more energetically to implement such rules more assertively.

Fourthly, this grey area dominates the entire activity of the Egyptian state, which itself wavers backwards and forwards between its roles as secular and religious authority.

Aside from the fact that the state - quite apart from the religious issues - has a poor record in defending freedom of opinion in politics, intellectual life and journalism, any observer of the situation in Egypt will see that the state has to perform a difficult balancing act between opposite poles: collaboration with socially influential religious institutions and groups on the one hand, and bringing about reforms in the justice and legal systems and policies to secularise and modernise society on the other.

Problematic position of Sharia in the constitution

It is the same state, represented by its legislative and executive organs, which, on the one hand, has reformed, modernised and liberalised laws on personal status and the protection of women and children, which has changed the basis for citizenship in the revised constitution of 2007, and whose Ministry of Culture had the courage to award honours to al-Qimani and Hanafi, as well as to Hilmi Salem in 2007.

But it is the same state which, on the other hand, does not allow a debate on the role of the Sharia in the constitution and which lets the Al-Azhar University do what it likes, and lets it confiscate and ban as it sees fit, and even increases the level of its legal backing.

In fact, the chairman of the General Writers' Association, the publishers of Ibda, had tried to avoid problems in advance by not publishing part of the controversial poem, for fear of the religious institutions. His caution didn't help, and the court still took the licence away.

I firmly believe that the inconsistent position of the state is due to the lack of a clearly thought-out plan to bring about an institutionalised, enlightened discourse on the issues.

The state does not adequately commit itself in an organised fashion to bringing the country's secular organs on board, so that abuse of religion as a means of restricting freedom of opinion can be prevented.

Amr Hamzawy is a Senior Associate at the American think tank, the Carnegie Endowment for International Peace in Washington.

Gender Equality and the Sharia
Thirty Egyptian Women Assume Judgeships
After a decision by the Supreme Judicial Council the judicial world in Egypt is split along those who encourage the presence of women on the bench and between those who strongly object to female presence as a practise that goes against the shari'a. Nelly Youssef reports

Azhar Scholars Debate the Civil Society
Let's Not Talk About Politics!
Scholars at the Islamic Azhar University welcome civic participation – just as long as it stays apolitical, as Lennert Lehmann writes in his analysis

END_OF_DOCUMENT_TOKEN_TO_BE_REPLACED
Social media
and networks
Subscribe to our
newsletter