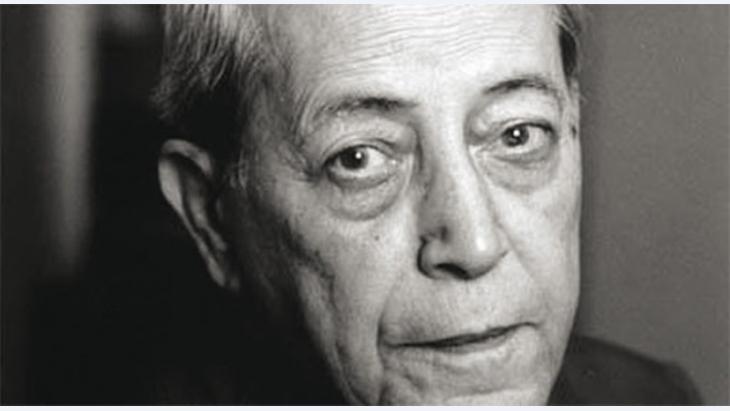 21 July marks the centenary of the birth of Mohammed Dib, one of the founding fathers of French-language Algerian literature. Born in 1920 in Tlemcen, Algeria's national writer spent the greater part of his life in exile. He passed away on 2 May 2003 in the Parisian suburb of La Celle-Saint-Cloud. By Regina Keil-Sagawe

He may have had the appearance of a British gentleman, but in 1993 he said: "We will always be regarded as the immigrants and gypsies who camp on the edge of town and are suspected of stealing the locals' chickens." The following year, he became the first Maghrebi author to receive the Grand Prix de la Francophonie from the Académie Française. More than once, he was spoken of as a potential winner of the Nobel Prize for Literature. Mohammed Dib was the grand seigneur of French-language Algerian literature and one of the greats of world literature as a whole.

He was born into an impoverished artistic middle-class family that upheld the courtly legacy of Moorish Andalusia in the western Algerian city of Tlemcen in 1920. He tried out various ways of earning a living – as a teacher of nomadic children in a rural school, a bookkeeper, an army interpreter, a journalist and a carpet designer – before finding his true calling: writing.

His autobiographical photo essay Tlemcen ou les Lieux de l'Ecriture (which translates as "Tlemcen or Places of Writing") provides a moving insight into the milieu of Dib's childhood and youth. A new, expanded edition has just been published in Algeria (by Editions Barzakh) with a foreword by Waciny Laredj and a new design by Louise Dib, who has inherited her grandfather's artistic talent. 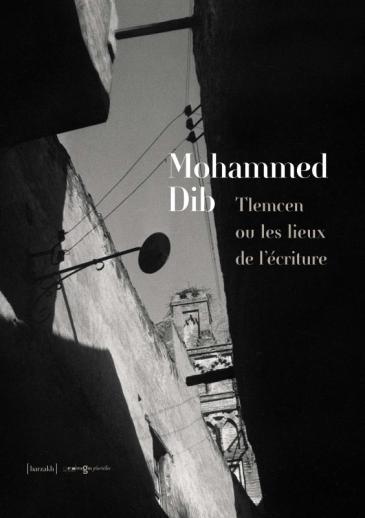 According to Regina Keil-Sagawe, Mohammed Dib's autobiographical photo essay "Tlemcen ou les Lieux de l'Ecriture" provides a moving insight into the milieu of Dib's childhood and youth. A new, expanded edition has just been published in Algeria by Editions Barzakh with a foreword by Waciny Laredj and a new design by Louise Dib

La grande maison, which was published in Germany as Das große Haus, was the first ever novel by a Maghrebi author to be translated into German (Volk&Welt, East Berlin). In it, Dib painted a picture of the terrible poverty and the burgeoning revolts among the Algerian population under the French colonial regime at the start of the Second World War. Alongside Henri Alleg and Kateb Yacine, he got involved with the Communist Party, writing social criticism articles for the Party paper Liberté and the Alger Républicain, and was promptly expelled from the country by the colonial authorities. In 1959, he and his wife Colette Bellissant initially settled in the south of France.

But Dib was never able to re-establish himself in post-colonial Algeria, where the FLN's one-party regime refused to tolerate any criticism. Nevertheless, his extensive body of work (which grew to 37 volumes written over the course of 51 years, including novels, poetry, plays, essays, short stories, folk tales and children's stories) had Algeria at its heart to the very last, even if his later works were set elsewhere in the world.

The literary equivalent of Guernica

Right to the very end, Mohammed Dib experimented with literary forms and themes, and right to the end, he remained true to his humanistic aspirations, insisting that an author's literary ambition and his ethical responsibility must be a unified whole.

His Algerian trilogy – which was translated into 20 languages, filmed for Algerian television in 1974, and is still a staple of the curriculum for Algerian schoolchildren – was written in a naturalistic style. But the horrors of the Algerian war of independence (1954–1962) led to a radical change in Dib's writing. From then on, his work included surreal and dreamlike elements and borrowed from depth psychology, mysticism and science fiction.

In the foreword to his fantasy novel Qui se souvient de la mer (1962; published in English as Who Remembers the Sea, 1985), which uses apocalyptic images to create a nightmarish fresco of the war of independence, Dib explicitly drew on Picasso's painting Guernica, as he wondered: "How can one write about Algeria after Auschwitz, after the Warsaw Ghetto, after Hiroshima?"

Home
Print
Newsletter
More on this topic
Book review: Alice Zeniter's "L'Art de perdre": Rediscovering a lost chapter of (family) historyThe Algerian writer Kamel Daoud: Who is the Arab man?Obituary: the Algerian writer Malek Alloula – A prophet unaccepted in his own countryObituary: the Algerian author Assia Djebar – Trailblazer for her country, her gender and her continentLiterature and collective trauma in Algeria: Moving beyond the examination of history
Related Topics
Algerian War, Arabic literature, Colonialism, Literature, Migration
All Topics

Napoleon Bonaparte’s 1798 invasion of Egypt represented the first modern attempt to incorporate an Islamic society into the European fold. Although the expedition was a military ... END_OF_DOCUMENT_TOKEN_TO_BE_REPLACED

Among the greatest threats to Algeria’s 1,622 km long coastline are irresponsible fishing practices and a complacency about marine pollution, especially plastic waste. The HOME ... END_OF_DOCUMENT_TOKEN_TO_BE_REPLACED

A heated debate is raging in the Islamic world about whether the religious and political spheres in Islam are one and the same. Before this matter can be settled, the terms " ... END_OF_DOCUMENT_TOKEN_TO_BE_REPLACED

According to the latest Reuters tally, more than 2.54 million people are now reported to have been infected by the novel coronavirus globally and 177,004 have died. As Muslims ... END_OF_DOCUMENT_TOKEN_TO_BE_REPLACED

Ramadan begins this week even as the coronavirus pandemic up-ends life around the world. The crisis is forcing Muslims to re-think traditions and find new approaches to one of ... END_OF_DOCUMENT_TOKEN_TO_BE_REPLACED
Author:
Regina Keil-Sagawe
Date:
Mail:
Send via mail

END_OF_DOCUMENT_TOKEN_TO_BE_REPLACED
Social media
and networks
Subscribe to our
newsletter