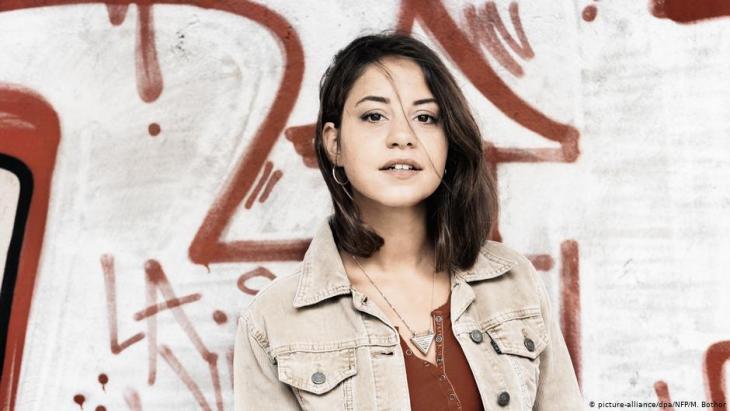 "A Regular Woman" – the story of an honour killing

Feature film "A Regular Woman" by director Sherry Hormann tells the true story of Hatun Aynur Surucu, shot was dead in 2005 by her own brother to "protect the family honour". The haunting work gives a voice to the victim. By Ceyda Nurtsch

"I was an honour killing" and "The bundle under this shroud is me": through sentences like these, an off-screen voice speaks in the name of Hatun Aynur Surucu, who was shot by one of her brothers on the street in 2005. The film "A Regular Woman" unsparingly recounts her story.

Born in Berlin in 1982 to Kurdish Sunni parents from Turkey's East Anatolian Erzurum province, Aynur was one of nine children. Her family took her out of school when she was 16 and married her off to a cousin in Turkey. She left her abusive husband, however, and returned to Berlin, pregnant.

At first, the young, independent and strong woman lived with her family, but in hopes of a self-determined life, she moved with her son to a hostel for single mothers, despite great resistance from her family. The young mother moved on to an apartment, she consulted a therapist, went back to school to finish her degree, took off her headscarf and began an apprenticeship as an electrician.

At the age of 23, almost done with her training and ready to move to Freiburg to continue her education, one of her brothers shot her in the head three times at a Berlin bus stop. The gruesome murder triggered a heated debate about forced marriages and values in Muslim families in Germany. 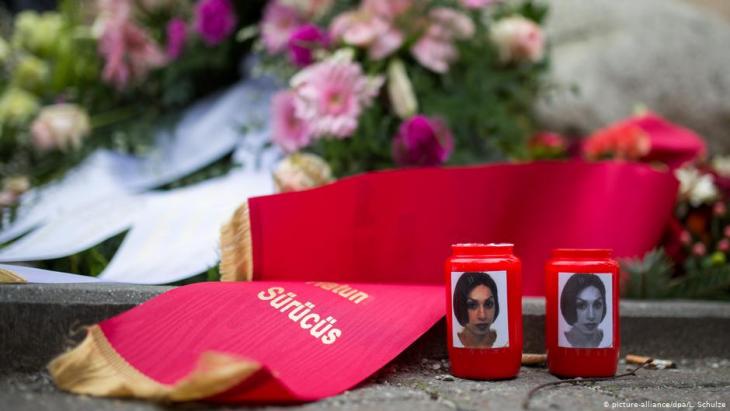 Giving victims a voice: Hatun Surucu's life ended at the age of 23 at a Berlin bus stop in 2005. She was shot three times by her youngest brother. The case shook many – and sparked debates about integration. Now the story of the young woman is coming to the cinema. "A Regular Woman" recently premiered in New York at the Tribeca Festival

Fourteen years after the murder, filmmaker Sherry Hormann decided to revisit the story of Hatun Aynur Surucu because she found it very moving. "After all these years, it has to be told again, because our society is changing so much, because we are increasingly fencing ourselves in," the director said at the film premiere at Kino International in Berlin.

At the beginning of the film, the characters only speak Turkish, until one protagonist says, "Oh right, you don't understand us," so they all switch to German. The film is not aimed primarily at a German-speaking audience, however, Hormann said, adding that the matter at hand concerns us all. "It's about self-determination, about women's self-determination, and our self-determination as human beings, too."

Documentaries were already made about the case, but testimonies primarily came from the men involved in the story – the killer, the brothers, which is why producer Sandra Maischberger felt it was important to give Aynur a voice. "She fought a battle that many women still lead today," she said. Not all of them face the same dramatic fate, but they share the same battle against male dominance and for self-determination, she added.

Interspersed with footage of the real Aynur, the film is shot documentary-style. In one scene, we see Aynur's father at the mosque, ill and overstrained, while we hear his daughter's favourite music, hip-hop. The film shows how all family members, including the sisters, heartlessly treat Aynur, who does not want to break with her family. They exclude her from the community. The film does not cater to stereotypes along the lines of "Western free world against fanatical Muslim world"; it also denounces for instance the legal system through which only the brother that confessed to the crime was sentenced – a juvenile who faced a reduced sentence.

"It should not happen, but unfortunately it does"

"A Regular Woman" does not try to delve into the family's psychological or social situation, but focusses on Aynur and what she has to say. That makes the discrepancy between the dead woman's emotionless voice and her highly emotional story all the more effective.

"The voice-over that tells the story from the perspective of a dead person was a challenge," says Almila Bagriacik, who plays Aynur. "When someone dies, a lot of people have an opinion about what she was like and why she died, but the deceased can't say anything at all." It was important to her, the actress said, to get the voice-over right, without allowing her own emotions to seep in.

People from migrant families complain that the German media tend to make a big deal of isolated cases of honour killings, while similarly violent acts in non-migrant families get little attention because they are regarded as "family tragedies," says Idil Uner, who also plays a role in the film.

"Both are equally bad, such things should not happen at all, neither out of jealousy nor based on strange values and life concepts. It should not happen, but unfortunately it does," she said.

The USA and NATO plan to withdraw from Afghanistan by September. The operation is risky, the outcome uncertain. Many Afghans fear civil war. The quake on the Hindu Kush will also ... END_OF_DOCUMENT_TOKEN_TO_BE_REPLACED

Among Muslims, the image of women as "cossetted hijab-wearing princesses" is frequently invoked. But Muslim women have long wanted to be more. In her essay, Karoline Roscher- ... END_OF_DOCUMENT_TOKEN_TO_BE_REPLACED

Even in times of war and pandemic, refugees are still being deported to Afghanistan. Several deportation flights have taken place in recent weeks alone. Since those affected often ... END_OF_DOCUMENT_TOKEN_TO_BE_REPLACED

On 7 March, Switzerland became the latest European country to vote in favour of a so-called "burka" ban. It was yet another feather in the cap of the right-wing populist Swiss ... END_OF_DOCUMENT_TOKEN_TO_BE_REPLACED

German Middle East analyst Guido Steinberg and television journalist Ulrich Tilgner have both published new books on the conflicts in the Middle East. Their analyses and their ... END_OF_DOCUMENT_TOKEN_TO_BE_REPLACED

END_OF_DOCUMENT_TOKEN_TO_BE_REPLACED
Social media
and networks
Subscribe to our
newsletter