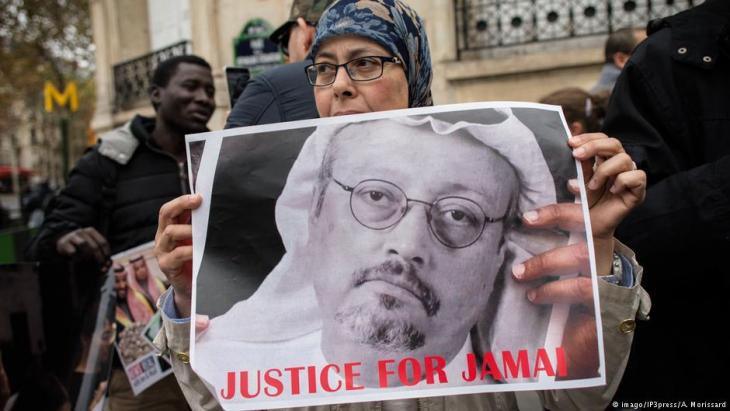 Following the death of the Saudi dissident and journalist Jamal Khashoggi, there are fears that the masterminds of the murder could go unpunished. A development that sends a fatal signal to journalism worldwide, writes Daoud Kuttab

For two months, the brutal murder of the U.S.-based Saudi journalist Jamal Khashoggi in Saudi Arabiaʹs consulate in Istanbul, and its geopolitical repercussions, has dominated headlines worldwide. But his case is far from an anomaly. In fact, according to the International Press Institute, violence against journalists and impunity for the perpetrators are "two of the biggest threats to media freedom in our world today."

Governments often use both carrots and sticks to keep journalists in line. They might reward journalists for toeing the official line, using financial or other kinds of bribes. Those who refuse to be bought, however, may suffer the loss of basic rights (such as passport renewal), or have their reputations destroyed.

To this end, some autocratic regimes emulate U.S. President Donald Trump, calling journalists "enemies" who disseminate "fake news". This is a bleak reversal for the United States, a country that has historically set a powerful positive example with its formal and informal mechanisms for protecting freedom of the press and its robust culture of investigative journalism. 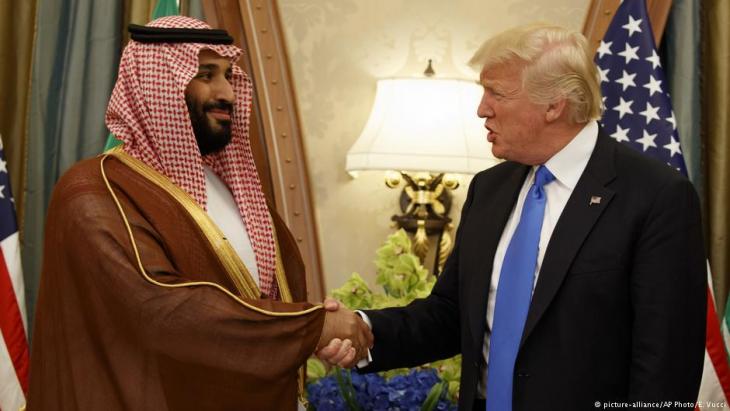 Arms deals instead of human rights and "America First": Western countries have failed to take a clear stand on the Khashoggi case, complains Daoud Kuttab. Trump, for example, has declared that he "stands by" Saudi Arabia, a close ally of the USA – largely in order not to jeopardise major arms deals with the kingdom

Imprisonment is another favourite way for autocratic regimes to silence journalists who dare to speak truth to power. In Egypt, Al Jazeeraʹs Mahmoud Hussein has been detained for two years without trial. In the United Arab Emirates, the Jordanian journalist Tayseer al-Najjar is serving a three-year sentence, which will be prolonged if his family is unable to pay the massive $136,000 fine imposed on him for a post he made on social media. In Turkey, more than 150 journalists have been imprisoned since the failed coup in July 2016, making the country the worldʹs biggest jailer of journalists.

And then, of course, there are the journalists who are forced to make the ultimate sacrifice in service of the truth. By one count, 73 journalists have been killed so far this year, and in, 12 countries five or more murders of journalists went unresolved in 2017. This includes not only violence-plagued countries like Iraq, Somalia, and Syria, but also democracies (and quasi-democracies) like Brazil, India, Mexico, Nigeria, and Russia.

Such countries – many of which are allies of the U.S. and other Western countries – have often faced no political or diplomatic price for their actions. In this sense, Khashoggiʹs murder sends a powerful message.

Saudi Crown Prince Mohammed bin Salman is widely believed to have ordered the killing. Yet journalists and human-rights activists in developing countries that benefit from or depend on financial support from Saudi Arabia are being politely (or not so politely) requested to keep quiet as MbS tours the region in order to restore his image. 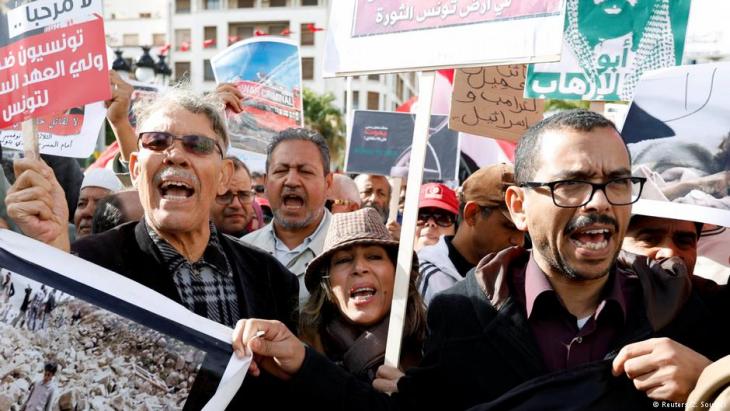 Protests against "Abul Irhab" alias Mohammed bin Salman: in many Arab countries, for example, it is a crime to carry out any action or publish anything that could hurt the reputation of "a brotherly or friendly country". So, while Tunisian human-rights activists protested MbSʹs recent visit, many Arab activists had to refrain, despite strongly opposing the Saudi leaderʹs actions, in order to avoid imprisonment

In many Arab countries, for example, it is a crime to carry out any action or publish anything that could hurt the reputation of "a brotherly or friendly country". So, while Tunisian human-rights activists protested MbSʹs recent visit, many Arab activists had to refrain, despite strongly opposing the Saudi leaderʹs actions, in order to avoid imprisonment.

Even some Western countries have failed to take a stand. Trump, for example, has declared that he "stands with" Saudi Arabia, a close U.S. ally, largely in order to protect large arms deals with the Kingdom.

The petition also looks beyond Khashoggiʹs case, calling for the enactment of "binding laws that protect journalists, guarantee their right to work in freedom, and punish those who violate this right."

Given how widespread crimes against journalists are – and how vital their work is to our societies – the petitionʹs demands deserve the support of all citizens where press freedom is restricted or under threat.

Turkey's parliamentary and presidential elections are scheduled for June 2023. But they are already casting a shadow. While the opposition is calling for early elections, ... END_OF_DOCUMENT_TOKEN_TO_BE_REPLACED

In his book "Ground Zero: 9/11 und die Geburt der Gegenwart" (Ground Zero: 9/11 and the Birth of the Present) Islamic scholar Stefan Weidner analyses the consequences of the ... END_OF_DOCUMENT_TOKEN_TO_BE_REPLACED

The rollout of coronavirus vaccines in the Middle East and North Africa is already taking place on a massive scale, with the United Arab Emirates leading the way. Nevertheless, ... END_OF_DOCUMENT_TOKEN_TO_BE_REPLACED

The Prophet Muhammad never executed anyone for apostasy, nor encouraged his followers to do so. Nor is criminalising sacrilege based on Islam’s main sacred text, the Koran. In ... END_OF_DOCUMENT_TOKEN_TO_BE_REPLACED

Surging coronavirus cases in many parts of the world have overshadowed the start of this year's Muslim holy month of Ramadan, with festivities once again curtailed by contagion ... END_OF_DOCUMENT_TOKEN_TO_BE_REPLACED

As Qatar prepares to host the 2022 FIFA World Cup, the country has come under fire for its treatment of migrant workers, with some nations calling for a boycott of the contest. ... END_OF_DOCUMENT_TOKEN_TO_BE_REPLACED
Author:
Daoud Kuttab
Date:
Mail:
Send via mail

END_OF_DOCUMENT_TOKEN_TO_BE_REPLACED
Social media
and networks
Subscribe to our
newsletter