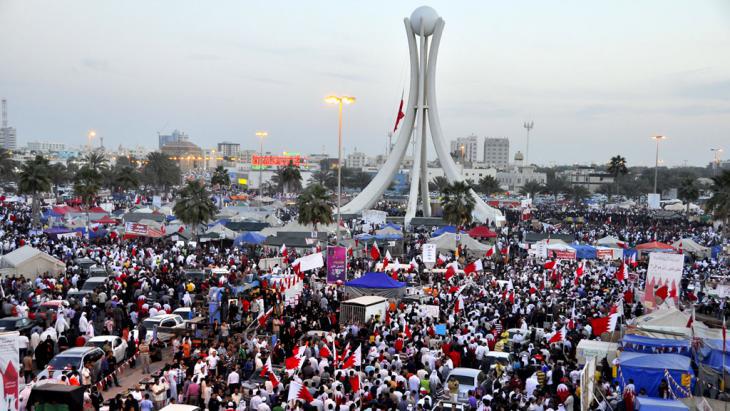 From Casablanca to Manama, from Cairo to Istanbul: coffee shops, youth clubs mosques and public areas all play an important role in modern protest movements. A research project at the Centre for Modern Oriental Studies (ZMO) in Berlin is now taking a closer look at such spaces of resistance and hope. By Jannis Hagmann

Suddenly the place was full of cars. This very spot, where the street artists' graffiti was still visible on the surrounding walls and which was now crammed with row upon row of shiny vehicles, had been Casablanca's creative hub. Young people used to flock to this culture factory known as Les Abattoirs in the east of the Moroccan coastal town to enjoy concerts, visit exhibitions and attend dance performances. Now, however, state employees were parking their cars on the grounds.

Converting the contended site of a former slaughterhouse into a car park in February 2013 was an attempt by the city authorities to reclaim the space from the artists. But the artistic community was not about to give up that easily: they mobilised supporters via Facebook, Twitter and blogs to defend their culture factory and reclaim the space.

Cities as hubs of protest activities

Whether in Casablanca, Cairo or Istanbul, spaces like Les Abatoirs became central to the protests that swept many countries of the region. Cairo's Tahrir Square (arguably the epitome of the Arab Spring) is the most prominent example. In Istanbul, protests against the Erdogan government developed in Gezi Park, a place that might at first glance seem insignificant. In Bahrain in 2011, the regime tore down a 90-metre-high monument when the roundabout on which it stood became the symbolic heart of the uprising. 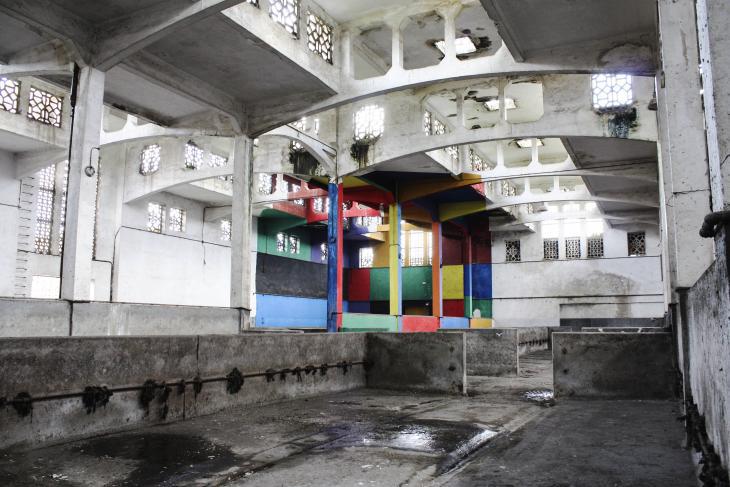 Fighting for cultural space: when the city authorities in Casablanca decided to wrest the culture factory "Les Abbatoirs" from artists by turning the grounds into a car park, the artists used social media to fight back. To this day, "Les Abbatoirs" still functions as a cultural centre

Spaces – or to put it more accurately, the significance of space for protest movements and political participation – are now the focus of a research project at the Centre for Modern Oriental Studies (ZMO) in Berlin. Since the so called spatial turn in social sciences, it has been widely acknowledged that space is not just a geographical dimension, but is instead in constant interaction with social conditions and practices. But as of yet, and according to Sarah Jurkiewicz, who is co-ordinating the project at the ZMO: "spaces are not given the attention they deserve when it comes to research into political participation."

The ZMO plans to change that. The project, which the researchers have entitled "Spaces of participation - Topographies of political and social change in Morocco, Egypt and Palestine", will run for three years and is funded by the Volkswagen Foundation to the tune of €400,000.

The project's focus is on the question as to why particular sites emerge as "spaces of mobilisation" in certain contexts. "In Morocco, this might be a place such as the culture factory," explains Jurkiewicz, "while in Egypt or Palestine, a youth centre or a café can emerge as a space of mobilisation."

A total of 14 researchers want to look at different activist groups and explore their relationships to space. For this, they have adopted a broad definition of political participation, thereby locating the project within a rich, sociologically inspired body of research on protests within the Arab world.

For Randa Abou Bakr, who heads the project's Egypt team, political participation is when people strive for representation. "They do not necessarily have to seek collective action," she says. Her team wants to examine the phenomenon of political cartoons that Internet users create and spread in the virtual space of the Internet. In so doing, they can make their individual voices heard, without necessarily being a part of a collective movement, says Abou Bakr. 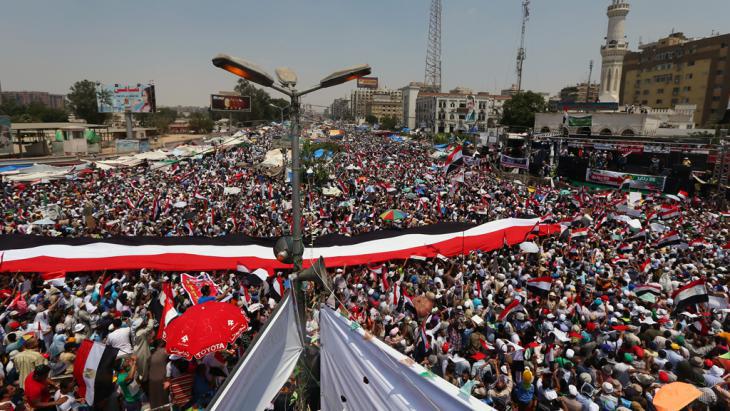 Physical space that was necessary for the articulation of claims: in the summer of 2013, supporters of the ousted Egyptian President Mohammed Morsi staged a week-long sit-in at a crossroads in front of the Rabaa al-Adawiya Mosque in Cairo, setting up checkpoints at the access roads to the junction

The unofficial privatisation of space

The protests against the ousting of Mohammed Morsi have more in common with traditional protest movements, says Abou Bakr, who teaches literature at Cairo University. In the summer of 2013, supporters of the Islamist president staged a week-long sit-in at a crossroads in front of the Rabaa al-Adawiya Mosque in Cairo. Unlike the case of the cartoons, the protesters needed the physical space to be able to articulate their claims.

These Morsi supporters erected checkpoints at the access roads to the junction. This, says Abou Bakr, was an unofficial privatisation of space that served to defy the state. The sit-in was an attempt to repeat the dynamics of Tahrir Square with an Islamic touch. Similar to the case of the culture factory Les Abattoirs in Casablanca, the protesters tried to appropriate the urban space and to remove the area from the state's control.

Incidentally, as of yet, the culture factory in Casablanca has not given way to the car park. In October, artists and activists organised the SummerLab 2014 – not just a festival, as the organisers emphasised, but a cultural event open to everybody. Artists from various disciplines were invited to experiment. Workshops, performances, discussion groups, concerts, city tours: the space was there; the people brought the ideas.

Yazz Ahmed is one of the most exciting personalities on the lively London jazz scene. Her complex musical suites combine the traditions of her Bahraini roots and jazz ... END_OF_DOCUMENT_TOKEN_TO_BE_REPLACED

Substantial numbers of schoolchildren in the Gulf are losing their ability to communicate in Arabic. The development may well herald the onset of language loss in the region. By ... END_OF_DOCUMENT_TOKEN_TO_BE_REPLACED

You can’t change regional geography, notes the political analyst Khaled Hroub. Iran and the Arabs will always be neighbours, but we can change and re-shape history and politics. ... END_OF_DOCUMENT_TOKEN_TO_BE_REPLACED

The crisis between Saudi Arabia, UAE, Bahrain and Egypt on the one hand and Qatar on the other appears to be approaching tipping point. The possibility of Doha's departure from ... END_OF_DOCUMENT_TOKEN_TO_BE_REPLACED

A little-noticed subtext to furious protests across the Middle East and North Africa against US President Donald J. Trump's recognition of Jerusalem as the capital of Israel is ... END_OF_DOCUMENT_TOKEN_TO_BE_REPLACED

In the race to buy influence, garner soft power and win over hearts and minds, those involved in the three-month old Gulf crisis are hell-bent on raising the stakes. Commentary by ... END_OF_DOCUMENT_TOKEN_TO_BE_REPLACED
Author:
Jannis Hagmann
Date:
Mail:
Send via mail