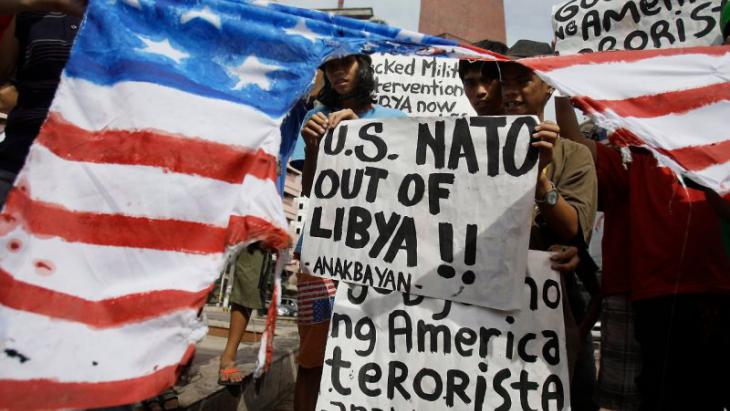 Resolving the crisis in Libya
Another fine mess 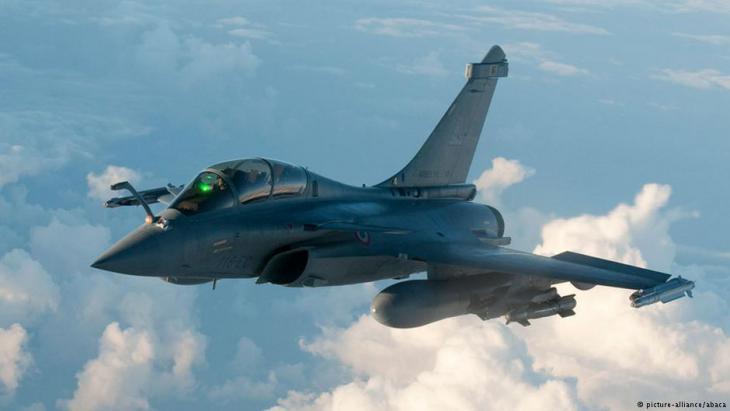 There were several accusations among the respondents that Britain was involved in the battle in Sirte for its own interests and that its real goals had more to do with stealing Libya′s wealth and resources. One student explained, ″The international community has bad faith towards Libya because it does not seek to protect civilians from IS. It seeks to dominate resources in Sirte.″

Recent comments by British Foreign Secretary, Boris Johnson, who stated during a meeting on the fringes of the Conservative party conference in October 2017 that Sirte could become the next Dubai once it had "cleared the dead bodies away", only served to amplify such suspicions.

More importantly, through its intervention, Britain has inevitably become bound up in the complex local power struggles that are tearing Libya apart. By backing the GNA in its battle to oust IS from Sirte, the UK gave the strong impression that it was supporting one side in this conflict at the expense of others. Although the GNA was conceived of as a consensus government, its rejection by some of the key forces on the ground meant that it was never anything of the sort. Nor was it ever officially approved by Libya′s elected parliament, the House of Representatives, meaning that in the eyes of many Libyans, the GNA remains an illegitimate body. 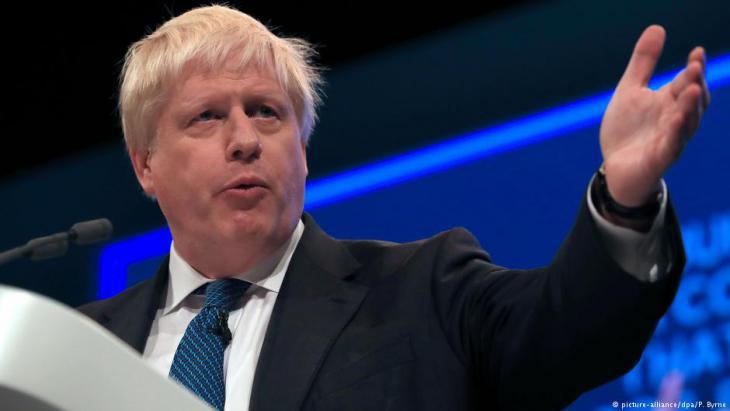 A diplomatic scandal: the British foreign minister, Boris Johnson caused a public outcry following his visit to Libya, when he declared that the country and especially the coastal town of Sirte could become an attractive destination for tourists and investors –"all they have to do is clear the dead bodies away." Until government troops retook Sirte in December 2016, Muammar Gaddafi′s home town was one of Islamic State′s last remaining strongholds in Libya

By working through the GNA and those forces that support it, Britain appeared to some Libyans, therefore, to be deliberately empowering certain elements in the wider Libyan conflict. As one civil society activist asserted, ″Without doubt, British intervention favours one side over the other.″

At the same time, local power brokers have been able to seize upon foreign intervention to discredit and undermine their opponents, accusing each other of having sold out on national sovereignty for their own gain. As one respondent explained, ″The problem for us is that members of the political class are competing for power. They empower themselves against each other through foreign parties.″

Even madder not to

Yet, in another sense the UK is damned if it doesn′t engage. Despite the dominant narrative that rejects foreign intervention, there is clearly a lot of bitterness about the way in which Libya was left to its own fate once Gaddafi had been toppled. There is clearly an appetite in Libya for international support, as long as it is perceived to be focussed on helping Libya as a whole and not just on tackling groups like IS or dealing with the migrant crisis.

Within this vein, another issue to emerge strongly from the responses was a sense that by turning its back on Libya, the international community had left the country to the mercy of regional players. Many flagged up the roles played by Egypt, the UAE, Jordan, Qatar and Turkey, who have all played their part in Libya′s conflict, backing different factions to the detriment of peace and stability. Indeed, Qatar and Turkey have backed the Tripoli and Misratan camps, while Egypt and the UAE have stood firmly behind Haftar, providing him with political support, as well as military training and assistance. 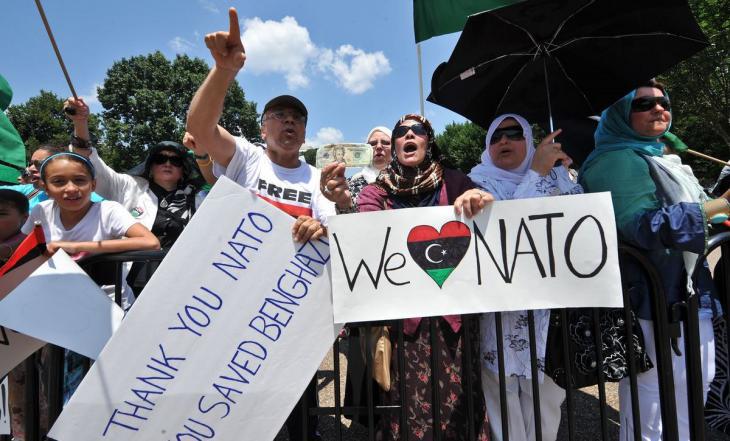 NATO comes to the aid of Benghazi in July 2011: the uprising against long-time dictator Muammar al-Gaddafi began in the east Libyan town. In 2011, he was on the brink of recapturing Benghazi from the rebels and taking revenge on the civil population. A NATO attack led by France ultimately put paid to the operation

While many of these comments reflect a somewhat contradictory position in which the international community is damned if it intervenes and damned if it stands back, there is clearly a strong feeling of resentment inside Libya that the country has been subjected to a barrage of meddling and ill-thought through interventions, none of which has had Libya′s interests at its core.

This is exacerbated by the secrecy and ambiguity over the intentions of intervening countries. Ambiguity and lack of transparency create hearsay and fuel accusations, drawing interveners into the local dynamics of the conflict, making it impossible to be seen as an apolitical or non-partisan player.

This cannot help but undermine diplomatic action. In the case of the GNA, the international intervention only fuelled accusations that it was little more than a puppet government, created by external powers and serving a foreign agenda. Such accusations weakened it further and chipped away at its legitimacy.

If nothing else, my research underscores the need for greater transparency, so that international actions and intentions can stand up to the scrutiny of the many competing local groups that will need to be brought onside if Libya is to see peace.

Alison Pargeter is a North Africa and Middle East expert who has a particular focus on Libya, Tunisia and Iraq, as well as on political Islamist movements. Her latest book is ″Return to the Shadows: The Muslim Brotherhood and An-Nahda since the Arab Spring″ (Saqi, 2016).

The catastrophic human rights situation in Bahrain is being largely ignored by the rest of the world. Despite all the damning evidence, which includes a Human Rights Watch report ... END_OF_DOCUMENT_TOKEN_TO_BE_REPLACED

The many terrorist attacks France has faced over the last ten years have poisoned the political discourse, especially when it comes to migration. Since 2012 a relentless stream of ... END_OF_DOCUMENT_TOKEN_TO_BE_REPLACED

Etel Adnan, the artist who transcended the borders of culture and language, may have died in Paris, writes Lebanese author Elias Khoury, yet her death holds a mirror up to the ... END_OF_DOCUMENT_TOKEN_TO_BE_REPLACED

Shot, beaten to death or drowned: a demonstration by tens of thousands of Algerians ended in the "Paris Massacre" on 17 October 1961. Sixty years on, historians and victims' ... END_OF_DOCUMENT_TOKEN_TO_BE_REPLACED

Western states have fought against terrorism not only in Afghanistan, but also in Syria and Iraq – leaving behind people who were once their partners in fear and poverty. Hisham A ... END_OF_DOCUMENT_TOKEN_TO_BE_REPLACED

Newly discovered aerial photographs taken by the German Luftwaffe show what a keen interest the Germans took in British-controlled Palestine during the Second World War. Not only ... END_OF_DOCUMENT_TOKEN_TO_BE_REPLACED
Author:
Alison Pargeter
Date:
Mail:
Send via mail

END_OF_DOCUMENT_TOKEN_TO_BE_REPLACED
Social media
and networks
Subscribe to our
newsletter