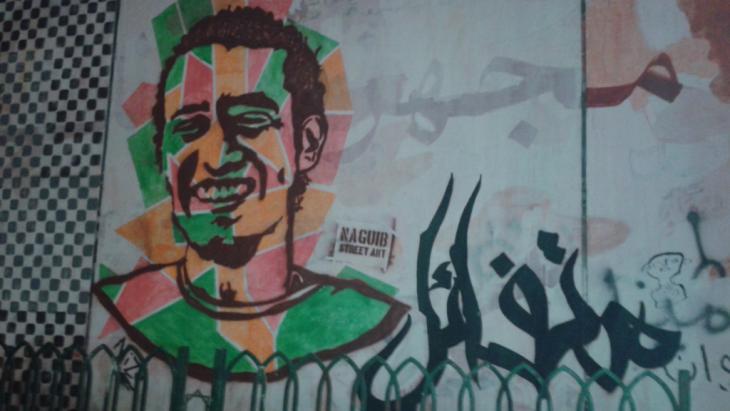 Silencing the voice of civil society

In recent months, Egyptian President Abdul Fattah al-Sisi has passed a number of laws that will weaken the country's civil society. Local NGOs and foreign foundations alike will suffer under the new laws. By Elisabeth Lehmann

One call was enough to stop all activities of the Friedrich-Naumann-Stiftung. "Egypt's Foreign Ministry told us that our current legal basis was not adequate and that we would have to re-register," says Rene Klaff, head of the Cairo office of the foundation, which is close to the German liberal political party FDP. This means that all foundation activities in Egypt have to be suspended until it has registered in compliance with the NGO law.

The Friedrich-Naumann-Stiftung isn't the only civil society organisation in Egypt to be hit by the new rules. The Ministry for Social Affairs set a deadline of 10 November for all NGOs to re-register or close their doors. "But we aren't an NGO. We are a German political foundation. And we assumed up to now that the NGO legislation only applied to Egyptian NGOs and not to us," says Klaff. 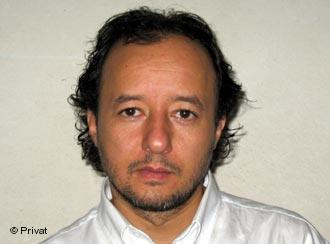 Gasser Abdel Razek of the Egyptian Initiative for Personal Rights (EIPR) feels that the obstacles the state is currently putting in the path of NGOs are too high, thereby stifling public debate

The obligation to register is part of a campaign against Egyptian civil society. In the past few months, President Abdul Fattah al-Sisi has signed into law a number of bills that exert pressure on civil society. Among others, criminal law has been made stricter. According to the new legislation, organisations can in future be prosecuted for receiving funds from abroad if such funding undermines the interests of the Egyptian state.

"The question is, how the state will define and interpret what undermines 'Egyptian interests' and whether or not we are willing to spend the next 15 years behind bars," says Gasser Abdel Razek of the Egyptian Initiative for Personal Rights (EIPR).

This human rights organisation has in the past strongly criticised the government and police and military activity, for example, the clearance of a Muslim Brotherhood protest camp on Rabaa Square, which became known as the Rabaa massacre, in August 2013, in which around 1,000 people were killed within the space of a few hours.

EIPR has worked in Cairo since 2002. Now, however, its days seem numbered. Starting in February, most of the organisation's 76 employees, the majority of whom are legal experts, will have to find new jobs. The obstacles that the state is currently setting up are too high, says EIPR; it is simply too dangerous to accept foreign money. And without foreign money, EIPR cannot pay its people. This means that the organisation will register in accordance with the new NGO law and then see if and how it can continue to operate.

At all costs, EIPR's management wants to avoid other employees meeting the same fate as the young human rights lawyer Yara Sallam. "Her case will be re-opened on 28 December. On that day, she will have been in jail for six months and one week," says Abdel Razek.

Sallam was sentenced to three years in prison for breaking the so-called "Demonstration Law". This piece of legislation dates from November 2013 and stipulates that demonstrations must be approved by the Interior Ministry before they take place. Abdel Razek believes that this regulation is also part of the government's strategy to restrict the lively public debate that emerged after the 2011 revolution. 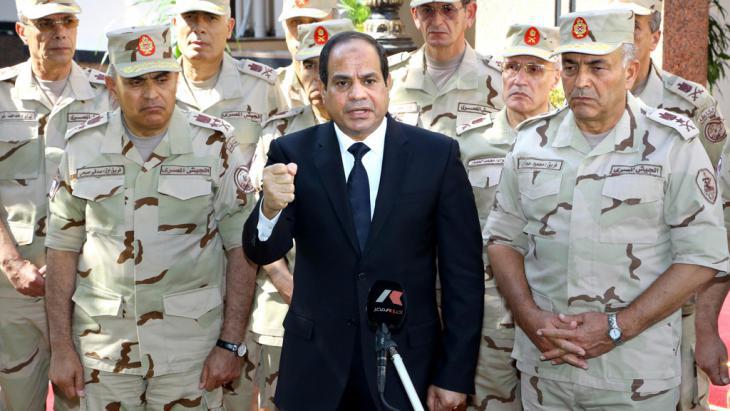 Abdul Fattah al-Sisi surrounded by senior members of the military. According to Elisabeth Lehmann, the president has in the past few months signed into law a number of bills that put pressure on civil society and tighten criminal law

The Ministry for Social Affairs doesn't seem to understand what all the fuss is about. In an interview with Reuters news agency, Minister Ghada Wali asked representatives of civil society to be patient. She labelled the harsh criticism of the new NGO law "immature" and "prejudicial".

Wali said it was simply about getting an overview of all NGOs operating in the country. At a press conference at the beginning of December, a representative of the ministry announced that by the end of the year, there would be a database listing all 45,000 NGOs that have registered and that around seven per cent of the organisations would be closed down. Reasons for the closures were not given.

The Foreign Ministry has apparently given assurances that the same will not happen to the Friedrich-Naumann-Stiftung. "We are a renowned institution, whose objectives and values are shared by the Egyptian government, is what we were told. So it's not about ending our work here," explains Klaff. On the contrary: the foundation was told that it should simply clarify its legal status so it can continue to work unchallenged in Egypt in future. Klaff and his colleagues will figure out how to manage that in the coming weeks.

Arab women played a leading role in the protest movement of 2011. Since then, ongoing social transformation has had a considerable impact on their lives. What is their assessment ... END_OF_DOCUMENT_TOKEN_TO_BE_REPLACED

They’ve already got the Louvre; they’ll soon have a Guggenheim Museum as well – and now the Emirates have added literature to their quest for cultural supremacy in the Arab world ... END_OF_DOCUMENT_TOKEN_TO_BE_REPLACED

Years in the making, Sisi's elite New Administrative Capital will isolate most Egyptians from their centres of government in an effort to fortify the regime against any social ... END_OF_DOCUMENT_TOKEN_TO_BE_REPLACED

Professor Timothy Brennan's "Places of Mind: A Life of Edward Said" is a detailed biography of one of the most important intellectuals of the twentieth century, taking us on a ... END_OF_DOCUMENT_TOKEN_TO_BE_REPLACED

China has long portrayed itself as a strong supporter of the Palestinian cause. It has also claimed that in sharp contrast to the stance of the USA, its position is based on ... END_OF_DOCUMENT_TOKEN_TO_BE_REPLACED

Recep Tayyip Erdogan, disappointed by the European Union’s reluctance to integrate Turkey into its ranks, has re-directed his country’s diplomacy toward the Maghreb and Africa to ... END_OF_DOCUMENT_TOKEN_TO_BE_REPLACED
Author:
Elisabeth Lehmann
Date:
Mail:
Send via mail

END_OF_DOCUMENT_TOKEN_TO_BE_REPLACED
Social media
and networks
Subscribe to our
newsletter