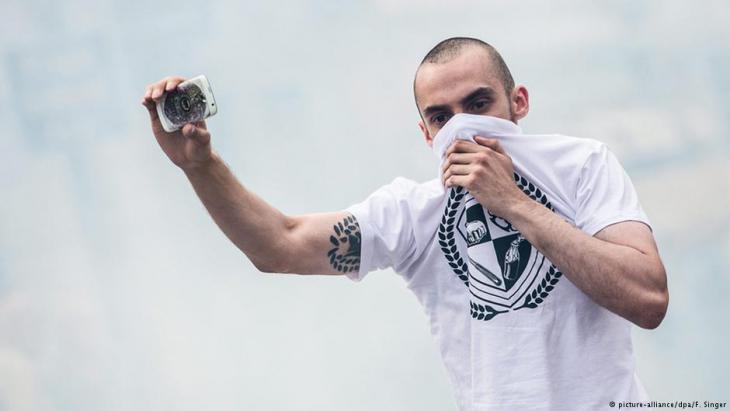 The latest triumph of anti-European parties in Italy′s elections earlier this week makes one thing clear: populism in Europe is not yet on its way out. To what extent the EU is at risk of going under as a result, remains to be seen. By Zaki Laidi

"Europe has the wind in its sails," European Commission President Jean-Claude Juncker proclaimed in his State of the Union address last September. But are its sails too tattered to propel Europe forwards?

To be sure, ten years after the global economic crisis, Europeʹs economy is finally returning to growth and, with it, confidence. And Junckerʹs optimism probably also reflected the triumph in Franceʹs presidential election last year of the pro-European Emmanuel Macron, who advocates deep reforms – including banking union, fiscal union and a federal budget – to advance integration.

But recent elections in Austria, Germany, the Czech Republic and Italy tell a different story: a serious threat to Europeʹs future – right-wing populism – remains very much alive. Although the economic crisis is over, its scars remain fresh.

Middle- and working-class households are still recovering from the decline in their purchasing power and they well recall how banks, which had been bailed out by the state, curtailed credit. For many citizens, the lesson seemed clear: in todayʹs Europe, gains are privatised and losses are socialised. 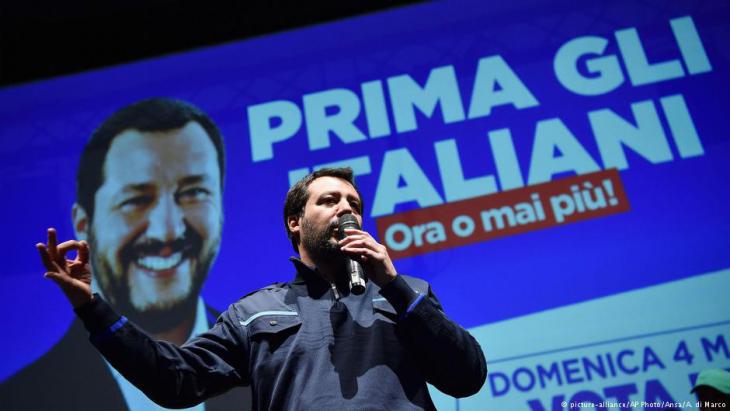 A populist tsunami: following this week′s elections in Italy, Matteo Salvini′s right-wing League and the anti-European Five Star Movement are jostling for power. Leader of the Social Democrats Matteo Renzi announced he was stepping down following his party′s historic defeat at the polls. The election result was welcomed by populists across Europe. Nevertheless, who will ultimately end up governing Italy, with its wealth of economic problems, remains unclear

A question of solidarity

The upshot of this assessment was the belief that economic and political elites – enabled by the European Union – would always act to maintain their position and impose their will on ordinary people. The push for austerity in struggling countries, rather than counter-cyclical measures that would have curtailed the slowdown seemed to confirm this impression.

To change this perception, EU leaders would need to agree on the fundamental causes of the crisis and develop a strategy for avoiding another one. And, so far, they have achieved neither task, with two main groups of countries adopting conflicting interpretations of the problem.

The first camp – which includes Greece, Italy and, to a lesser extent, France – reproaches the EU for its lack of solidarity. Italy, for example, submitted to austerity, but has not benefited from a return to strong growth. Moreover, the country fears that a banking union will reduce its room for manoeuvre in repairing its own broken banking system. And, with France and Germany front and centre, Italy does not even enjoy significant prestige within the Union. 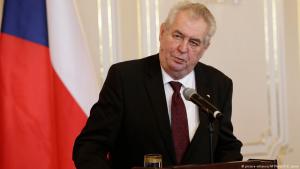 The Czech Republic has once again elected Milos Zeman as president, a leader who applauds Donald Trump's ban on Muslims entering the USA and who sees himself as a prophet warning ... END_OF_DOCUMENT_TOKEN_TO_BE_REPLACED

Comments for this article: Itʹs an ill wind

This article is really far below basic standards. It basically conbtains left-wing dogma's, and few else. E.g.: "Italy, for example, submitted to austerity, but has not benefited from a return to strong growth.". As if reducing deficits was the only necessity for recovering trust in the economy. As if continued, massive corruption, just to mention one of the other major problems in Italy, was not a major STOP for any solid economic recovery anymore.

END_OF_DOCUMENT_TOKEN_TO_BE_REPLACED
Social media
and networks
Subscribe to our
newsletter