Revelations about the War in Iraq
Bloody Wartime Brutality

The Internet platform Wikileaks has published close to 400,000 files documenting torture, abuse, and the arbitrary use of force during the war in Iraq. The leaks not only document misconduct by the US army, but also the murky intrigues of Shiite death squads and American security companies. Birgit Svensson reports from Baghdad 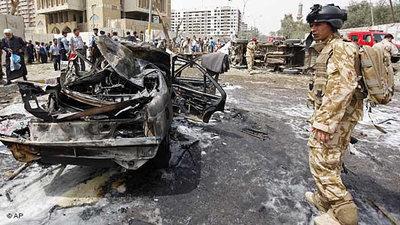 Despite the improved security situation, bomb attacks in Iraq remain an everyday occurrence. The bloodiest years of terror were 2006 and 2007

​​ "Of course it is good that the documents were published. We have never before had such transparency in Iraq!" says Bashar Al-Mandalawy enthusiastically. Above all, he views the close to 400,000 files on Iraq published by the Internet platform Wikileaks as evidence of the credibility of journalists in the country.

"We have already researched and reported everything that is now on the table. We didn't pull any punches and made enemies in the process – some of us were even killed." The spokesman of the Iraqi NGO on the "supervision of press freedom" knows of many cases in which colleagues who uncovered inconvenient truths had been threatened, subjected to pressure, driven out of the country, or simply shot to death.

Some 300 journalists have lost their lives over the past seven years since the invasion by British and American forces. Bashar estimates that only half of these were the victims of bomb attacks. The rest were murdered, because "someone didn't like what the journalist wrote."

Torture, abuse, and the arbitrary use of force

Now, the truth concerning torture, abuse, and the arbitrary use of force by American troops and Iraqi security forces is out in the open for everyone to see.

The documents consist of army records, videos, and handwritten reports by American military personnel. The explosiveness of this issue has thereby taken on a totally different quality. 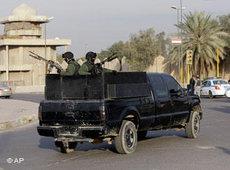 In September 2007, Blackwater employees in western Baghdad shot into a crowd killing 17 civilians

​​ In addition to misconduct by Iraqi police and the American army, the documents also shed light on the murky intrigues of Shiite death squads and American security companies, which were allowed to operate unhindered. The so-called "contractors," which were hired by the Pentagon and the State Department in Washington to assist in conducting the war for the Americans, are, in fact, mercenaries with a licence to kill.

Appropriately enough, news has come that the last court case against employees of the notorious Blackwater security company, which now goes by the name of Xe Service, has been dropped. The company has been in the headlines since an incident that took place in September 2007. At the time, Blackwater employees in western Baghdad shot into a crowd with practically no provocation while a convoy with US diplomats drove by. This resulted in the deaths of 17 civilians. This case, as well as many others, is documented in the leaks.

For most Iraqis, the publication of the Wikileaks documents has not unearthed anything new. The contents of the leaks provide a reflection their everyday experiences, in particular, the worst years of terror from 2006 to 2007, the period in which most of the documents originate. Yet, for the first time, they can say, "See, that is how it was."

Abdelqadr has already downloaded several pages relating to the situation at checkpoints. He hopes to discover who it was that detained him at the time, threatened him with a knife, and robbed him, finally releasing him without any money, his mobile phone, or his winter jacket.

For a long time, Shiite militia were free to carry out attacks. "They did the dirty work, while the head of government cemented Shiite political power," writes Birgit Svensson

​​ At the time of the bloody conflict between Shiites and Sunnis in Baghdad, the death squads were free to conduct hostilities everywhere in the city. Illegal checkpoints controlled the identity papers of those on the road. Anyone with the "wrong" name risked being shot on the spot.

Many Baghdad residents therefore carried around two different sets of identity papers, one with a Shiite and the other with a Sunni name. Abdelqadr didn't have enough money to purchase a second set of papers. The fear of finding himself in the wrong place at the wrong time is deeply entrenched, despite the improved security situation today. The 48-year-old Sunni still avoids Shiite areas of the city.

The issue of the death squads is currently being discussed by the Iraqi government. The still-serving Prime Minister Nuri al-Maliki faces accusations that he holds some responsibility for the bloodbath between Shiites and Sunnis. Even though the confict, which some refer to as a civil war, broke out during the term of office of his predecessor Ibrahim al-Jaafari, the bloodiest period took place during Maliki's rule. 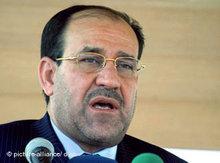 ​​ The impression of many in Baghdad is that Maliki did not play an active role in the conflict, but did not act to halt the Shiite death squads. This has only been reinforced by the Wikileaks revelations. After all, through their brutal actions, the death squads enabled a regime change benefiting the Shiites. They did the dirty work, while the head of government cemented Shiite political power.

As a result, Shiites now control almost all of the leading positions in the country. Posts are often assigned on the basis of religious conviction rather than on an applicant's qualifications. Former followers of Saddam have been hounded out of their offices. This process is still continuing, even when far less blood is being shed than three years ago.

Difficulties in forming a new government

The office of the Iraqi Prime Minister has issued harsh criticism of the leaks' publication. Maliki's spokesman has accused Wikileaks founder Julian Assange of attempting to influence the formation of the new government. It has been more than seven months since parliamentary elections on 7 March and there has been no success in forming a coalition capable of governing the country. Maliki claims that he was close to finding a solution that would have kept him in office. 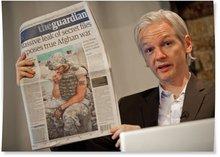 Wikileaks founder Julian Assange previously published some 76,000 secret documents from the US army and marines on the war in Afghanistan

​​ Now, his rival Iyad Allawi, who won the election with a mere lead of just two seats and has yet been unable to find sufficient coalition partners, has obtained a court order to investigate Maliki's involvement with the death squads.

Whether an investigation will actually take place is extremely questionable. The legal system in Iraq does not enjoy the reputation of being independent, but rather of adhering to the will of those in office. The recent death penalty imposed upon Saddam's former foreign minister and deputy Tariq Aziz serves as more proof of this.

Wikileaks Disclosures
The Dirty Truth about the War
The publication of over 90,000 secret US military documents by the Internet platform Wikileaks has ignited debate worldwide about the war in Afghanistan. Although the documents reveal hardly any new facts, they alter our perception of modern warfare. A commentary by Britta Petersen

Seventh Anniversary of the Fall of Saddam Hussein
Iraq's Pandora's Box
The pictures went around the world: toppling the huge Saddam statue in Baghdad on 9 April 2003 was the dawning of a new political era in Iraq. Yet the euphoria over the new-found freedom was soon followed by disillusionment. Nagih Al-Obaidi has the details

END_OF_DOCUMENT_TOKEN_TO_BE_REPLACED
Social media
and networks
Subscribe to our
newsletter