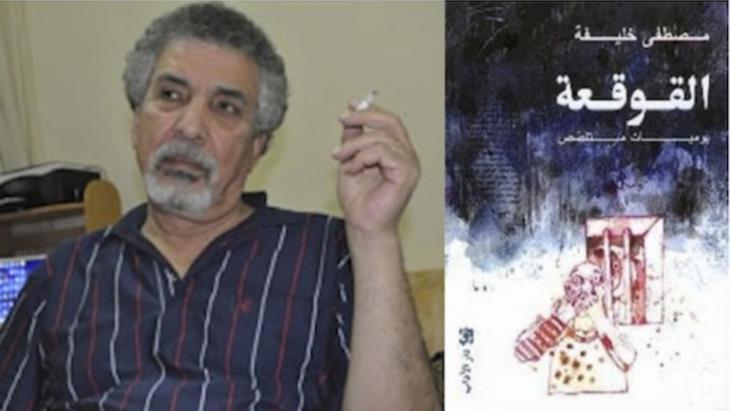 Published in Arabic in 2006, Mustafa Khalifa′s novel ″The Shell″ takes us deep inside the de-humanising cruelty that fed the Assad regime and the current civil war. Now translated into English by Paul Starkey, it must be one of the twenty-first century′s most emotionally devastating reads. A review by Marcia Lynx Qualey

In the words of Lebanese writer Lina Mounzer, ″[I]f anyone asks ′Why the Syrian revolution & is it real?′ the answer for me is always this book.″

But this novel, Khalifa′s first, has another level of anguish. At the heart of ″The Shell″, when there seems to be nothing decent left in the world, a love story blossoms. The love story between the protagonist, Musa and his beloved, Dr. Nasim, is almost entirely de-sexualised, but no less powerful for that. Two middle-aged male soulmates find each other in this place of excruciating pain and their fate is as moving as that of any Romeo and Juliet.

Khalifa′s book is a fiction, but it parallels elements of his life. Like his protagonist Musa, Khalifa went off to university in France, where he studied art and film direction. When he returned from Paris in 1982, he was arrested at Damascus airport. From 1982 to 1994, Khalifa was held in various prisons and detention centres, including a long stretch at the infamous Tadmur military prison. 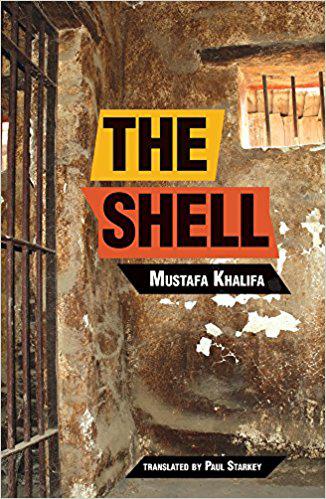 "The Shell" created powerful waves among Syrian readers when it was first released. But Syria′s story is no longer just a local or regional one. The anti-government protests, violence and mass exodus of Syrians since 2011 means much of the world has come within the orbit of news from that country

The book′s narrator, Musa, is an atheist from a Christian family. When he′s picked up at the Damascus airport and accused of being a member of the Muslim Brotherhood, he can′t quite take it seriously.

He′s still filled with the sounds and smells of his life in Paris and he had never purposefully engaged in politics. The accusation seems like a bad joke. He even tells his jailers he′s an atheist, to which they respond with even more vigorous torture.

It isn′t until he′s at Tadmur – surrounded by jailers on one side and Islamists on the other – that the new reality sinks into Musa′s skin. This is not an error that might be corrected. No, errors and chaos are part of how the system works. Musa isn′t the only innocent: there′s a whole dormitory full of children who have been found not guilty, but who won′t be released.

Other prisoners were arrested as hostages, but remain in Tadmur even after their sons or brothers have been captured. The whole system of imprisonment seems to be an elaborate hostage scheme, with prisoners kept alive to force other Syrians to behave.

In the early years of his imprisonment, Musa′s life is in constant danger. Some of the Islamist prisoners think he′s a spy and the most extreme suggest he should be killed simply because he′s an unbeliever.

He is protected by the more spiritual and educated, but for years his situation is tenuous. He shrinks into his titular shell, hardly speaking. During the ″year of starvation″, when Tadmur′s prisoners have barely enough food to stay alive, Musa shrinks even further.

He discovers a hole that allows him to peer out of the shared dormitory. Here he sits, with a blanket over himself, speechless. He remembers the guilt he felt when he first masturbated. The guilt clung to him ″until I experienced the starvation year, when I felt this sense of guilt and pollution had gradually begun to leave me and I was returning to the simplicity and innocence of childhood.″

But Tadmur Prison isn′t just empty of adult purpose, warmth, companionship and food. It′s also an information desert. When a single sheet of newsprint is blown against the top bars of the dormitory during a dust storm, the men form a pyramid to pull it down. Disappointingly, it′s only advertisements on one side and sports coverage on the other. Still, the men take turns studying and sharing this single page.

After a decade of this, a violent jihadist, Abu al-Qa′qa′, comes and changes everything for Musa. The unlikeable Abu al-Qa′qa′ demands Musa be murdered. The dormitory leader, Abu Hussein, argues strongly against it, but Abu al-Qa′qa′ won′t let go of the idea. Finally, Musa stands up and tells his story. With this, he achieves a sort of acceptance. He also comes to know Dr. Nasim, a fellow artist who speaks French with him and whom he loves as he never imagined loving another human.

One day, without warning, Musa is taken from Tadmur. He′s brought to Damascus, to other security agencies, for additional torture. He′s finally told of an impetus for his arrest: he is accused of making a joke about Syria′s president while at a party in Paris.

In the intervening years, Musa′s uncle has become powerful and the uncle′s connections finally get Musa out. Yet the novel′s last section, which narrates Musa′s first year after prison, brings no relief. Even being reconnected with Dr. Nasim brings greater tragedy.

From the moment Musa sets eyes on the outside world after his years in Tadmur, he lapses into an angry shock. He can′t believe his fellow Syrians don′t know what′s happening inside their country′s prisons. He can′t believe they go on living while Dr. Nasim suffers. If these people didn′t know, ″then that was a misfortune,″ and if they knew ″but did nothing to change it, that was a bigger misfortune.″

Surely, as the novel suggests, the same can be said for all of us.

The disappearance of Razan Zeitouneh and her colleagues has been one of the greatest mysteries of the Syrian war – until today. DW's investigative unit hunted clues across six ... END_OF_DOCUMENT_TOKEN_TO_BE_REPLACED

How can the various realities of Kurdish life, shaped by depression, resistance and war, be depicted in art? This is the question addressed by the “bê welat – the unexpected ... END_OF_DOCUMENT_TOKEN_TO_BE_REPLACED

Millions of people in Syria's Idlib region depend on foreign aid that passes through only one border crossing. The UN mandate regulating passage through it will expire on 10 July ... END_OF_DOCUMENT_TOKEN_TO_BE_REPLACED

They’ve already got the Louvre; they’ll soon have a Guggenheim Museum as well – and now the Emirates have added literature to their quest for cultural supremacy in the Arab world ... END_OF_DOCUMENT_TOKEN_TO_BE_REPLACED

By stage-managing his re-election in a poll widely dismissed as a farce, Syria's President Bashar al-Assad has killed two birds with one stone: he has forced his compatriots to ... END_OF_DOCUMENT_TOKEN_TO_BE_REPLACED

END_OF_DOCUMENT_TOKEN_TO_BE_REPLACED
Social media
and networks
Subscribe to our
newsletter