In Taliban times, musical performances and instruments were officially forbidden. Over the past two years, Dr. Ahmad Sarmast, an expatriate musician and musicologist, has been leading an initiative to rebuild formal music education in Afghanistan. Martin Gerner met him in Kabul

Catching up with the musical glories of its recent history: Ahmad Sarmast

​​Why are you planning a music school in Kabul?

Ahmad Sarmast: Given the current state of music and Afghanistan's musical needs, as well as the positive role that music education can play in reviving Afghan music, we have decided to concentrate on establishing a music education institute. Another factor was the healing power of music and the role music can play in unifying ethnically divided groups of people.

And let us not forget the economic potential of music and the role of music education and music in reducing poverty. That is why the Afghan Ministry of Education initiated this project supported by the World Bank which aims to build ruined lives and guarantee a sustainable future for hundreds of orphans and other disadvantaged and underprivileged children, regardless of their gender, through general education and specialist training in Afghan traditional and Western classical music.

How has the experience of war affected Afghanistan's musical traditions?

Sarmast: A musicological report on the state of music in post-Taliban Afghanistan showed that the war and destruction of the last thirty years and the migration, death and discrimination against music and musicians in recent decades left a very negative mark on the music of Afghanistan.

For example, there is now not a single performer of some musical instruments that were used in this country's urban and classical music until recent decades. There is not a single sārang, sarod or santūr player, while only one dilruba player is left to pass on his skill and knowledge to others. The same can be said about some musical forms and genres of traditional Afghan music.

The healing power of music: at the ANIM, Afghan music and Western musical instruments will come together in one curriculum for the first time in Afghanistan

​​Other major problems severely hampering and jeopardising the revival of Afghan music and its development are a musical invasion of the country unwittingly supported and encouraged by privately owned radio and TV stations of Afghanistan.

Do you mean the music from India coming to Afghanistan, which is very popular and do you feel that this is a threat to Afghanistan's musical traditions?

Sarmast: It's not only Indian movie songs, i.e. 'Bollywood music'. We're also seeing pop music coming from Tajikistan and Uzbekistan, popular Iranian songs from Los Angeles. These foreign songs and music dominate the airwaves in Afghanistan and are something of a musical invasion. It might have less impact if the local traditions of Afghan music were encouraged. But at the moment, Afghan music is severely disadvantaged while in a fragile state.

Who is supporting your effort to rebuild music education?

Sarmast: The World Bank along with the German Foreign Office, the Government of India, Goethe Institute, Government of the Netherlands, the Embassy of the USA, Society of Music Merchants (SOMM), British Council, the London National College of Music, Alfred Publishers, NAMM, Monash Asia Institute, and several international music organisations which include the International Music Council (IMC) and the International Society of Music Education (ISME) provide financial, material, academic and professional support for the rebuilding and promoting music education and establishing Afghanistan National Institute of Music.

Is this the first time that traditional Afghan and classical Western music have been mixed in an Afghan educational institution? 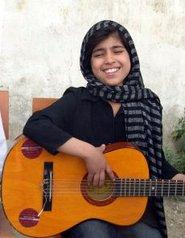 At ANIM, which will be officially inaugurated in the last week of March 2010, students will be trained in Afghan traditional music as well as Western music for 10 years

​​Do you have sufficient music teachers for Western musical instruments?

Sarmast: Given the great lack of specialist music teachers, the program will require at least ten teachers to be brought in from overseas, including specialist expatriate Afghan musicians with up-to-date skills for strings, woodwind, brass, piano, percussion and other instruments. We have funding to employ these teachers for one year.

Finding sponsors to help us employ these teachers beyond a one-year period is still a challenge that could hamper the success of our project. We have approached and submitted several proposals to potential sponsors and looking forward for a favourable outcome.

Given the security situation in Afghanistan, do you think you will be able to find music teachers willing to join your project?

Sarmast: We recently advertised ten vacancies on the official web-site of Afghanistan National Institute of Music, ANIM – that is the formal name of our music college – and web-sites of several international agencies that coordinate relief efforts for Afghanistan. The response was amazing.

Within a short period of time we received several applications and CVs for each position. Right now we are in the process of short-listing and arranging job interviews for potential candidates. Music teachers who wish to make musical history in this troubled part of the world still have the opportunity to apply for these posts.

Do you have the necessary instruments to begin the school?

Sarmast: By the official opening of Afghanistan National Institute of Music in late March 2010 we will have most of needed instruments. The German Society of Music Merchants has committed to provide us with a good portion of Western musical instruments we need.

Based on the latest information I received from SOMM's president Dr. Ralf Jeromin, they have collected a good number of western music instruments which will soon be shipped to Kabul. Those instruments which are not included in the package we receive from SOMM will be purchased.

Some of the instruments we need are coming from India. These are instruments played in both our countries. With the financial assistance of the German Foreign Ministry we will obtain traditional Afghan instruments, which we have commissioned local craftsmen to make.

You mentioned the 1970s, when there were a number of famous players and orchestras in Afghanistan. How realistic is it to catch up with this period?

Sarmast: One of the objectives is to bring back the musical instruments and forms that were once important for Afghan music. We also believe that only by establishing a proper music educational institute and training, Afghanistan will be able to catch up with the musical glories of its recent history. It will also enable Afghanistan to inaugurate the orchestras, bands and ensembles prevalent in most countries of the world, including a national symphony orchestra and well-qualified brass bands, etc.

I am confident that Afghanistan National Institute of Music leads to the formation of the country's first national symphony orchestra in ten years' time and bring back to life those Afghan musical instruments and music forms which became obsolete during the last three decades of wars and destructions.

Soccer in Afghanistan
Goals and Glory Among the Rubble
German soccer coach Holger Obermann has been sporting ambassador to Afghanistan since 2003, his latest Third World soccer project. Ratbil Ahang Schamel and Simon Schneider portray the man and his work in Afghanistan

END_OF_DOCUMENT_TOKEN_TO_BE_REPLACED
Social media
and networks
Subscribe to our
newsletter