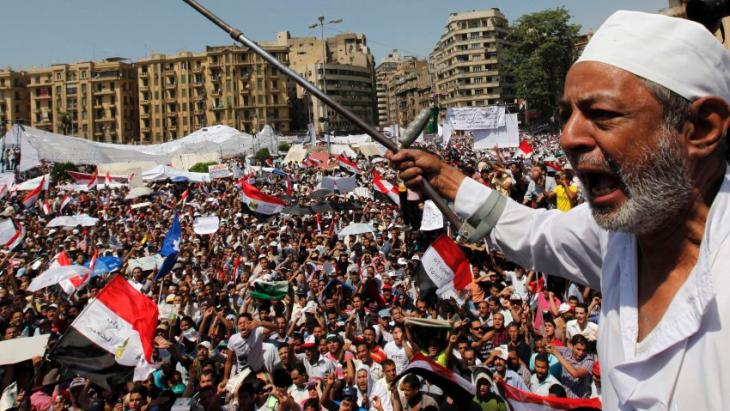 What is the significance of film during and after revolutions? In recent years, many films have been made in Egypt and Tunisia, although the viewpoints of the filmmakers could hardly be more different. By Irit Neidhardt

Images of the uprisings in Tunisia and Egypt from the years 2010 to 2011 are characterised by crowds of peaceful demonstrators. Most of these images were taken from a bird's-eye view or panorama perspective, while some are medium shots from within the crowd. There are videos of police violence, filmed from the safe distance of extreme long shot.

The work testifies to the fact that many people rebelled against the ban on gatherings, which had been enforced for decades under various emergency laws, and that they took their discontent to the streets. For the most part, however, such documentation fails to explain why these uprisings, which the demonstrators refer to as revolutions, broke out, what made them necessary, and towards what kind of social order they were meant to lead.

The hardships of the plains

What can one expect from revolutionary films? Sergei Eisenstein's Battleship Potemkin (USSR 1925) and Gillo Pontecorvo's The Battle of Algiers (Algeria/Italy 1966) are among the most internationally important films of this genre. Both films were produced after their respective revolutions. Battleship Potemkin was made by Goskino, the USSR State Committee for Cinematography, while The Battle of Algiers was made by Casbah Films, the production company run by Saadi Yacef, the commander of the Algerian National Liberation Army (ALN), who led the 1957 Battle of Algiers and who is honoured as a hero to this day. 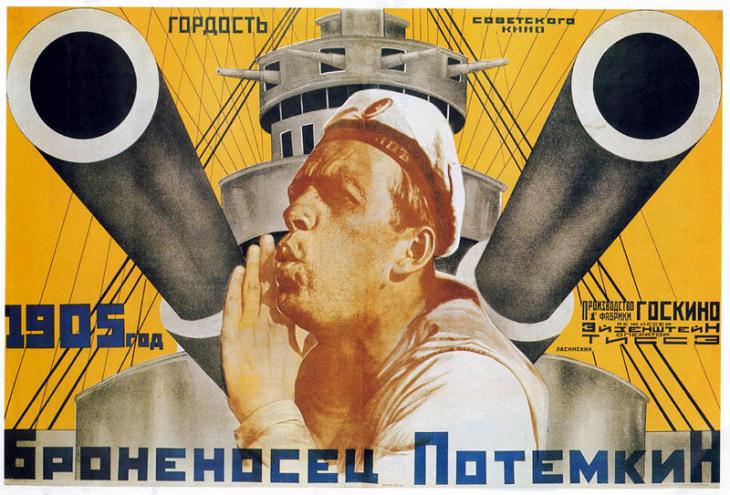 Self-assurance and the re-appropriation of their own culture after years of external control: Sergei Eisenstein's Battleship Potemkin (USSR 1925) and Gillo Pontecorvo's The Battle of Algiers (Algeria/Italy 1966) are among the most internationally important revolutionary films

Both films reconstitute a stage in the revolutionary struggle, namely that of lost battles. Domestically, they served in the creation of a new collective identity, while at the same time they proclaimed to the world an authority to define the terms of historical events. Essential here is the issue of the necessity and legitimacy of revolutionary violence. Despite their propagandistic aspirations, the complexity and the timelessness of these films permit a wide variety of interpretation.

A fundamental characteristic of revolutionary films from the anti-colonial liberation movement is their sense of self-assurance and the re-appropriation of their own culture after endless years of external control. They are films of inquiry and of stocktaking. It is as if these films hold society up to a mirror requiring viewers to make sense of the yet unfamiliar reflection. Herein, many of the protesters on Cairo's Tahrir Square saw the enormous significance of the videos of themselves that were projected upon a large screen in the protest camp.

The hardships of the mountains

Over the course of the uprisings, some filmmakers have zoomed out with the camera lens to capture a glimpse of the surroundings. Others have attempted to focus in with their cameras. The Tunisian scriptwriter Hinde Boujemaa met the homeless person Aida Kaabi at a demonstration. She never would have met such a person were it not for the mass protests.

At the Ayam Beirut film festival, Boujemaa related that she then spontaneously decided to become a director and make a film. She made that decision because she was so struck by the contrast between the slogans of the crowd demanding a better life for everyone and the words of Kaabi, who insisted that nothing would change for her. It Was Better Tomorrow (Tunisia 2011) is a raw portrait with references to exploitation cinema. From an invisible dimension, the film documents foreignnes and the urgent desire of the film director to become familiar with her own society.

Babylon (Tunisia 2012) by Ismael, Youssef Chebbi and Ala Eddine Slim, who consider themselves a film-collective under construction, is a three-week long observation of the temporary UNHCR refugee camp in Choucha, located in the desert near the Tunisian-Libyan border. Immediately after the start of the uprisings in Libya in February 2011, the Choucha camp provided refuge for up to a million African and South East Asian guest workers. The calm and composed tenor of the film creates a captivating contrast to the hysterical state of affairs at the camp and observes in great detail how its structures – whether political, cultural, economic, or religious –emerged in this community formed out of crisis. The movie-going public is offered nothing in the way of orientation. Neither time nor location are mentioned, and dialogue remains untranslated.

Tahani Rached has worked for forty years as a documentary filmmaker. Her film, A Deep Long Breath (Egypt 2012), has not received much attention. The Lebanese newspaper Al-Akhbar found the film horribly banal and conventional. The significance of this work might someday be appreciated precisely for these qualities. Rached's film features the family of her soundman in the months following Mubarak's resignation. She captures on film family get-togethers and discussions, ranging from informal to the political. At the heart of the film are the scenes of her colleague's parents. With their amassed life experience, they can contextualise the upheavals in a far different manner than the mostly young protesters, who were filmed and interviewed in early 2011 during the 18 days of the kettled sit-in at Tahrir Square. As the shooting of Rached's film took place in a comparatively unperturbed setting, she could attempt to recognize fractures and continuity in everyday life and try to place these in context. These connections will be important in retrospect, as they provide an understanding of the whole situation, while the images of mass demonstrations serve to emphasise a sense of euphoria.

On the Road to Downtown (Egypt 2011) is a portrait of a Cairo city district in which many intellectuals live and work. Tahrir Square lies right at its centre. Featuring six individuals and the local architecture, the film depicts the history of and everyday life in this district. Sherif Elbendary had planned the film before the start of the uprising and ended up postponing the filming, which had been scheduled for the end of January 2011.

Elbendary did not fundamentally alter the concept of his film, yet of course he allows room to depict how and where the protests intrude into the everyday lives of his characters. A detailed observation of locations, their history, and their influence on the here and now characterize the vast majority of Egyptian documentary films made in recent years. The trend began with the political upheavals following the controversial presidential elections in 2005 and can be seen as part of a process of stocktaking and re-appropriating one's own culture after years of suppression.

Abortions are illegal in Egypt unless they are necessary to save a married woman's life. But that doesn't stop local women from having one. Egyptian society needs to acknowledge ... END_OF_DOCUMENT_TOKEN_TO_BE_REPLACED

Food prices doubled, salaries halved, banks restricting withdrawals: Egyptians now have the same problems as the Lebanese. But if things get worse here, the fallout will be far ... END_OF_DOCUMENT_TOKEN_TO_BE_REPLACED

Giessen, Eichsfeld, Kusel, Berlin – cars bearing old German number plates are the latest trend on the streets of Cairo. Many Egyptians regard the discarded plates as chic. What ... END_OF_DOCUMENT_TOKEN_TO_BE_REPLACED

Egyptian Sufis have been on the defensive against the country's Islamists for decades. Meanwhile, interest in mysticism is growing among the young members of Cairo’s middle and ... END_OF_DOCUMENT_TOKEN_TO_BE_REPLACED

Chinese President Xi Jinping's visit to Saudi Arabia in December 2022 may have rattled Washington, but it simply highlighted the Arabs’ desire to diversify their foreign relations ... END_OF_DOCUMENT_TOKEN_TO_BE_REPLACED

END_OF_DOCUMENT_TOKEN_TO_BE_REPLACED
Social media
and networks
Subscribe to our
newsletter