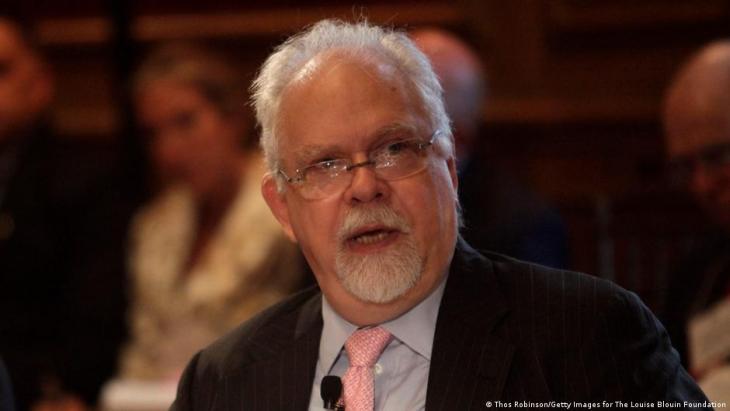 Richard W. Bulliet's "Methodists and Muslims: My life as an Orientalist"
The agency of historians. Or what Edward Said missed out on

Is it legitimate for a historian to compare 11th century Nishapur with 20th century Rockford, Illinois? What possible motive can there be for studying Middle Eastern societies if you have no biographical ties with the region? Eminent Middle East historian Richard Bulliet answers these and other questions in his witty memoir "Methodists and Muslims: My life as an Orientalist". Sonja Hegasy read the book

I do not agree with the former president of the American University in Beirut, John Waterbury, when he says that "it is difficult to pin down the central message or messages of this memoir".

In fact, I have rarely read a book with three such clear messages: firstly, we are invited to observe a historian at work during various stages of his formation (including adolescence), thereby raising the topical question of historical knowledge production. Secondly, the author examines the inherent motives of Orientalists and Middle East experts after the Second World War. And thirdly, the book is time and again an inner dialogue with the eminent professor of literature Edward Said.

In the first instance, Harvard-trained scholar Bulliet explores his positionality as someone who started off in 1960s USA as a historian of the medieval Middle East and "ended" by inviting Iranian President Ahmadinejad to Columbia University in 2007, via detours of painting and trying his hand as an author of fiction and pornography (for which latter Bulliet has conveniently forgotten his pen name).

Methodists and Muslims has something of the coming-of-age novel about it. Luckily, Bulliet kept and shares the sources about his family – don’t skip part one on his parents and grandparents – and himself, including a diary penned while travelling between Iran and Morocco in the pre-Saidian era.

This in itself is a worthwhile read for anyone interested in the construction of knowledge about the Islamicate world. In addition: anybody who has heard Richard Bulliet teach will have experienced his dry humour, in which it is impossible to detect even the slightest change in tone or facial expression. The same is true of this book. 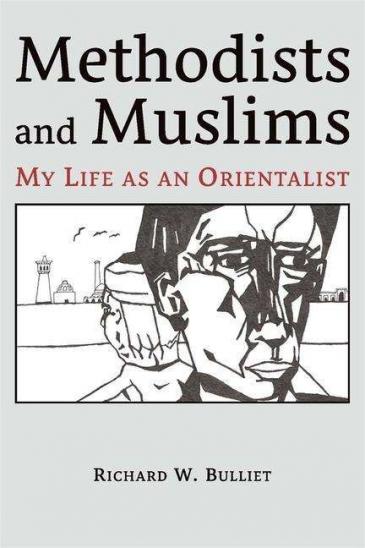 Both memoir and critique, "Methodists and Muslims" follows Richard Bulliet's expansive career, starting with his beginnings in Illinois to his entree into the then-arcane field of Islamic Studies and culminating in the controversial visit to New York City by President Ahmadinejad of Iran

Once upon a time it was apparently acceptable to give lectures based on notes by someone else. While giving a lecture at Berkeley on Syrian history by Orientalist Hamilton A.R. Gibb, Bulliet was asked by a student during a moment of universal boredom: "Why are you giving this lecture?"

"Definitely not what I wanted to hear, and definitely not a Harvard question," writes Bulliet, and continues: "After quelling my instincts to give a barbed response, I said: I’m giving this lecture because I have the notes for it." It was the last time Richard Bulliet was seen to give a lecture from written notes.

Bulliet reveals himself in extensive quotes from his diaries as well. In doing so, he exemplifies the big questions in history writing, in his case, how he came to his assumptions about 11th-century society in Nishapur – by comparing it with modern Rockford, his birth town in Illinois. This is a long shot, and the majority of historians might formally object to such an approach. But Bulliet rationalises the comparison in his conclusion.

His frankness is useful to the reader, as Bulliet sets out to examine Orientalism from within (i.e., as an Orientalist): "Was I wrongheaded in unconsciously assimilating the Nishapur I imagined to the Rockford that I grew up in? Of course I was. How could I not be? I hadn’t been alive in the eleventh century. I wasn’t Iranian. I wasn’t Muslim. […] All I had to go on was my imagination, in my own life experience, and an array of textual sources that had almost nothing explicit to say about the areas of social history that interested me most. Was this Orientalism? Of course it was."

But – and this is the second "message" throughout the book – this interest was neither malign towards nor denigrating of non-Western cultures, as he implicitly substantiates with numerous examples of his own thinking and political engagement. Bulliet denies "that an imaginative and malign creation of 'the Oriental other' was a determining factor in my research."

While the awkwardness of research topics in Islamic and Middle Eastern Studies can sometimes feasibly make us believe that there is no benign willpower behind them, Bulliet is probably one of the few historians who can point to similarly "out-of-place" topics he has had published outside the region, like Hunters, Herders, and Hamburgers: The Past and Future of Human-Animal Relationship (Columbia University Press 2005).

Thirdly, Methodists and Muslims is an inner monologue with the late professor of literature Edward Said, his colleague at Columbia University for over 17 years. Bulliet accepts his fate as an Orientalist and writes this book to let the reader and Said know what else an Orientalist could be, and not from low motives.

He pinpoints three major fiascos where Middle Eastern and Oriental Studies were not able to make sense of developments on the ground: the Iranian Revolution in 1979, the 9/11 attacks carried out by al-Qaida in 2001 and the Arab Spring in 2011.

Was it Orientalism, the dogma of modernisation theory, or the implausibility of covering 1.8 billion people over 14 hundred years that was responsible for these failures? Bulliet’s own conviction that the Iranian Revolution was as important as the French or Russian Revolutions made him persona non grata in U.S. policy circles for two decades.

The question of "becoming"

Methodists and Muslims is an account of how this eminent historian acquired the knowledge he published in other books. Therefore, there is probably less analysis of this or that conflict in the memoir, than the question of "becoming". For Bulliet, "becoming" is a chain reaction of either serendipity or bad luck. It is also the essence of historical study, as he maintains throughout the book. Still, the reader does get some sense of what is worthy of note in Islamic culture and society.

Methodists and Muslims can be applauded for what the author sets out in the beginning: "examining the 'pre-conversion' status, if I may call it that, of an Orientalist is not always easy, since the Orientalist may not fully understand his or her decision to delve into the cultural unknown, or be willing to speak candidly about it. I hope that the discussion of the wellsprings of my own path in life before I took my first Arabic class will be understood as an effort to supply the candor that is so often lost to memory."

It is a fine intertextuality that Richard Bulliet "discovered that many professors have at least one unpublished novel sitting around" when, in his first biography of Edward Said, Timothy Brennan (London 2021) finds such a novel fragment in Said’s drawers.

Bulliet’s book cannot conceal a certain melancholy about not having talked to Edward Said about anything substantial during 17 years of parallel Columbia University teaching. Seventeen years after Said's death in 2003, readers might regard this as awkward or beside the point. But having read this book, I suppose that gawkiness is not a term that is likely to antagonise the author. It is what people around the world are made of and build their careers on.

What Richard Bulliet shows here is a universal theme across regions and religions: the important thing is to embrace the right moment. One central question remains unanswered though: did Edward Said in fact think of him as an Orientalist?

Sonja Hegasy is professor of Postcolonial Studies at the Barenboim-Said Akademie in Berlin and vice director of the Leibniz-Zentrum Moderner Orient.

Past attempts to reconcile logic and belief within Islam tend to be dismissed today – not because they lack merit, but because they were politically defeated, argues Mustafa Akyol END_OF_DOCUMENT_TOKEN_TO_BE_REPLACED

November 2022 sees the Arab world firmly in the spotlight with the COP27 in Egypt and the FIFA World Cup in Qatar. Public trust in MENA governments is weak, thanks to their ... END_OF_DOCUMENT_TOKEN_TO_BE_REPLACED

Palme d’Or winner "Boy from Heaven" is a classic crossover film in which cultural elements are mixed together in haphazard and random fashion. Shady Lewis Botros bemoans the ... END_OF_DOCUMENT_TOKEN_TO_BE_REPLACED

More than 300 children in rebel-held northwest Syria kicked off their own football World Cup on Saturday, with organisers hoping to shine a light on communities battered by 11 ... END_OF_DOCUMENT_TOKEN_TO_BE_REPLACED

With the current leadership of Iran quick to lay the blame for the Iran protests on Israel, the chances of harmonious relations between the two countries still seems remote. Yet, ... END_OF_DOCUMENT_TOKEN_TO_BE_REPLACED
Author:
Sonja Hegasy
Date:
Mail:
Send via mail

END_OF_DOCUMENT_TOKEN_TO_BE_REPLACED
Social media
and networks
Subscribe to our
newsletter