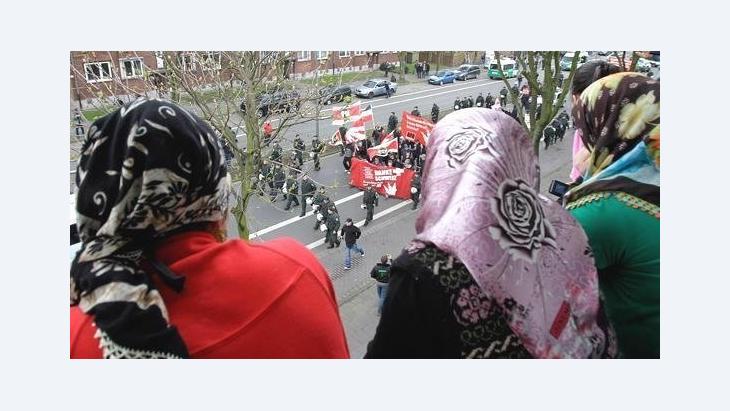 In this essay, Aiman Mazyek, chairman of the Central Council of Muslims in Germany, warns against the trivialisation of anti-Islamic tendencies and right-wing extremist violence, both of which are increasingly posing a threat to social peace in Germany

In the wake of 9/11, a new brand of home-grown right-wing terrorism was able to emerge in Germany. Even specially drafted anti-terror laws didn't help because right-wing radicalism had been underestimated and sometimes even structurally repressed for too long.

After the brutal right-wing extremist terrorist attacks in Norway, it became clear in Germany too that right-wing terrorists were capable of carrying out the worst attacks the country had seen since the Second World War. This led Germany's attorney general to say that the terrorist acts perpetrated by the National Socialist Underground (NSU) were "Germany's 9/11".

There had certainly been enough early-warning signs pointing to this dangerous development. The problem was that they were not correctly interpreted and were sometimes even ignored. 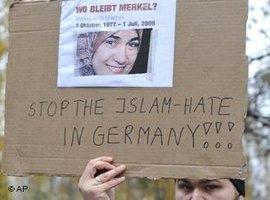 Raising their voices against indifference and political inconsistency: Muslims in Dresden demonstrate after the murder of the Egyptian woman Marwa El-Sherbini on 11 November 2009

​​It is only now that we are slowly beginning to understand that because of indifference and political inconsistency after the events of Rostock and Hoyerswerda, Solingen and Mölln, after the arson attack in Ludwigshafen, the terrorist attack on Keupstrasse in Cologne and a large number of racist murders (such as that of Marwa El-Sherbini) and attacks on foreigners and Muslim facilities, this development facilitated and strengthened the NSU's terrorism.

The beneficiaries of Islamophobia

In recent years, neo-Nazis in Europe have increasingly benefited from the underlying Islamophobic atmosphere in society. Evidence of this atmosphere includes Geert Wilders' populist right-wing Party for Freedom in the Netherlands as well as the NPD, the NSU and the extreme right-wing PI website in Germany, to name but a few. The fear of Islam and the spectre of the Islamicization of Europe are doing the rounds and are being used as a starting point for the recruitment of supporters and to whip up negative feeling towards Jews, Muslims and dissidents. 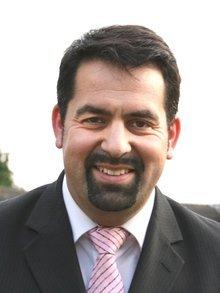 "It is vital that we at last find the political courage to grasp the problems of Islamophobia and Islamophobic racism by the roots and officially declare them to be elements of racist crime," writes Mazyek

​​Just like the murderer of the Egyptian woman Marwa El-Sherbini, the condemned Norwegian terrorist Anders Behring Breivik largely allowed himself to be led astray by anti-Islamic material and propaganda on the Internet, including known radical right-wing websites and pamphlets run and published by known Islam-haters from Germany.

So far, however, these findings have only been registered very vaguely by the Federal Office for the Protection of the Constitution.

As much as we support a ban on the right-wing political party NPD, we feel that it must not be allowed to open up an "exoneration debate". The idea that once the NPD is banned, racism will have been eliminated is a dangerous trivialisation that only leads us to close our eyes to the everyday and structural racism at the heart of our society.

This is why we need an annual anti-racism report that would outline – in the same way as Germany's human rights commissioner does – not only for the German parliament but also for the German public both the progress made and the threats that exist so that socio-political conclusions can be drawn.

Islamophobia as an element of racist crime

Above all, however, it is vital that we at last find the political courage to grasp the problems of Islamophobia and Islamophobic racism by the roots and officially declare them to be elements of racist crime. We owe it not least to the victims. After all, criminal offences and acts of violence against Muslims and mosques have increased drastically in Germany in recent years. Nevertheless, the Federal Government and the security forces still refuse to register such criminal offences separately.

In doing so, they are obscuring the scale of Islamophobia. Exactly a year ago, during a meeting about fighting right-wing extremism attended by leading German associations and representatives of the Federal Ministries of the Interior and the Family, the Central Council of Muslims in Germany (ZMD) called for Islamophobia to be registered as an element of crime in its own right instead of just being subsumed into the category of xenophobia.

This demand must at last be heard, especially as such a move would be advantageous not only in that it would make it easier to combat such criminal offences, but also that it would trigger an urgently needed process leading to a change in awareness of the issue in society. 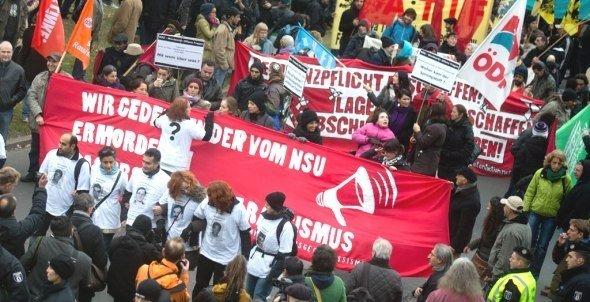 If we do not recognise the threat posed by right-wing extremism and Islamophobia in our society and take action against it in the near future, we will find ourselves in exactly the situation Angela Merkel warned against just under a year ago at the memorial service for the victims of right-wing extremist violence: "We are repressing the things that are happening right in our midst (...) indifference has a stealthy, yet devastating impact. It creates cracks in the middle of society," said the chancellor on that occasion.

But because the first signs of these cracks can no longer be ignored, we, not least as German Muslims, are worried about our country. After all, this indifference results in more than just nameless and faceless victims.

Almost as serious as the victims is the indifference that smothers the voices of those who constitute the majority; the majority of decent people in our country, in civil society, politics, media, and authorities. So let us give these people back their voices and hope that 2013 will be the year that sees society growing together and the cracks being mended.

Aiman Mazyek has been chairman of the Central Council of Muslims in Germany (ZMD) since 2010. In 2003, he and Rupert Neudeck founded the aid organisation Grünhelme e.V. ("green berets"), which implements environmental, social and religious projects in former war zones and crisis regions.

Home
Print
Newsletter
More on this topic
Radical Critics of Islam and Islamophobia: Denying the Individuality of Minority MembersInterview with Kay Sokolowsky: Racism Dressed Up As Criticism of IslamAftermath of the Attacks in Norway: Isolate the Intellectual Incendiaries!John R. Bowden's ''Blaming Islam'': Deconstructing Counter-factual Populism
Related Topics
Criticism of Islam, Dialogue of Religions, Integration in Germany, Islam in Germany, Islamophobia, Migration in Germany
All Topics

Since returning to power in Afghanistan, the Taliban have steadily eroded the rights and opportunities of women and girls, particularly their access to education. But Afghans are ... END_OF_DOCUMENT_TOKEN_TO_BE_REPLACED

The book "The Invention of the Maghreb: between Africa and the Middle East" prompts us to review basic terminology. This includes terms that we use almost every day as if they are ... END_OF_DOCUMENT_TOKEN_TO_BE_REPLACED

Tunisia has been going through a severe economic and political crisis in recent years. More than one in three young people there are unemployed. For many skilled, qualified and ... END_OF_DOCUMENT_TOKEN_TO_BE_REPLACED

At the end of every year, the team at Qantara.de gives you a run-down of the ten most-read articles on the site over the past 12 months. Here is a quick overview of the stories ... END_OF_DOCUMENT_TOKEN_TO_BE_REPLACED

The government in the Netherlands, one of the last European nations to abolish slavery, has made an historic apology. But some feel that there is still a long way to go. By Ella ... END_OF_DOCUMENT_TOKEN_TO_BE_REPLACED

To celebrate the bicentenary of the deciphering of the Rosetta Stone, the British Museum is running an exhibition entitled "Hieroglyphs: unlocking ancient Egypt" until February ... END_OF_DOCUMENT_TOKEN_TO_BE_REPLACED

Comments for this article: Sending out a Political Signal

What religionists do not comprehend is that religion is rationalized insanity. Realize that and the universe is a nice place. Islam considers non-Islamic countries as being in a 'state of war' which you do not dispel. Thus you wonder why you - and Islam - is considered the enemy. Undo this madness and all will be well

END_OF_DOCUMENT_TOKEN_TO_BE_REPLACED
Social media
and networks
Subscribe to our
newsletter