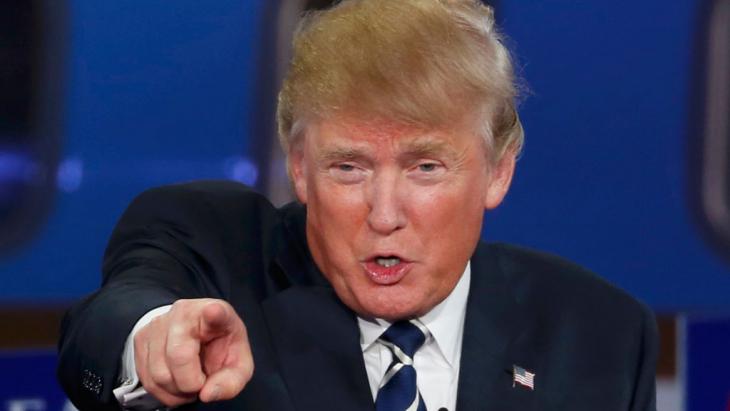 Right-wing populism in Europe and the USA

The politics of Islamophobia

When people panic, they can become hysterical and hysteria often leads to mass violence. When politicians convince people that they are in a life-or-death battle – that survival is a matter of "us or them" – anything becomes possible. An essay by Ian Buruma

Adolf Hitler combined all the elements of political catastrophe: hubris, charisma, greed and the idea that ″Aryans″ and Jews were locked in a struggle for survival. Of course, none of the demagogues in the West today – from Donald Trump in the United States to Marine Le Pen or Geert Wilders in Europe – are comparable to Hitler. None has promoted dictatorship, let alone mass murder. But they are definitely stirring up the politics of fear.

Trump, for one, also promotes greed – boasting openly of his wealth – and has somehow refined outlandish hubris and contradictory posturing into a bizarre form of charisma. On the one hand, he promises to fix all the world′s problems and to show China, Russia, the Islamic State, or anyone else who is boss. On the other hand, he claims that his vast and powerful country cannot take in desperate refugees from Syria, because, he warns, Muslim asylum-seekers might stage ″one of the great military coups of all time.″

USA only for Christians

Trump′s Republican colleagues in the race for the US presidency, such as Ted Cruz, Ben Carson, and Marco Rubio, stoke similar fears about refugees. Cruz, as well as the supposedly more moderate Jeb Bush, even suggested that only Christians should be allowed into the US.

More than 10,000 people are killed every year by gun violence in the US – all but a handful for reasons having nothing to do with Islam. And yet all of the Republican candidates are proud of opposing gun-control measures; indeed, they have no problem allowing people to enter a school or a bar bearing concealed weapons. But even a relative handful of Muslim refugees is too dangerous to contemplate. 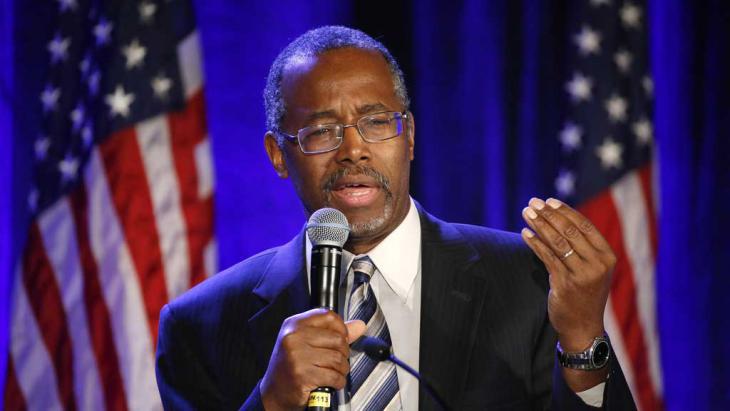 Blatant propaganda: in the wake of the Islamist attacks in Paris, influential Republicans have adopted a far harsher tone towards Muslims and refugees arriving from Syria. Presidential candidate Ben Carson compared the refugees with rabid dogs. "We have to weigh up our humanitarian efforts against our security concerns ", explained Carson recently. " If there is a rabid dog running around your neighbourhood, you’re probably not going to assume something good about that dog. And you′d probably tell your kids to keep their distance too." Opinion polls have Trump and Carson neck and neck in the race to win the presidential candidacy

This is not to say that terrible acts of Islamist terror could not happen in the US, or elsewhere. They have and there probably will be more of them, as long as the Middle East remains in turmoil and revolutionary Islam appeals to disaffected Western youth. But it is hardly an existential threat.

″One terrorist act away from a Trump presidency″

An American friend of mine speculated that, ″We might be one terrorist act away from a Trump presidency.″ A spectacular murder spree by Islamists could spook Americans enough to vote for the greatest fear-monger. Anything is possible, but I don′t believe American voters would be that stupid.

The greater danger is, however, that the demagogues will drive even mainstream politicians into their camp. Since the terror attacks in Paris on 13 November, Francois Hollande, the unpopular but altogether sensible French president, has been so afraid of being labelled a weakling by politicians of the right and far right that he has declared a national state of emergency – and war on Islamic State (IS).

As long as France′s state of emergency lasts, police may arrest people without warrants, break down the doors of private residences in the middle of the night, take over restaurants and other public places with armed force and generally behave like agents in a police state. Most French citizens are now so frightened of Islamist attacks that such measures are widely supported. But they are almost certainly counter-productive.

A national leader can declare war on a state, not on a network of revolutionaries. IS, despite its claims, is not a state and Hollande should not treat it as one. Besides, even if bombing IS strongholds in Iraq or Syria makes military sense, it won′t break the spell of Islamist revolution for frustrated, bored and marginalised young people in French slums. 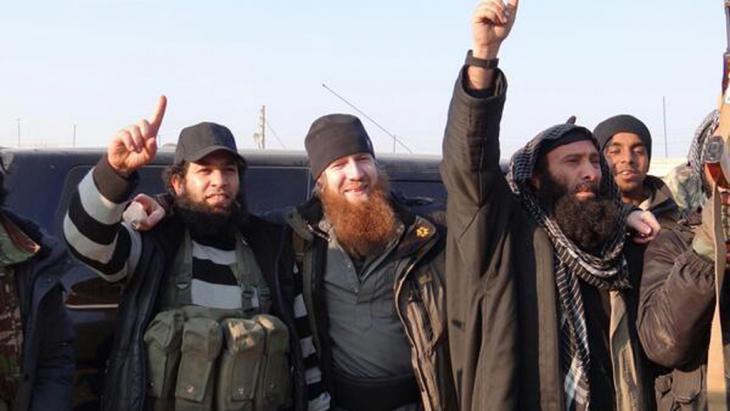 "IS, despite its claims, is not a state, and Hollande should not treat it as one. Besides, even if bombing IS strongholds in Iraq or Syria makes military sense, it won′t break the spell of Islamist revolution for frustrated, bored and marginalised young people in French slums," opines Ian Buruma

On the contrary: the canny leaders of IS also rely on an apocalyptic ″us or them″ view of the world. Most Muslims are not violent revolutionaries who condone, let alone admire, mass violence. IS seeks to broaden its support, especially among young Muslims, by convincing them that true Muslims are in an existential war with the West – that the infidels are their mortal enemies. For them no less than for Trump, fear is the most powerful weapon.

So the more a Western government allows its policemen to humiliate and bully Muslims in the name of security, the more IS is likely to win European recruits. The only way to combat revolutionary Islamist violence is to gain the trust of law-abiding Muslims in the West. This will not be easy, but arbitrary arrests are surely the wrong way to go about it.

Likewise, when it comes to civil wars in the Middle East, Western restraint is usually a better strategy than hasty military intervention driven by domestic fear. Republican candidates in the US are already using the recent murder spree in Paris to blame President Barack Obama and, by extension, any future Democratic candidate, for being weak. Trump has promised to ″bomb the shit out of IS.″

This bellicosity has had the effect of pushing Hillary Clinton, the front-runner for the Democratic presidential nomination, into distancing herself from Obama. Like Hollande, she has to assuage public fear by talking tough and promising more military action.

Obama has consistently resisted the temptation to unleash more wars. His policies have sometimes been inconsistent and irresolute. But in his refusal to give in to panic and act rashly, he has been far braver than all the big talkers who accuse him of being a wimp.

Home
Print
Newsletter
More on this topic
After the Paris attacks: The dangerous "alliance" between Islamism and IslamophobiaImmigration and the new class divide: Feeding on people's grievancesDemocracy and freedom of speech: Charlie and Theo
Related Topics
'Islamic State' | IS, Barack Obama, Clash of civilisation, Criticism of Islam, Donald Trump, Immigration, International terrorism, Islamophobia, Policy on refugees and migration, Refugees
All Topics

Recep Tayyip Erdogan, disappointed by the European Union’s reluctance to integrate Turkey into its ranks, has re-directed his country’s diplomacy toward the Maghreb and Africa to ... END_OF_DOCUMENT_TOKEN_TO_BE_REPLACED

Philosopher Juergen Habermas was due to be awarded a major Arab prize in Abu Dhabi, but has turned it down following criticism. This decision torpedoes Arab efforts at a ... END_OF_DOCUMENT_TOKEN_TO_BE_REPLACED

Although a unity government was formed in Libya in March 2021, tensions and possible crises between the political actors are already emerging. What problems does the country face ... END_OF_DOCUMENT_TOKEN_TO_BE_REPLACED

Among Muslims, the image of women as "cossetted hijab-wearing princesses" is frequently invoked. But Muslim women have long wanted to be more. In her essay, Karoline Roscher- ... END_OF_DOCUMENT_TOKEN_TO_BE_REPLACED

Even in times of war and pandemic, refugees are still being deported to Afghanistan. Several deportation flights have taken place in recent weeks alone. Since those affected often ... END_OF_DOCUMENT_TOKEN_TO_BE_REPLACED

Surging coronavirus cases in many parts of the world have overshadowed the start of this year's Muslim holy month of Ramadan, with festivities once again curtailed by contagion ... END_OF_DOCUMENT_TOKEN_TO_BE_REPLACED
Author:
Ian Buruma
Date:
Mail:
Send via mail

END_OF_DOCUMENT_TOKEN_TO_BE_REPLACED
Social media
and networks
Subscribe to our
newsletter