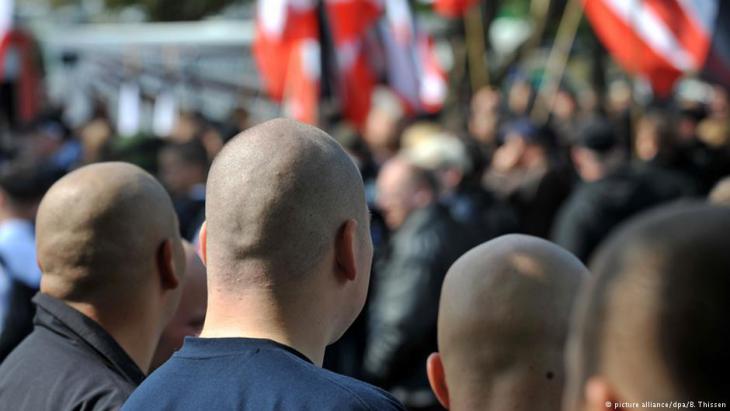 Right-wing populism in Europe and the USA

Those who cry wolf

In our populist age, right-wing ideologues manage to move in high circles, muting their overt racism and disguising their bigotry beneath a lot of smart patter. But they also benefit from the lofty disdain of the liberal elites, which validates their narrative of victimisation. Commentary by Ian Buruma

Something many right-wing populists have in common is a peculiar form of self-pity: the feeling of being victimised by the liberal media, academics, intellectuals, "experts" – in short, by the so-called elites. The liberal elites, the populists proclaim, rule the world and dominate ordinary patriotic people with an air of lofty disdain.

This is in many ways an old-fashioned view. Liberals, or leftists, do not dominate politics any more. And the influence that great left-of-centre newspapers, like The New York Times, once had has long been eclipsed by radio talk-show hosts, right-wing cable TV stations, tabloid newspapers (largely owned by Rupert Murdoch in the English-speaking world) and social media.

Influence, however, is not the same thing as prestige. The great newspapers, like the great universities, still enjoy a higher status than the more popular press and the same goes for higher learning. The Sun or Bild newspapers lack the esteem of the Financial Times or the Frankfurter Allgemeine Zeitung, and evangelical colleges in rural parts of the U.S. cannot compete in terms of cachet with Harvard or Yale. 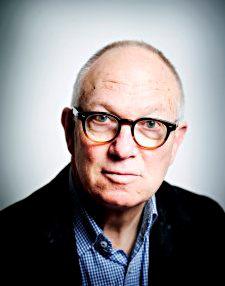 From 2003 to 2017 Buruma was Luce Professor of Democracy, Human Rights & Journalism at Bard College, New York. In May 2017, he was named editor of The New York Review of Books and took over the position in September 2017. He has won several prizes for his books, including the Los Angeles Times Book Prize and the PEN/Diamonstein-Spielvogel Award for the Art of the Essay for "Theater of Cruelty"

Social status arouses more envy and resentment in our populist age than money or fame do. President Donald Trump, for example, is a very wealthy man, who was more famous than any of his rivals for the U.S. presidency, including Hillary Clinton. And yet he seems to be in an almost permanent rage against people who have greater intellectual or social prestige than he does. The fact that he shares this resentment with millions of people who are much less privileged goes a long way toward explaining his political success.

But much has changed. Younger members of the far right, especially in Europe, are often sharply dressed in tailor-made suits, recalling the fascist dandies of pre-war France and Italy. They don′t shout at large mobs, but are slick performers in radio and TV studios and are savvy users of social media. Some of them even have a sense of humour.

These new-model rightists are almost what Germans call ′salonfahig′, respectable enough to move in high circles. Overt racism is muted; their bigotry is disguised under a lot of smart patter. They crave prestige.

I had occasion to encounter a typical ideologue of this type recently at an academic conference organised by the Hannah Arendt Center at Bard College in the United States. The conference was about populism and the ideologue was named Marc Jongen, a politician from the far-right Alternative fur Deutschland (AfD) party with a doctorate in philosophy. The son of a Dutch father and an Italian mother, born in Italy′s German-speaking South Tyrol, Jongen spoke near-perfect English.

Self-pity lay close to the surface. Jongen described Chancellor Angela Merkel′s decision to give shelter in Germany to large numbers of refugees from Middle Eastern wars as "an act of violence" toward the German people. He called immigrants and refugees criminals and rapists (even though crime rates among refugees in Germany are far lower than among "natives"). Islam was robbing the German Volk of its true identity. Men like Jongen were always being called Nazis. And so on.

I had been asked to furnish some counterarguments. I did not call Jongen a Nazi. But I did my best to point out why I thought his claims were both wrong and dangerous. We shook hands at the end. And that, as far as I was concerned, was that.

Then a minor academic storm broke out. More than 50 distinguished U.S. academics signed a letter protesting the Hannah Arendt Center′s decision to invite Jongen to speak. The point was not that he didn′t have the right to express his opinions, but that Bard College should not have lent its prestige to make the speaker look respectable. Inviting him to speak made his views seem legitimate.

This strikes me as wrongheaded for several reasons. First of all, if one is going to organise a conference on right-wing populism, it is surely useful to hear what a right-wing populist actually has to say. Listening to professors denouncing ideas without actually hearing what they are would not be very instructive.

Nor is it obvious that a spokesman for a major opposition party in a democratic state should be considered out of bounds as a speaker on a college campus. Left-wing revolutionaries were once a staple of campus life and efforts to ban them would rightly have been resisted.

The protest against inviting Jongen was not only intellectually incoherent; it was also tactically stupid, because it confirms the belief of the far right that liberals are the enemies of free speech and that right-wing populists are victims of liberal intolerance. I like to think that Jongen left the Bard conference politely discredited. Because of the protest, he was able to snatch victory from defeat.

Unauthorised immigration to Europe went down at the peak of the pandemic. As EU countries re-open, migrant flows are back up. What does it mean for the EU – and for migrants? By ... END_OF_DOCUMENT_TOKEN_TO_BE_REPLACED

Religions are often a source of conflict. But the worldwide Religions for Peace movement seeks to change that by galvanising interreligious dialogue. Delegates from 90 countries ... END_OF_DOCUMENT_TOKEN_TO_BE_REPLACED

Berlin's annual Human Rights Film Festival closed at the weekend. One entry to the festival was the documentary "Captains of Zaatari". Its Egyptian director Ali El Arabi focuses ... END_OF_DOCUMENT_TOKEN_TO_BE_REPLACED

The world must take action now to prevent a deep and lasting humanitarian crisis in Afghanistan. But what, if anything, can be done? The one billion dollars pledged by ... END_OF_DOCUMENT_TOKEN_TO_BE_REPLACED

Germany's foreign policy is explicitly values-based. But what happens, Ralf Bosen asks, when democracy, the rule of law and human rights collide with the logic of trade and ... END_OF_DOCUMENT_TOKEN_TO_BE_REPLACED
Author:
Ian Buruma
Date:
Mail:
Send via mail

END_OF_DOCUMENT_TOKEN_TO_BE_REPLACED
Social media
and networks
Subscribe to our
newsletter