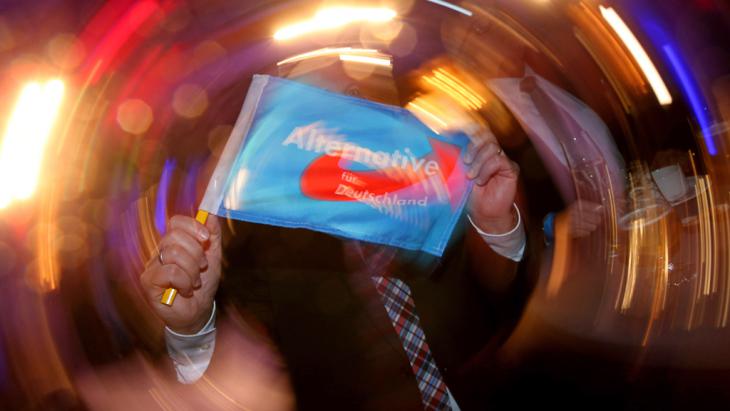 For a long time France ignored the Front National – now it's the nation's strongest party. Germany should not repeat this mistake in its dealings with the AfD. Commentary by Christophe Bourdoiseau, German correspondent for the French daily "Le Parisien"

When it comes to presidential elections in France, I haven't voted for a political programme in 30 years. The whole time I've simply been voting against the Front National (FN). It's not a democratic act, it's resistance. It doesn't have to come to that with the AfD in Germany.

Over the past 20 years, reunified Germany has become a model for democracy and integration in Europe. The nation has changed in incredibly positive ways. The Germans are confident and popular again in the world. Their behaviour during the refugee crisis has been exemplary.

Against the system, against Europe, against Islam

Now, the rise of this far-right party has become a threat to Germany's inner peace. The AfD may be compared with the FN in France: against the system, against Europe, against Islam. Both offer formulas that question our democratic values and that will divide civil society. The AfD is not yet as strong as the FN in France. That′s why, when it comes to dealing with right-wing extremists, German politicians should learn from French errors.

Firstly, the danger must be taken seriously. The first mistake France made was to ignore the FN. French politicians thought they could continue to govern without taking any notice of the FN. They thought the FN was not France. For too long, the media also boycotted the FN – or more accurately: ignored the party without confronting its arguments with facts. For ages, people in France have been talking about the "lying media". Journalists are also coming under attack from militants who are convinced that the media are protecting mainstream parties.

France's shift to the right

The right-wing propaganda has worked. A consensus is being found in a mood that is anti-Islamic, anti-European and even anti-German. Even in the village in deepest France where I've always enjoyed talking to the friendly people in the summer holidays, 42 percent gave their vote to the FN. There are virtually no foreigners there. 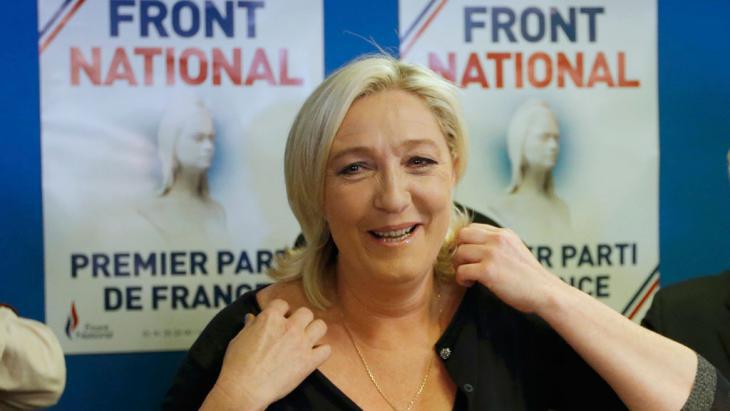 A disaster for the political establishment: during the 2014 European elections, Le Pen′s party became the strongest force in France. It now fields more than twenty MEPs in the European parliament. Current polls reveal that Marine Le Pen, who took over leadership of the party from her father Jean-Marie in 2011, is highly likely to make it to the final poll in the French presidential elections, due to be held in a year′s time

The French discourse no longer revolves around "Liberte, Egalite, Fraternite", but increasingly around the issue of security. The essential question is whether Islam belongs to our society; there is a serious debate going on today over whether the Muslims will replace "us" in the end. Where have we ended up?

The misguided approach to the FN has been making French democracy sick for 30 years. The mainstream parties are split and have lost their orientation. Most react in panic and try to copy the FN, to salvage what can still be salvaged.

Presidential candidate Jacques Chirac began in 1991, with his diatribe against Africans and Muslims. He can "understand", he said at the time, that French people get angry when "these foreigners" receive more money from welfare payments than they earn in work. Must the French "also put up with the noise and the smell?," he added. Former president Nicolas Sarkozy pursued this policy line. Before he founded his "Ministry of National Identity", he promised to "clean with a high-pressure hose" the suburbs that are home to migrants and the poor.

The word "understand" is the most dangerous here. Those who want to conduct themselves decently in the political arena should work at breaking down public fears. Otherwise, the FN will always benefit in the end. There is no anti-AfD strategy in Germany. It is not enough to say: the party is abhorrent and will disappear as soon as the refugee crisis comes to an end. 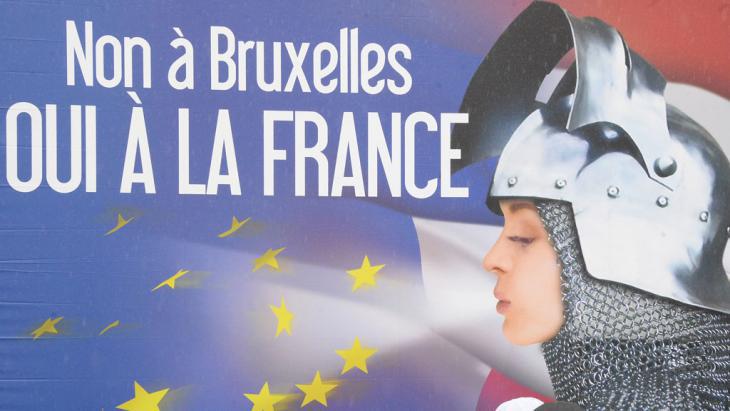 Against fundamental European values, democratic pluralism and intercultural diversity: "The first mistake France made was to ignore the FN. French politicians thought they could continue to govern without taking any notice of the FN. They thought the FN was not France. For too long, the media also boycotted the FN"

Similarly, poking fun at the AfD is no solution. We tried that in France. The CDU experienced this in Saxony, claiming that the state was immune to right-wing extremism. I also heard that said in France. 20 years ago. The CDU in Saxony is now harvesting the fruits of its blind politics, just as we are in France.

Fortunately, Germany's political system is still staffed with upstanding folk, but the tendency of some politicians towards a tougher stance on minorities shows that the failure of Saxony can be repeated elsewhere. Sections of the CSU are attempting to overtake the AfD on the right. What a mistake! Voters don't want a copy, they'll choose the original. This is exactly what happened in France. It will be exactly the same in Germany. By pursuing such a strategy, the C-parties will be split.

French constitutional state on the retreat

German politicians must stay on course. They should provide arguments in favour of the constitutional state and democracy and show no understanding when it comes to the right wing. In France people used to say that the FN was asking good questions, but not coming up with any good solutions. Now, the French view the FN as a genuine alternative. Over the past 20 years, I have seen the constitutional state on the gradual retreat in France.

It's almost like the old days in East Germany: expatriation as a weapon for greater security. Which politician seriously believes that this can stop the terrorists? A policy agreed by a left-wing government to entice voters away from the FN.

But in the end, the FN will win again. In the 2014 European elections, it was the strongest party in France capturing almost 25 percent of the vote. In the 2017 presidential election, it could emerge as the strongest force before the run-off ballot. And again, I will vote for a candidate whom I would not normally choose to put up resistance "against the FN". For how much longer?

The devaluation of the Egyptian pound combined with rising food prices is taking its toll on Egypt. More and more people are slipping into poverty. Karim El-Gawhary reports from ... END_OF_DOCUMENT_TOKEN_TO_BE_REPLACED

Since returning to power in Afghanistan, the Taliban have steadily eroded the rights and opportunities of women and girls, particularly their access to education. But Afghans are ... END_OF_DOCUMENT_TOKEN_TO_BE_REPLACED

The book "The Invention of the Maghreb: between Africa and the Middle East" prompts us to review basic terminology. This includes terms that we use almost every day as if they are ... END_OF_DOCUMENT_TOKEN_TO_BE_REPLACED

Tunisia has been going through a severe economic and political crisis in recent years. More than one in three young people there are unemployed. For many skilled, qualified and ... END_OF_DOCUMENT_TOKEN_TO_BE_REPLACED

At the end of every year, the team at Qantara.de gives you a run-down of the ten most-read articles on the site over the past 12 months. Here is a quick overview of the stories ... END_OF_DOCUMENT_TOKEN_TO_BE_REPLACED

The government in the Netherlands, one of the last European nations to abolish slavery, has made an historic apology. But some feel that there is still a long way to go. By Ella ... END_OF_DOCUMENT_TOKEN_TO_BE_REPLACED

Comments for this article: Take the AfD seriously – or you'll end up like us

END_OF_DOCUMENT_TOKEN_TO_BE_REPLACED
Social media
and networks
Subscribe to our
newsletter