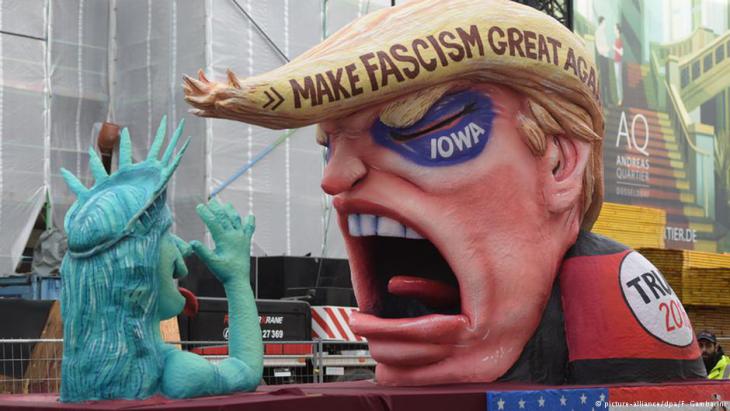 Hillary Clinton, the Democratic US presidential nominee, recently described supporters of her opponent, Donald Trump, as a ″basket of deplorables″. It was neither a tactful nor an elegant phrase and she later apologised for her remark. But she was more right than wrong. By Ian Buruma

Among developed countries, the US ranks low in terms of literacy, general knowledge and science. Japanese, South Koreans, Dutch, Canadians and Russians score consistently higher. This is at least partly the result of leaving education too much to the market: those with money are highly educated and those with insufficient means are not educated enough.

So far, it seems clear that Clinton appeals to better-educated urban voters, while Trump attracts mainly less-educated white men, many of whom in earlier generations would have been Democrat-voting coal miners or industrial workers. Does this mean that there is a link between education – or the lack of it – and the appeal of a dangerous demagogue?

One of the most remarkable things about Trump is the extent of his own ignorance, despite his high educational attainment and the fact that he seems to benefit from flaunting it. Perhaps it is easier for a loud-mouthed ignoramus to convince large numbers of people whose knowledge of the world is as slight as his own.

But this is to assume that factual truth matters in the rhetoric of a populist agitator. Many of his supporters don′t seem to care much about reasoned argument – that′s for the liberal snobs. Emotions count more and the prime emotions that demagogues manipulate, in the US and elsewhere, are fear, resentment and distrust. 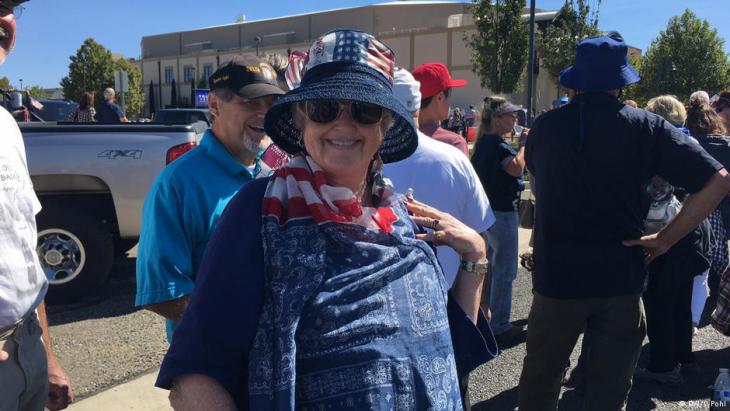 Trump, the great white hope of the underprivileged: "their xenophobia is directed against poor Mexican immigrants, blacks, or Middle Eastern refugees, who are perceived as freeloaders depriving honest (read white) Americans of their rightful place in the social pecking order," writes Buruma

This was also true in Germany when Hitler came to power. But the Nazi party in its early days did not find the bulk of its support among the least educated. On average, Germany was more highly educated than other countries and the most enthusiastic Nazis included schoolteachers, engineers and doctors, as well as provincial small businessmen, white-collar workers and farmers.

Urban factory workers and conservative Catholics were, on the whole, less susceptible to Hitler′s blandishments than many more highly educated Protestants. Low educational standards do not explain Hitler′s rise.

Fear, resentment and distrust ran very high in Weimar Germany, after the humiliation of wartime defeat and amid a devastating economic depression. But the racial prejudices whipped up by Nazi propagandists were not the same as the ones we see among many Trump supporters today. The Jews were seen as a sinister force that was dominating the elite professions: bankers, professors, lawyers, news media, or entertainment. They were the so-called back-stabbers who prevented Germany from being great again.

Underprivileged in a globalising world

The Trump supporters are showing a similar animus against symbols of the elite, such as Wall Street bankers, ″mainstream″ media and Washington insiders. But their xenophobia is directed against poor Mexican immigrants, blacks, or Middle Eastern refugees, who are perceived as freeloaders depriving honest (read white) Americans of their rightful place in the social pecking order. It is a question of relatively underprivileged people in a globalising, increasingly multi-cultural world, resenting those who are even less privileged.

In the US today, as in the Weimar Republic, the resentful and the fearful have so little trust in prevailing political and economic institutions that they follow a leader who promises maximum disruption. By cleaning out the stables, it is hoped, greatness will return. In Hitler′s Germany, this hope existed among all classes, whether elite or plebeian. In Trump′s America, it thrives mostly among the latter.

In the US and Europe, today′s world looks less scary to more affluent and better educated voters, who benefit from open borders, cheap migrant labor, information technology and a rich mixture of cultural influences. Likewise, immigrants and ethnic minorities who seek to improve their lot have no interest in joining a populist rebellion directed mainly against them, which is why they will vote for Clinton.

Trump must thus rely on disaffected white Americans who feel that they are being left behind. The fact that enough people feel that way to sustain such an unsuitable presidential candidate is an indictment of US society. This does have something to do with education – not because well-educated people are immune to demagogy, but because a broken education system leaves too many people at a disadvantage.

In the past, there were enough industrial jobs for less-educated voters to make a decent living. Now that those jobs are vanishing in post-industrial societies, too many people feel that they have nothing more to lose. This is true in many countries, but it matters more in the US, where putting a bigoted demagogue in charge would do great damage not only to that country, but also to all countries trying to hold onto their freedoms in an increasingly perilous world.

Ian Buruma is Professor of Democracy, Human Rights, and Journalism at Bard College. He is the author of numerous books, including ″Murder in Amsterdam: The Death of Theo Van Gogh and the Limits of Tolerance″ and ″Year Zero: A History of 1945″.

Home
Print
Newsletter
More on this topic
Right-wing populism in Europe and the USA: The politics of IslamophobiaAfter the Paris attacks: The dangerous "alliance" between Islamism and IslamophobiaImmigration and the new class divide: Feeding on people's grievances
Related Topics
AfD | Alternative for Germany, Democracy and civil society, Donald Trump, Freedom of religion, Globalisation, Muslims in the West, Policy on refugees and migration, Poverty, Refugees, Right-wing populism, U.S. policy in the Middle East
All Topics

Since returning to power in Afghanistan, the Taliban have steadily eroded the rights and opportunities of women and girls, particularly their access to education. But Afghans are ... END_OF_DOCUMENT_TOKEN_TO_BE_REPLACED

The book "The Invention of the Maghreb: between Africa and the Middle East" prompts us to review basic terminology. This includes terms that we use almost every day as if they are ... END_OF_DOCUMENT_TOKEN_TO_BE_REPLACED

Tunisia has been going through a severe economic and political crisis in recent years. More than one in three young people there are unemployed. For many skilled, qualified and ... END_OF_DOCUMENT_TOKEN_TO_BE_REPLACED

At the end of every year, the team at Qantara.de gives you a run-down of the ten most-read articles on the site over the past 12 months. Here is a quick overview of the stories ... END_OF_DOCUMENT_TOKEN_TO_BE_REPLACED

The government in the Netherlands, one of the last European nations to abolish slavery, has made an historic apology. But some feel that there is still a long way to go. By Ella ... END_OF_DOCUMENT_TOKEN_TO_BE_REPLACED

To celebrate the bicentenary of the deciphering of the Rosetta Stone, the British Museum is running an exhibition entitled "Hieroglyphs: unlocking ancient Egypt" until February ... END_OF_DOCUMENT_TOKEN_TO_BE_REPLACED
Author:
Ian Buruma
Date:
Mail:
Send via mail

END_OF_DOCUMENT_TOKEN_TO_BE_REPLACED
Social media
and networks
Subscribe to our
newsletter