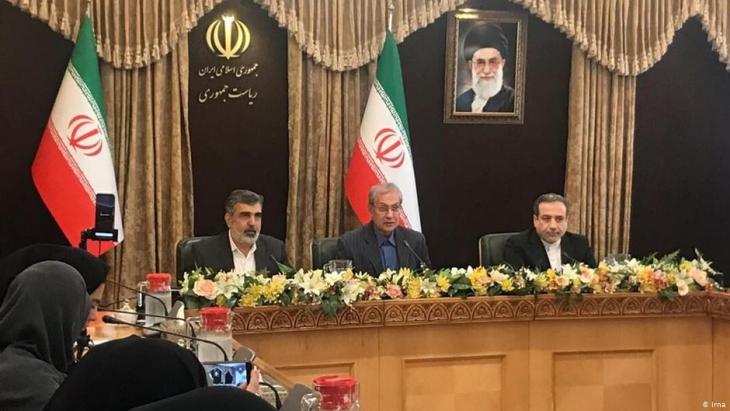 Rising tension in the Middle East

Where are the USA and Iran heading?

Now the nuclear agreement in its present form no longer applies to Iran either. On Sunday it began enriching uranium beyond the 3.67 percent mark, thus exceeding the limit set by the agreement. Meanwhile, the economy is in ruins, poverty is spreading and Iranian security forces have announced tough action against possible protests. By Ali Sadrzadeh

The first ultimatum has expired. A boundary has been crossed. But where is the next limit? Do they know the way; can they negotiate the all pitfalls in this treacherous terrain? Where do they actually want to go, what is their goal, and who can help prevent them from straying onto the wrong path? In short: do the rulers of the Islamic Republic have a strategy?

At the press conference on Sunday at which Iran announced it would begin enriching uranium beyond the 3.67 percent limit, it was difficult to discern anything that might have been called a strategy. A second ultimatum, also lasting 60 days, was to begin. Should it bring no result, further steps would follow, said Iranian Deputy Foreign Minister Abbas Araghchi.

Araghchi did not say what these steps would be. He could not or was not allowed to name them, nor is that his job. Such "steps" are determined elsewhere, not in the State Department.

Two days before this press conference, another media audience was given for those wishing to learn more about the direction Iran intends to take. On that day, Ali Akbar Velayati had gathered selected Iranian media around him. And when Velayati talks about foreign policy, you know he is simply passing on what Ali Khamenei, Iran's most powerful man, is thinking. Velayati was Iran's foreign minister for 16 years – his current Wikipedia entry includes 37 jobs. The most important: foreign policy advisor to the revolutionary leader. 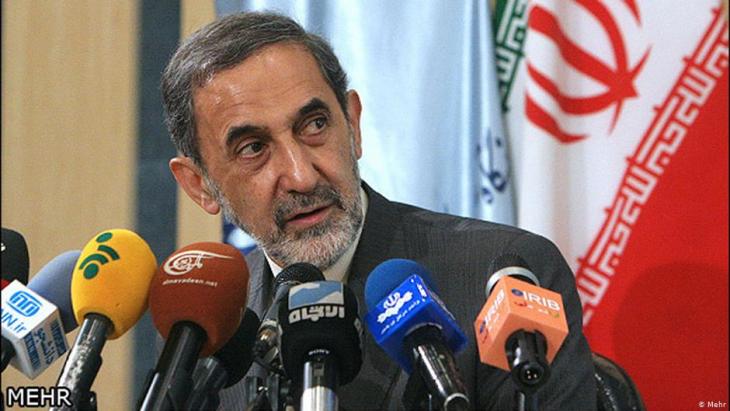 Communicating the wishes of Khamenei: "Should Europe keep its promise, we will immediately return to the nuclear agreement," said Velayati, former Iranian foreign minister and policy advisor to the revolutionary leader

Twenty percent enrichment will be the next step if Europeans fail to meet their obligations in the next 60 days. This is the level of enrichment needed for medical purposes and for equipping the Buschehr nuclear power plant, Velayati said. But this power plant is currently defective and has been out of order for months. Should Europe keep its promise, we will immediately return to the nuclear agreement, Velayati continued.

But what should Europe do? In one sentence: help Iran bypass U.S. sanctions. How? By enabling the sale of Iranian oil. Is Europe in a position to do that? Moreover, is that something it even wants?

A few hours before Velayati appeared in front of the press in Tehran, something occurred off the coast of Gibraltar that best demonstrated where Europe stands at the moment. The British Navy seized an Iranian oil tanker that was on its way to a Syrian refinery. Britain had acted at the request of the U.S., a spokesman for the Spanish government said. Since then, a British court has ruled that the tanker may be detained for another two weeks. So much for Europe's willingness to help.

One year after the burka ban in the Netherlands, Muslim women are reporting increased discrimination and violence. Adding to the frustration, face masks against coronavirus have ... END_OF_DOCUMENT_TOKEN_TO_BE_REPLACED

A broad U.S.-led effort to hold the Chinese government to international account for its abuses of largely Muslim Uighurs in Xinjiang would, at the very least, remind China that ... END_OF_DOCUMENT_TOKEN_TO_BE_REPLACED

Germany is often lauded for its atonement for its Nazi past. Yet the country upheld the structures that allowed – and allow – racism to flourish and Germanness to be intertwined ... END_OF_DOCUMENT_TOKEN_TO_BE_REPLACED

Five years after the Joint Comprehensive Plan of Action was concluded, it is on life support, following the US's reinstatement of sanctions and Iran's return to enrichment ... END_OF_DOCUMENT_TOKEN_TO_BE_REPLACED

The outpouring of solidarity worldwide following the violent death of George Floyd should prompt us to step back and fundamentally question racist structures and privileges based ... END_OF_DOCUMENT_TOKEN_TO_BE_REPLACED

The photos of the first Friday prayers in Hagia Sofia in 86 years triggered passionate and diverse responses around the world. Surrounded by a coterie of ministers, Turkey's ... END_OF_DOCUMENT_TOKEN_TO_BE_REPLACED
Author:
Ali Sadrzadeh
Date:
Mail:
Send via mail

END_OF_DOCUMENT_TOKEN_TO_BE_REPLACED
Social media
and networks
Subscribe to our
newsletter