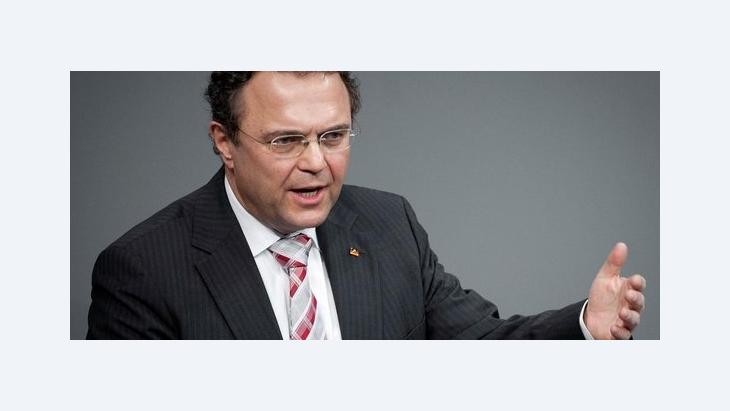 Comments issued by German Interior Minister Hans-Peter Friedrich on a controversial new study have triggered a debate on the refusal of young Muslims to integrate. But his critics accuse him of cherry-picking the report's findings to generate sensational headlines. By Daniel Bax

Whenever researchers issue a new study, it is not unusual for the results to be unveiled in advance by the media, and the findings to be commented upon by politicians. Most unusual however is how German Foreign Minister Hans-Peter Friedrich of the conservative CSU has just dealt with a new study of young Muslims in Germany commissioned by his own ministry.

Even before his ministry had published the study on its website on 1 March 2012, the minister had already commented on a small portion of its findings in Germany's biggest tabloid newspaper. His actions can be viewed as a lesson on how scientific evidence is misused by politics.

The meaty subject matter was supplied by a certain group of young Muslims, who according to the study insist on upholding their "own culture of origin". The authors of the report say they number around a quarter of non-German youngsters polled between the ages of 14 and 32 – in the case of young Muslims holding German citizenship they calculated 15 percent to be in this category. They describe this group as strictly religious "with a strong antipathy towards the West, a tendential acceptance of violence and without inclination to integrate."

Easy pickings for the Interior Minister, who told the Bild newspaper: "We do not accept the importation of authoritarian, anti-democratic and religiously fanatical points of view." He went on to say those who oppose freedom and democracy will have no future here. 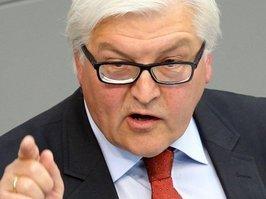 ​​Consider this in the light of the fact that the study, titled "The Daily Life of Young Muslims in Germany" actually shows that most Muslims living here want to integrate – even if they do not hold German citizenship. This high degree of identification is not a matter of course following the populist Sarrazin debate and after revelations over the series of racist murders throughout Germany committed by a terrorist cell from the state of Thuringia.

This did not stop the Bild from describing the findings as a "shock study". And it was not just the Interior Minister, but also his party colleagues from the CSU who fell upon the opportunity to again warn against radical Muslims and what they have termed "those who reject integration".

Only when vociferous criticism began to emerge from the ranks of his own coalition government did Friedrich back-pedal: At a hastily arranged media conference he warned against ripping a portion of the results out of context and placing Muslims under general suspicion, just as he had himself just done. Muslims in Germany are indeed "a very diverse grouping" said the Minister, showing himself to be keen to learn. And, as he then meekly conceded, the study also shows that most of them categorically reject terrorism.

All too late. Friedrich could now do nothing to prevent the storm clouds from gathering directly over his head, and criticism rained down on him even from within the ranks of his own coalition. Both Justice Minister Sabine Leutheusser-Schnarrenberger (FDP) and parliamentary group leader Frank-Walter Steinmeier from the opposition SPD accused him of chasing headlines.

And even the otherwise rather toothless government commissioner for integration, Maria Böhmer of the CDU, described the validity of the statistics cited by Friedrich "beyond limited". Indeed, the findings of the study, which ran to more than 700 pages, were heavily edited and seriously distorted by Friedrich and the Bild newspaper. The survey that caused such a stir cannot be viewed as representative in any shape or form, as the random sample polled was simply too small. 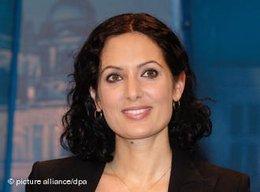 Vague integration concept: Sociologist Naika Foroutan finds fault with the poll which only asked Muslims aged between 14 and 32 about their attitudes to Germany and their culture of origin, as well as their contact with Germans

​​The 760-page report on "The Daily Life of Young Muslims in Germany" actually consists among other things of an appraisal of Muslim Internet forums, of group interviews with Muslim youngsters and an evaluation of German, Turkish and Arab television reporting. In addition, telephone interviews were conducted with Muslim and non-Muslim youngsters. Participating scientists – psychologists, sociologists and communication specialists – hoped that this would help them to glean more information about the role of the media in the radicalization of young Muslims.

Their findings are highly differentiated. Most of the young Muslims polled – even those expressing religiously fundamentalist views – rejected all forms of religiously justified violence and stated their absolute opposition to the "crazy" and "criminal" perpetrators of Al Qaeda & Co. Nevertheless, there is evidence among those youngsters who primarily inform themselves via Turkish broadcasters such as Kanal D of a strong tendency to disengage from German society.

But communications specialist Wolfgang Frindte from the University of Jena and his colleagues do not regard religion and an interest in the culture of origin as a barrier to integration per se: Their theory is that Muslim radicalization has come about more as a result of losing links to that culture of origin, while at the same time not being accepted by the new host society.

This is why researchers are perturbed by the fact that many Muslims feel discriminated against as a group by German media. Something that all generations of Muslims in Germany have in common is that they suffer as a result of parallels drawn between their religion and terrorism, as well as blanket prejudice. German media have been assigned a highly negative role in this alienation process.

From the point of view of most of those polled in this study, reporting by German broadcasters is too negative and unbalanced. 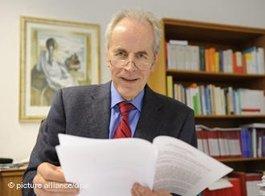 Not representative in character: Criminologist Christian Pfeiffer warned against "generalised scaremongering" in relation to Muslims in Germany

​​Although they often experience their non-Muslim fellow citizens as aloof and unapproachable, most Muslims in Germany do however feel at home here. Nevertheless, using telephone interviews with Muslim and non-Muslim youngsters both before and after the publication of Sarrazin's book, researchers were also able to prove that the success of this book has damaged the process of integration, because it has bolstered reservations on both sides.

There has also been some criticism of the study's methodical approach from the scientific community. A research team led by sociologist Naika Foroutan at Berlin's Humboldt University finds fault with the concept of integration upon which the study is based. For example in the poll, Muslims aged between 14 and 32 were only asked about their attitude to Germany and to their culture of origin, as well as their contact with Germans.

Key integration factors such as education, language and work were not taken into consideration. Foroutan's team also say it is questionable to immediately equate a distanced attitude to Germany with a "radicalization" of young Muslims.

As criminologist Christian Pfeiffer told the Neue Osnabrücker Zeitung: "Of course you're going to have cases of devout Muslims not giving a damn about Germany, but that's the result of missed integration opportunities." Pfeiffer, the Director of the Criminological Research Institute of Lower Saxony, also warned against "generalised scaremongering".

Those left most unhappy by the meteoric media profile attained by their study over the past few days are however the authors themselves. They never once claimed to have produced a representative study, on the contrary: They make it explicitly clear that their statistics should not be projected onto all Muslims living in Germany.

But that is exactly what Interior Minister Friedrich and the Bild newspaper have done. And now employees at the institutes involved in compiling the study are accusing them of "a complete distortion of the findings". As Bremen social scientist Klaus Boehnke is quoted as saying in the current issue of Der Spiegel, the whole fiasco has given him and his colleagues sleepless nights. The study was quite simply defrauded of its differentiated results and positive tenor, he said.

Algeria‘s regime is again cracking down on anti-fracking activists and the unemployed in the country‘s south. Yet EU countries remain keen to scale up their energy cooperation ... END_OF_DOCUMENT_TOKEN_TO_BE_REPLACED

Bachtyar Ali sends the hero of his latest novel – "Mein Onkel den der Wind mitnahm" – literally flying. Jamshid is so thin after his years as a political prisoner that a gust of ... END_OF_DOCUMENT_TOKEN_TO_BE_REPLACED

For a century, the Kurds and other minorities in Turkey have been subject to state repression. With his dissertation "The Kurdish Question in Turkey", political analyst Ismail ... END_OF_DOCUMENT_TOKEN_TO_BE_REPLACED

Anti-Semitic motifs have no place at Germany’s documenta art show or anywhere else in the world, stresses Meron Mendel, director of the Anne Frank Educational Centre in Frankfurt ... END_OF_DOCUMENT_TOKEN_TO_BE_REPLACED

A new exhibition, "Syria – Against Forgetting", at Cologne’s Rautenstrauch-Joest-Museum focuses on Syria's artistic and cultural heritage and pays tribute to the country before ... END_OF_DOCUMENT_TOKEN_TO_BE_REPLACED

Madrid's about-face on the Western Sahara conflict has enraged Algeria. Trade relations have been frozen unilaterally and a cut in gas supplies to Europe could be in the pipeline ... END_OF_DOCUMENT_TOKEN_TO_BE_REPLACED
Author:
Daniel Bax
Date:
Mail:
Send via mail

END_OF_DOCUMENT_TOKEN_TO_BE_REPLACED
Social media
and networks
Subscribe to our
newsletter