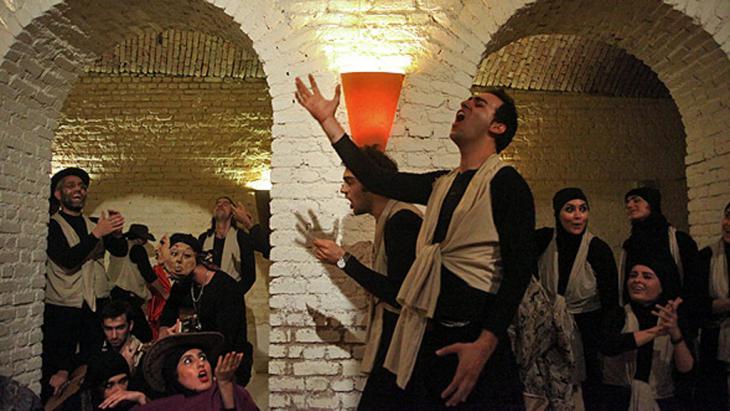 "Last Scene Underground: an ethnographic novel of Iran" by Roxanne Varzi, an American associate professor of anthropology, tells the story of a group of students in Tehran who want to stage an illegal play underground. Marian Brehmer read the book

Cultural anthropology is one of several academic disciplines where researchers maintain close links to real people in society, while at the same time – guided by their curiosity – building a bridge between the academic world and the realities of human life.

It is quite possible that this is exactly what Roxanne Varzi sets out to achieve. Varzi, an associate professor of Anthropology and Film and Media Studies at the University of California, was born in Iran and moved to the United States with her family soon after the Islamic Revolution. Unlike many American-Iranians, Varzi did not cut ties with the country of her birth and even moved back to Tehran in 1994 for four years to conduct research. Since then, she has regularly travelled to Iran to research youth culture in the Islamic Republic.

"I love the inquisitive and experimental spirit that I have encountered in Iran and wanted to channel this power of expression into my own work," she says. Varzi's documentary films and sound installations have been displayed in museums the world over. Now, she has presented the results of her research in a way that is rather unusual in academic circles, namely as fiction in the novel “Last Scene Underground: an ethnographic novel of Iran”, which tells the story of a group of students in Tehran who want to stage an illegal play underground.

Blurring the boundaries between fact and fiction

Has Roxanne Varzi created a new genre with this book? One that blurs the boundaries between fact and fiction? “When I wrote this book, I thought that I could protect my characters better by writing a novel. I also assumed that it would give me greater artistic freedom,” she says. “But then I noticed that that wasn't necessarily the case, especially as I stuck very closely to my ethnographic data.” 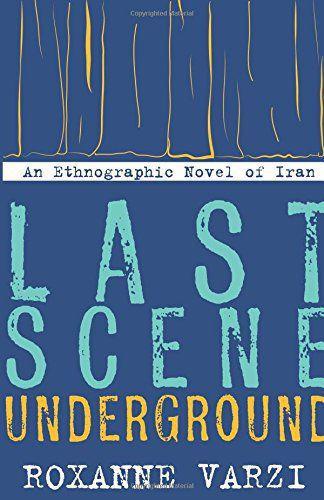 It is evident when reading the novel that Varzi's characterisations – whether of people or cityscapes – are born of careful observations. Take, for example, her description of the popular Darband Gorge north of Tehran where men have canaries pick Hafez poems out of boxes for the amusement of the day trippers or her descriptions of the endless tailbacks in the capital. Sometimes, “Last Scene Underground” is so academic in its detail that the dividing line between ethnographic report and fictional account seems very thin indeed.

At the heart of the novel is Leili, an Armenian Christian woman. In the book's opening scene, she gets into hot water when she makes a rebellious remark in a class on Islamic ethics. In fact, the threads of friendship and conversations that are woven together to form this book are shot through with the spirit of disobedience.

Whether it be in the characterisation of Leili's father – a Marxist who has not yet entered the modern era (“he thinks that life stopped after the revolution”) – reading banned literature in the time-honoured intellectual cafe Naderi or the first illegal theatre rehearsals in the city's catacombs, which are stormed by Basij militias, dissidence is par for the course in Varzi's novel.

It is interesting to see how Varzi uses long dialogues between young adults – dialogues that themselves resemble the script of a play – to provide a close-up of Iran's middle-class youth. She focuses on highly educated, avant-gardist young people who are capable of drawing comparisons between Ibn Arabi and Freud – as is the case in one scene where they meet in a cafe – but still feel as if they are being suffocated by the situation in their country.

The underground is the only place left where they can flee to. “This underground creates an alternative space to the one superimposed on the public face of society,” says Varzi. “This is not really something new; the same happened before the revolution when non-religious people wanted to build up a facade of piety.”

It is no coincidence that the theatre is the lynch-pin of “Last Scene Underground”. During her research, Varzi visited numerous underground theatres. In her introduction, she gives a brief outline of the history of Iranian theatre, from the traditional Shia passion play, ta'zieh, to the chic theatre festivals organised by the Shah's wife in Shiraz in the 1960s where European theatre directors came and went.

In Varzi's novel, theatre also becomes a metaphor for the everyday lives of the people of Tehran: a permanent exercise in role-play, where people follow the instructions dictated by society and politics. In this way – for example through political discussions or the focus on themes such as heroin addiction in the capital – the novel paints an often grim picture of everyday life in Iran, a life where subversiveness would appear to be the only remaining ray of hope. When viewed from this perspective, we learn little about the lives of young people from conservative backgrounds or the weaker social classes, who may have a completely different view of the world.

And yet “Last Scene Underground” very cleverly succeeds in catapulting us right into the middle of the dynamic of an important part of modern Tehran life without ever exaggerating or sugar-coating it. Thanks, indeed, to the academic lens through which the author views her subject matter.

Iranian author Fariba Vafi is adept at describing everyday scenes and concealing within them something ambiguous, in parts strange and grotesque. She writes novels – which have ... END_OF_DOCUMENT_TOKEN_TO_BE_REPLACED

In her latest exhibition in Japan, Farzaneh Khademian depicts figures who seem detached from their surroundings. In interview with Qantara.de, the Iranian photographer and painter ... END_OF_DOCUMENT_TOKEN_TO_BE_REPLACED

The catastrophic human rights situation in Bahrain is being largely ignored by the rest of the world. Despite all the damning evidence, which includes a Human Rights Watch report ... END_OF_DOCUMENT_TOKEN_TO_BE_REPLACED

Talks to salvage the 2015 Iranian nuclear deal have entered their eighth round in Vienna. Even if a deal is struck and some of the sanctions are lifted, the state of the Iranian ... END_OF_DOCUMENT_TOKEN_TO_BE_REPLACED

Every year in December, the team at Qantara.de takes a look back at the articles that proved most popular with our readers. This year is no different. Here is a run-down of the ... END_OF_DOCUMENT_TOKEN_TO_BE_REPLACED

END_OF_DOCUMENT_TOKEN_TO_BE_REPLACED
Social media
and networks
Subscribe to our
newsletter