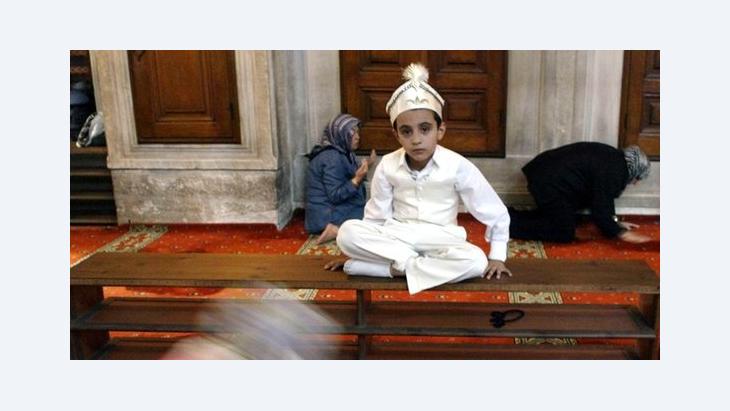 Ruling on Circumcision in Germany
When Judges Become Religious Referees

For Jews and Muslims, the circumcision of male children is more than just a pious custom. A German court has now for the first time ruled that the religiously motivated surgical procedure is a crime. The Cologne judgement can be seen as an expression of our secular society. But sometimes it's not a good thing for judges to rule over religions. By Matthias Drobinski

When Abraham was 99 years old war, the first Book of Moses tells us, God made a pact with him and his descendants: If you're true to me, I'll be true to you. There would be special sign for this pact: "All male children, as soon as they are eight days old, must be circumcised." According to the Islamic tradition, Abraham first carried out this act on himself – with the help of an axe.

Circumcision of male children thus was, and still is, the indelible archaic distinguishing feature of Jews and Muslims, and to make sure it stays that way Jewish parents often find themselves facing the death penalty. For Jews and Muslims, circumcision is more than just a pious custom.

Accordingly, one pair of Muslim parents who have now inadvertently written a new chapter of legal and religious history had their four-year-old-son circumcised. They went to a doctor so that it would be done properly, but there was some bleeding afterward, whereupon the mother took her son to the hospital. From what she said there, the doctor inferred that she didn't completely consent to the procedure, and he informed the police.

Right of the child to physical integrity

The Cologne District Court acquitted the doctor of the charge of grievous bodily harm. But on appeal the Regional Court of Cologne then caused a sensation by passing a different judgement: The decisive factor is not the parents' right to religious freedom and to decide how to bring up their children, nor is it the good of the child, who can presumably after the procedure grow up in the lap of a religious community. Decisive instead is the fundamental right of the child to bodily integrity. The doctor who performed the circumcision was only acquitted because he was acting to the best of his knowledge within the law, in other words, he couldn't have known that what he was doing was punishable by law. 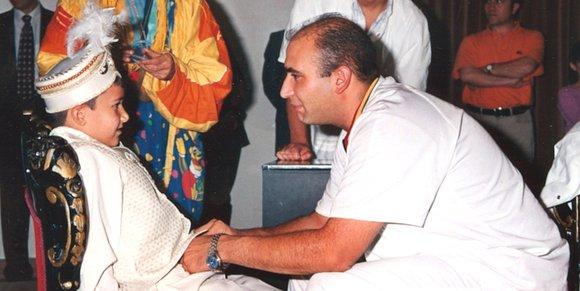 Ancient practice and medical arguments: Both Islam and Judaism require circumcision for men. In the United States by contrast, hygienic and medical motives lead to some 75 per cent of men being circumcised

​​This is the first time that a German court has passed such a ruling. Should other courts follow suit, this would have grave consequences for Muslims and Jews in Germany: circumcision would henceforward be equated with grievous bodily harm.

Only those boys could be circumcised for which it could be assumed they did so of their own free will. Undercover agents would have to get to work in the many synagogues and mosques. At some point, all associations in favour of circumcision of young boys would have to be prohibited. Blithe religious peace would spread throughout the land.

The man whose deliberations were for the most part responsible for the judgement is named Holm Putzke and is professor of criminal law at the University of Passau. Born in 1973 in the town of Dohna in Saxony, he is regarded as one of the most ambitious scholars of jurisprudence in the country. He was an Adenauer Foundation fellow and active in the "Liberal Universities" group, and is far from having any anti-Semitic or anti-Muslim leanings. Ever since he examined "the criminal-law relevance of circumcision of boys" in a commemorative publication in 2008, he has been fascinated by this topic; the Cologne ruling now follows his arguments.

Basically, Putzke merely approached the topic with the tools of the professional jurist: every time a doctor uses a knife, bodily harm results, as far as jurists are concerned. The doctor therefore needs a good reason to start cutting: because he is trying to save the patient's life and health, or, in the case of cosmetic surgery, in an effort to enhance the well-being or at least the social status of the individual requesting the procedure. 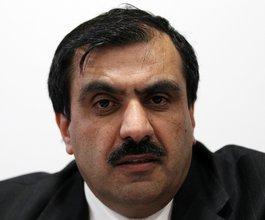 An intervention in religious freedom: the chairman of the Council of Muslims in Germany, Ali Kizilkaya, as well as Germany's Central Council of Jews have sharply criticised the ruling of the Regional Court

​​But what, then, gives a doctor the right to follow the will of the parents and remove the foreskin from the penis of their child?

Tradition and history of minor significance

One by one, the Passau criminal lawyers reviewed the usual arguments for making circumcision immune from punishment. Because the right to religious freedom allows for it? This comes up against certain limits in view of the right to bodily integrity, says Putzke, as does the right of parents to decide how to bring up their children.

Because circumcision is for the good of the child, because one in four men worldwide are circumcised anyway, and in the USA as many as 75 per cent of men live without a foreskin, not any better or worse off than others? The medical benefits of the operation are also controversial, Putzke replies. And how much good it actually does the child to bear the pain and trauma of an operation that is not medically indicated in order to be part of a community – that's another question entirely. "Why can't Jews and Muslims postpone circumcision to a later point in time", he asks, "and just leave it at a symbolic rite, a small jab for example?"

This is a positivistic argument that pays no heed to the tradition and history of the Occident and Orient – and what is really remarkable about it is that the Cologne Regional Court is espousing it. The ruling on the Rhine reflects how the relationship between law and religion is changing in a society that is becoming secular and multi-religious.

A case for Germany's Constitutional Court 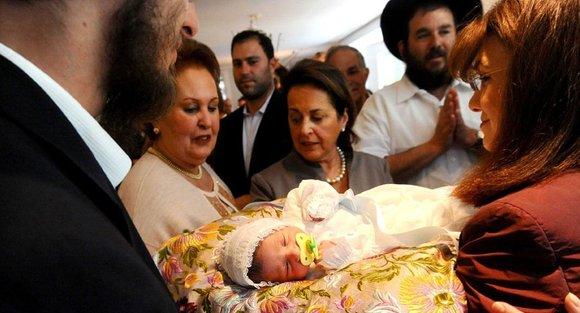 A pact with God: in the Jewish tradition, a boy is circumcised on his eighth day of life. In exile and in the Diaspora, circumcision became, along with dietary laws and the Sabbath, one of the central identifying features of Judaism

​​Things are not like they were thirty years ago, when the culturally dominant Christian society in Germany was accompanied by just 30,000 Jews largely keeping to themselves and a Muslim community of which it could be assumed that they would soon be returning to their homelands. Today, more than four million people are living in this country whose religion decrees that boys are to be circumcised.

The sense of Christian rituals is being lost, while those of other religions are understood even less, are contested, battled and brought before the courts – who then become the referees.

Sometimes this is justified, as for example with dramatic human rights violations such as female circumcision, which is nothing more than a violent act signifying that women are not mistresses over their own sexuality.

But sometimes it's not good at all when judges make themselves referees of religion, putting themselves above it and making legal positivism into almost an ersatz religion. The border between legitimate objection in the name of basic law and transgression will be readjusted in the coming years by many judgements being passed down by different courts, all the way up to Germany's Constitutional Court in Karlsruhe.

From the way things look at the moment, it seems that the judges in Karlsruhe will at some point have to turn their attention to the religious circumcision of boys, and that they will then follow the opinion of the Central Council of the Jews, which sees the Cologne ruling as an intervention in the right to self-determination of the religious communities.

Despite what heads of state may claim, the Russian attack on Ukraine is not a wake-up call for a self-confident Europe that defends its values. The war is accelerating the decline ... END_OF_DOCUMENT_TOKEN_TO_BE_REPLACED

At the EU's outer borders, the right of migrants to a fair asylum procedure continues to be systematically disregarded. Take Greece, for example: in the worst case scenario, those ... END_OF_DOCUMENT_TOKEN_TO_BE_REPLACED

Madrid's about-face on the Western Sahara conflict has enraged Algeria. Trade relations have been frozen unilaterally and a cut in gas supplies to Europe could be in the pipeline ... END_OF_DOCUMENT_TOKEN_TO_BE_REPLACED

Mourad al-Marouai was just nine when a landmine killed him on a beach in war-torn Yemen, a tragedy that will haunt his family forever. After a swim, the little boy "suddenly ... END_OF_DOCUMENT_TOKEN_TO_BE_REPLACED

A ceasefire has been in effect in Libya for the past year and a half. Yet after Russia's attack on Ukraine, another proxy war looms in Africa's most oil-rich country. Mirco ... END_OF_DOCUMENT_TOKEN_TO_BE_REPLACED

The Ukraine war has seen energy prices spike with oil producers in the Middle East making more money than ever. But will it put the brakes on long-planned reforms to diversify oil ... END_OF_DOCUMENT_TOKEN_TO_BE_REPLACED
Author:
Matthias Drobinski
Date:
Mail:
Send via mail

END_OF_DOCUMENT_TOKEN_TO_BE_REPLACED
Social media
and networks
Subscribe to our
newsletter