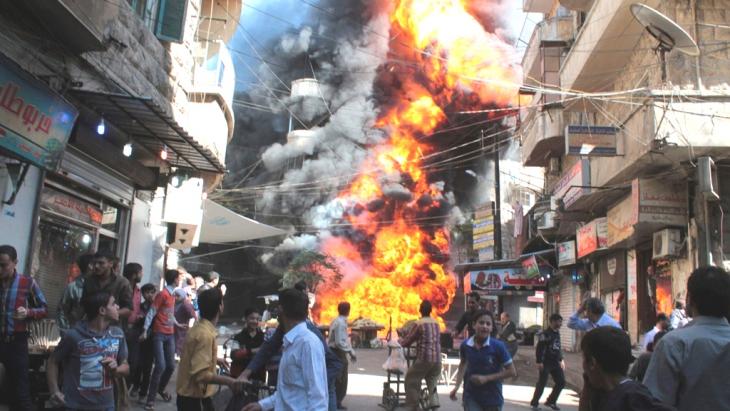 Russia, the US and the Syrian Civil War
A Bloody Game of Chess

The Assad regime has succeeded in turning Syria into a chess board over which Russia and the US have locked horns as the blood and tears continue to flow. The losers in this stalemate are undoubtedly the Syrian people, writes Elias Khoury in his essay

Bashar al-Assad has averted the threat of a US military strike. The powers of the "axis of resistance" constructed by the Syrian President have won a victory over imperialism! This is in any case their interpretation of the deal to destroy Syria's arsenal of chemical weapons – which allegedly only existed to serve as a strategic counterbalance with nuclear power Israel.

It was the idea of "resistance" that won the day, just as it had already done once in June 1967 after Syria's devastating defeat in the Six Day War, when the Ba'ath Party's chief ideologues declared that arch enemy Israel had failed for not being in a position to oust the progressive camp within the Arab regime! The Arabs were then allowed to savour the exhilaration of their fantastic victory amid a scenario of napalm bombs, new streams of refugees and soldiers wandering about barefoot, after Israel occupied the Sinai, the Golan Heights, the West Bank and the Gaza Strip…

The Syrian opposition camp, which pounded the message home on all channels that a military strike was necessary, is not as professional at fabricating lies as the "anti-imperialists" of the so-called "resistance camp". That's why the opposition has also now retreated to a corner to sulk and is now cursing its betrayal at the hands of its ally the US – although this alliance has only ever been a fiction.

One could just be resigned to such insubstantiality and say: Well, there's nothing new going on there, nothing but the usual empty phrases. 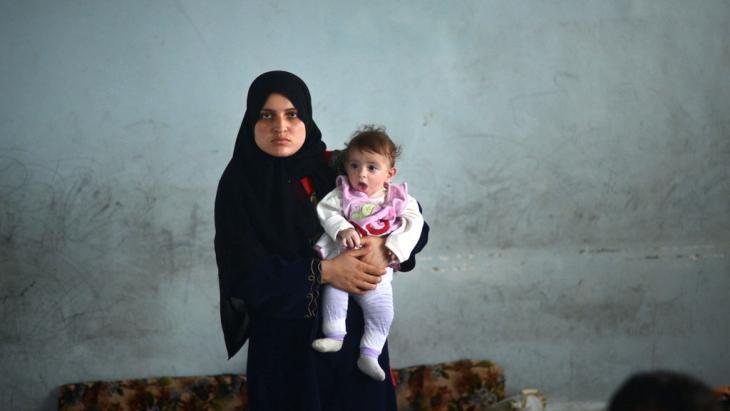 Civilians under fire in one of the region's bloodiest civil wars: "But the tyranny will not succeed in retaining power, and it will not be able to break the will of the Syrian people, who continue to put up unwavering resistance and sacrifice themselves to the cause," says Elias Khoury

The whole discussion has in the meantime become nothing but shoddy and embarrassing. What remains to be said in view of all the "conflict-avoidant" strategy experts who have degraded politics into a farce? Instead of learning lessons from the bloody US-Russian chess game, we have wasted time with prattle and analysis. Politics is starting to look more and more like reading tea leaves.

Why don't we finally join forces to find a way out of this endless tunnel?! It's a question of seeing through the chess game that has attained its surprising climax with the US proposal to destroy Syria's chemical weapons stocks. A proposal that the Russians then immediately claimed as their own and to which the Assad regime instantly agreed, with surprising "generosity" and with no reservations.

Where is the Syrian or Arab protagonist?

We are undoubtedly dealing with two sophisticated players here, who know only too well how to transform their weaknesses into strengths – one of the hallmarks of skilful diplomacy. But what should by no means be overlooked is the fact that there is no Syrian or Arab player sitting at the table. Yes indeed, he is not even granted a pawn's role on the chessboard, he is just expected to pay the price for whatever happens. All attempts by the Syrian Foreign Minister Walid al-Muallim as well as the Syrian Ambassador to the UN Bashar al-Djaafari, to raise the status of their employer to the rank of pawn with allusions to his chemical weapons arsenal, failed.

The US found itself facing a true dilemma when the red line it set down was transgressed with the bestial poison gas massacre at al-Ghouta. Barack Obama felt forced to order a small-scale, symbolic military strike, reluctantly and against the backdrop of a public opinion (in the US and the West as a whole) hostile to the idea of any military adventures as a consequence of the Iraq debacle.

So on the one hand we have the procrastinating dove of peace Obama, who is unwilling to topple Assad (and this is the essence of the whole problem), and on the other the falcon Putin, who is simply not in a position to be drawn into a war to save his "Syrian protégé".

In this way, fickleness and impotence have shaken hands and staged one of the biggest diplomatic scams of our time. With a slip of the tongue, US Secretary of State Kerry produced the chemical weapons destruction project out of the hat, which was gratefully taken up by his Russian counterpart Lavrov and reformulated into a draft resolution. It only remained for Walid al-Muallim to read out Syria's agreement, with a shaky voice as though he was seeing the text for the first time. 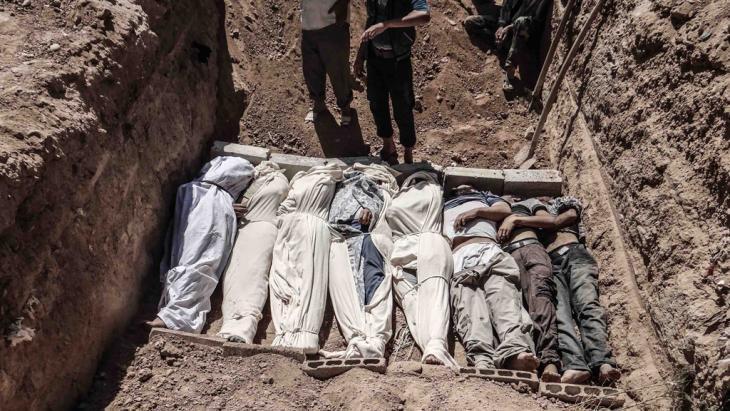 Red lines transgressed: Many Syrians were killed in a poison gas attack on 21 August in Al-Ghouta, a suburb of the Syrian capital Damascus. Syria later bowed to pressure from the international community and agreed to destroy its stocks of poison gas by 2014

A frosty atmosphere prevailed at the St. Petersburg summit where the agreement was hammered out – this was not attributable to the opposing positions of the two statesmen involved, but rather to the complexity of the Syrian dilemma in which both sides perceived themselves to be ensnared.

But the agreement has not yet resolved the matter. It is more probable that the chemical weapons deal is the first step towards a regimentation of the Syrian situation by the two superpowers, towards the transformation of the nation into a huge isolation ward where murder and terror rage behind closed doors, while they strive to keep its consequences under control and prevent its spread.

In my view, this agreement is therefore not a step towards ending the war in Syria, but a step towards regulating it and keeping its negative consequences in check. The dismantling of the poison gas stocks reassures Israel, which is the Americans' main concern. And it serves as a provisional liferaft for the Assad regime, which undoubtedly pleases the Russians. It also thwarts the triumph of the Syrian people over their executioners, something that apparently is being tolerated both Russia and the US.

We are indeed witnesses to a bizarre diplomacy that conceals both impotence and fickleness and which aims to give the impression that the nascent new world order is able to extinguish the fuse of war as part of an effort to settle one of the most complex international crises of the moment. 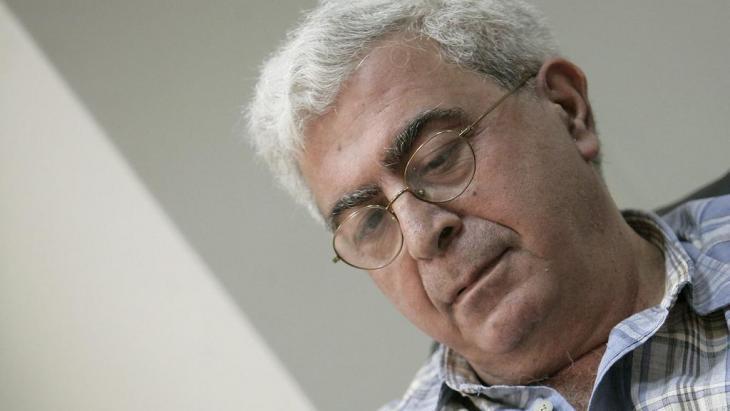 Elias Khoury, born in 1948 in Beirut, is a leading contemporary Arab intellectual. He has co-published numerous political journals and served for a while as artistic director of the Beirut Theatre. He is now chief literary editor of the Beirut newspaper "An-Nahar". Khoury has also written several novels including "The Journey of Little Ghandi" and "Bab Al-Shams", or Gate of the Sun – his great novel on the history of the Palestinians, which won him the Palestine Prize in 1998

The Syrian regime, and with it the entire retinue of anti-imperialists, is jumping for joy at their victory in the knowledge that the hesitancy of the Americans was not due to fear of them, but much more due to fear of what might come after their fall. US imperialism does not trust its friends and alliance partners to establish a state order that guarantees the security of Israel in the same way that the Assad regime has done over the course of four decades.

The US also fears the influence of radical Islamic movements within the Syrian opposition – an influence primarily attributable to their Arab allies who have found a tried-and-tested formula to break the democratic spirit of the revolution and turn it into a destructive Sunni-Shiite conflict.

This is not first and foremost a dilemma for the US and Russia, the two opponents in the Syrian game of chess which Putin hopes will reinstate him as an equal partner on the international political stage.

This is much more of a dilemma for the Syrian people in the battle against a totalitarian regime. Its weapons of mass destruction were – as it turned out – not intended for use against Israel, but to massacre its own people as well as nipping all hopes for change in the bud.

The tyranny has succeeded in turning Syria into a chessboard where both global players fight a duel as the blood and tears continue to flow. This chessboard has shown the world that no limits have been set on this criminal energy.

But the tyranny will not succeed in retaining power, and it will not be able to break the will of the Syrian people, who continue to put up unwavering resistance and sacrifice themselves to the cause. The bets are on.

Research project "The Global Qur'an", brainchild of Professor of Islamic Studies Johanna Pink and sponsored by the European Research Council, analyses the history and ... END_OF_DOCUMENT_TOKEN_TO_BE_REPLACED

Arab youth express their hopes and wishes for the New Year, spanning everything from civil and political rights, to education, to arts and culture. By Rafiah Al Talei END_OF_DOCUMENT_TOKEN_TO_BE_REPLACED

Moncef Marzouki was Tunisia's first democratically elected president after the fall of dictator Ben Ali. Today he is the most prominent critic of increasingly counter- ... END_OF_DOCUMENT_TOKEN_TO_BE_REPLACED

Historically Iraq's Yazidi community was isolated, under-resourced and very conservative. Seven years after the "Islamic State" tragedy, the community is more open to the world – ... END_OF_DOCUMENT_TOKEN_TO_BE_REPLACED

Asef Bayat, professor of Sociology at the University of Illinois, Urbana-Champaign, has been studying revolutions and how they affect people since 1979. In his recent book, " ... END_OF_DOCUMENT_TOKEN_TO_BE_REPLACED

END_OF_DOCUMENT_TOKEN_TO_BE_REPLACED
Social media
and networks
Subscribe to our
newsletter