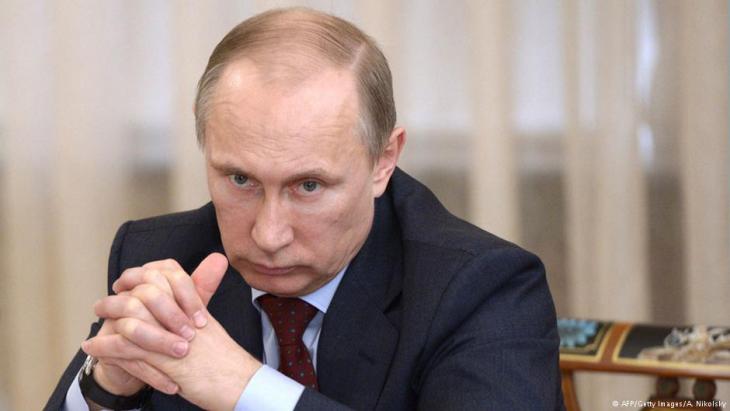 The partial withdrawal of Russian armed forces from Syria came as a surprise to many. But Loay Mudhoon says that its message to President Assad is clear: he must finally negotiate with the opposition

There′s no question that Russian President Vladimir Putin surprised friend and foe alike with his decision to withdraw most of his country's troops from Syria.

In the Arab world, almost all of Assad's opponents welcomed the move – above all Qatar and Saudi Arabia, which are the main supporters of the "moderate" Syrian opposition forces. Both countries hope Russia's step will give a boost to the current Syria talks in Geneva.

In the case of the Assad regime, however, joy at the partial Russian withdrawal seems more subdued. In the past few days, Arabic media have reported multiple times on major differences of opinion between Putin and Assad that occurred shortly before Putin announced the withdrawal plans.

The failure of Assad and his protector to agree on the goals of Russian intervention was already being felt as the recent ceasefire came into force. In interviews with the international press, Syria's dictator made no bones about his intention to bring the entire country under his control. This candour spurred several Russian diplomats to put him in his place – and to point out the necessity for a political resolution of his country's conflict. 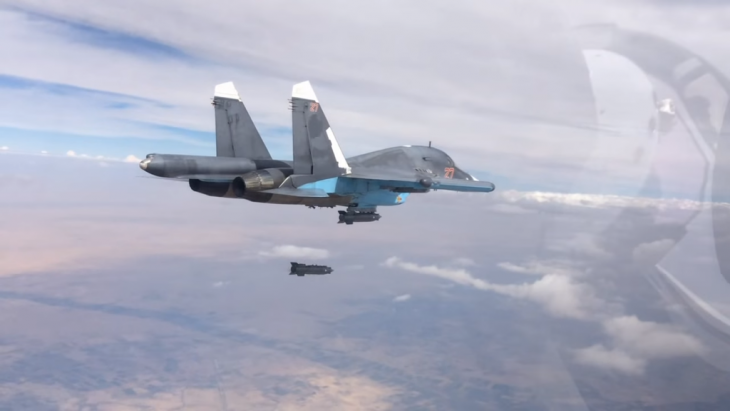 Mission accomplished: Russia has shored up the Assad regime and consolidated its foothold in Syria with the extension of the Tartus naval base, not to mention the construction of a second. At the same time, Putin has ensured that armed intervention by the West is no longer an option. Grounds for satisfaction, indeed

The incident clearly demonstrates that Russian interests are not entirely congruent with those of Assad. It is true that Putin wanted to save the Assad regime from destruction at the hands of rebels. He also aimed to weaken the Western-backed "moderate" rebels, with the fight against the so-called "Islamic State" playing little or no role in his considerations.

But Putin by no means intended to help his vassals in Damascus win a military victory. This would have drawn the Russian army into a brutal and expensive war against the Sunni majority population in Syria. A second Afghanistan would massively damage Russia's economic and political interests.

To a great extent, Putin has now achieved his goals. The Assad regime has been stabilised with the help of the Lebanese Hezbollah and various Shia militia. It has been possible to extend the strategically important military base in Tartus; a second base has even been built. And a change of regime along the lines of NATO′s intervention in Libya is no longer possible. Russia has thus asserted itself as the pioneer of a new authoritarianism that apparently aims to contain and destabilise democracies.

Even more importantly, however: with its bloody intervention, Russia has been able to demonstrate to the West, which has remained passive in the Syria conflict, that this former world power, recently disparaged by US politicians as a "regional power," is firmly back on the stage of international politics. A political resolution of the complex proxy war in Syria without Moscow′s approval seems at any rate practically unimaginable.

For this reason, Russia's withdrawal of its troops is to be seen as a signal to Assad. Putin wants him to finally enter into serious negotiations with the opposition, so that the remaining state and above all the territorial unity of Syria are preserved. But so far, Assad doesn't really seem to be considering sharing power.

In view of the fact that only a transitional Syrian unity government without Assad can pave the way for a political resolution, all Western hopes for an end to the brutal war in Syria are pinned on – of all people – Putin.

But for this outcome to occur, Putin would have to be prepared to drop Assad.

Many predominantly Muslim countries have penal laws against "blasphemy", "defamation of religion" and "apostasy". In practice they serve as highly effective weapons to settle ... END_OF_DOCUMENT_TOKEN_TO_BE_REPLACED

These days you might be forgiven for wondering whether international relations would be better served by artists than politicians. Iranian Kayhan Kalhor, a bridge builder from the ... END_OF_DOCUMENT_TOKEN_TO_BE_REPLACED

As we digest the details of Donald Trump's Vision for Peace, we need to ask ourselves just one question: does this draft guarantee an Israeli and a Palestinian baby born today ... END_OF_DOCUMENT_TOKEN_TO_BE_REPLACED

As expected the Trump administration released its Israeli-Palestinian peace blueprint on Tuesday, a plan that ignores the Palestinians at the expense of lasting peace. Middle East ... END_OF_DOCUMENT_TOKEN_TO_BE_REPLACED

Looking outwards with the knowledge from within: a conversation with the Iraqi writer Sinan Antoon on the future of his homeland. Interview by Lena Bopp END_OF_DOCUMENT_TOKEN_TO_BE_REPLACED

Political analyst Taqadum al-Khatib argues that Egypt can, in co-ordination with its European partners, develop a common vision to solve the complex conflict in Libya. For this to ... END_OF_DOCUMENT_TOKEN_TO_BE_REPLACED

Comments for this article: Make no mistake

Tough decisions indeed, but I

Tough decisions indeed, but I have no doubt that Assad is a nimble navigator.