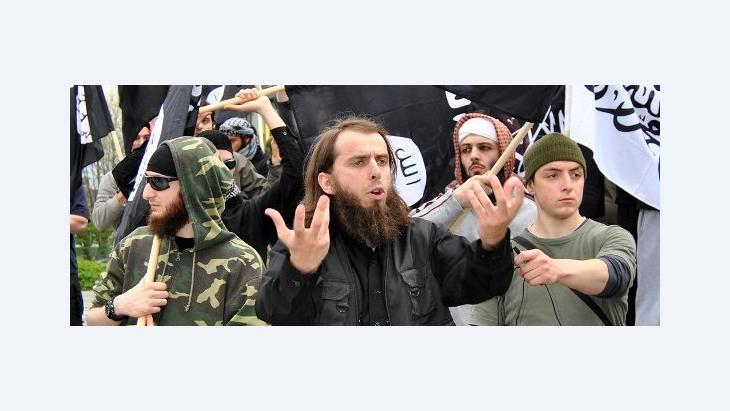 ﻿Despite their doctrinaire severity, Salafi Muslims have never developed a coherent system of beliefs nor sustainable organizational structures. They have always been a divided community. Rudolph Chimelli provides background information

When the first Salafi Muslims appeared in Western European cities, they were often laughed at, even by their fellow Muslims. This is because most of the young men wore trouser legs so short that their naked ankles were visible in their attempt to emulate the apparel of the Prophet Mohammed and his companions. These strictly pious Muslims also stood out with their other mannerisms.

They eat with three fingers, take three pauses while drinking water, and brush their teeth not with a conventional toothbrush, but with a dry twig from a miswak tree (salvadora persica). This was also advocated by Mohammed. According to a saying of the Prophet, "Four things are from among the practices of the Prophet: Circumcision, perfume, miswak, and marriage."

Some two decades have past since the Salafis first aroused public attention. Until then, only specialists were aware of them. Even recognized reference works on Islam published around the turn of the century do not include the entries "Salafism" or "Salafi". The attempt to return to the lifestyles of early Islam and to cleanse the faith from later errors has been made time and again over the course of history. 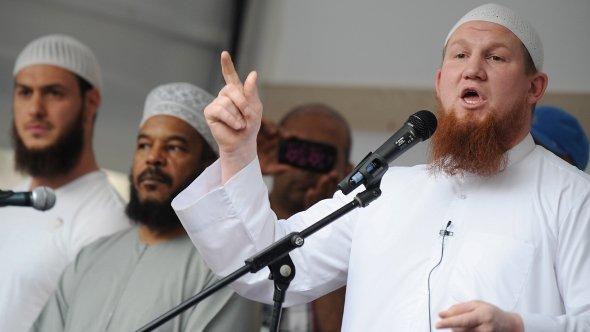 Traditionalist zealots: Salafis reject as erroneous all interpretations and practices that have been introduced to Islam after Prophet Muhammad's death, 632 CE. Pictured: The German Salafist Pierre Vogel during a speech in Frankfurt

​​The "Pious Predecessors" (as-Salaf as-Saleh), who serve as the role models for the Salafis, consist of the Prophet and his companions, as well as the first two generation of his followers.

According to the Hadith, the sayings of the Prophet, Mohammed said, "I am the best Salaf for you." The authenticity of this saying has been recognized by the famous Hadith collection of Mohammed al-Buchari.

Salafis reject as erroneous all interpretations and practices that have been introduced to Islam over the following 1300 years. They are condemned as "religious innovations" (Bidah). These include modern interpretations of Islamic law, the mystically oriented Sufi Order, the veneration of Islamic saints and their graves, as the faithful require no intermediary to God, and the Shia denomination of Islam.

The Salafis see the strict adherence of religious law as the reason for the rapid expansion of Islam in its early days and "innovations" as the cause of the decline of the Islamic world. They claim that a renaissance of Islam is only possible with a return to the principles and practices of this glorious epoch.

No coherent system of beliefs

Salafis make up less than one percent of the 1.3 billion Muslims on the planet, making their number around ten million followers. Despite their doctrinaire severity, Salafi Muslims have never developed a coherent system of beliefs, let alone any sustainable organizational structures. Rivalries and enmities exist within the Salafi community.

With respect to the other fundamentalist Islamic movements, such as the Wahabiism of Saudi Arabia and the Muslim Brotherhood, they refer, in part, to the same sources, there are cross connections and affinities, but also marked differences. 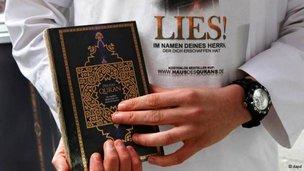 Literalist approach to Islamic theology: Salafi Muslims believe that the Koran, the Hadith and the consensus of approved scholarship are sufficient guidance for Muslims. Pictured: A German Salafi holds up a copy of the Koran. His shirt reads "Lies", i.e. "Read – in the name of God"

​​Decades ago, the Muslim Brotherhood decided that taking part in political life and the long march through the institutions was the best way to implement their ideas – even in the West. They wear ties, launch citizen's initiatives, establish parties, aspire to take part in government, and, if possible, even legally assume power.

The Salafis are divided in their reaction to the modern world. They all reject not only ideologies such as capitalism and socialism, but also the basic elements of Western community life, such as democracy, constitutions, political parties, and even developed economies.

Not unlike the early Christians, they live in an internal emigration. One of their pioneering thinkers, Sheikh Nasiruddin al-Albani, taught, "Part of good politics today is to keep out of politics." Little known in the West, the sheikh left his Albanian homeland in the 1940s for Syria, where he later taught at the University of Medina, which was established for foreigners. He also lived in Lebanon as well in the Emirates. He died in 1999 in Amman, where a centre was named after him.

In accordance with their quietist position, Salafis usually stay removed from the protests of other Islamists. A Salafi would, for instance, purchase liability insurance for his car, as he shouldn't assume the role of a rebel. But he would never buy full comprehensive insurance, as their teachings equate this with the forbidden practice of playing the lottery. Only recently have some Salafis turned to politics. Where this has occurred, such as in Kuwait, Salafis quite often assume more pragmatic policies than the Muslim Brotherhood.

The other side is represented by the "jihadist Salafis," a term coined by the French Islamic scholar Gilles Kepel. A text by Ayman as-Sawahiri, the successor to Osama Bin Laden in the role of guru for al-Qaida, summons "the knights under the flag of the Prophet" to conduct a jihad against the West, especially the USA, in order to weaken Western support for godless Arab regimes. He thereby demands the overthrow of these regimes and claims that the final goal of an Islamic state for the Umma, the whole community of the faithful, is approaching. 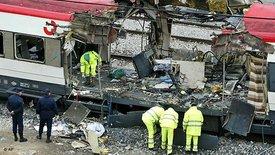 Some Salafis categorically reject the use of violence. Jihadist Salafis, however, permit the killing of innocent bystanders. The March 2004 terrorist attack in Madrid was meant to pressure Spain into withdrawing its troops from Iraq

​​The jihadist Salafis also permit the killing of innocent bystanders. The terrorist attack on a Parisian suburban train in 1995 was intended as punishment for France's support of the Algerian military regime, which had suppressed Islamists. The March 2004 terrorist attack in Madrid was meant to pressure Spain into withdrawing its troops from Iraq.

Western intelligence services have yet to express much alarm about the missionaries among the Salafis, so as long as they only manage to attract tiny groups of followers from the millions of Muslims in Europe. The situation changes whenever anyone with an Islamic background perpetrates a particularly brutal act of violence and simultaneously claims adherence to the Salafi movement.

However, the vast majority of Salafis remain true to the teachings of the Saudi theologian Muhammad ibn al Uthaymeen, who was a member of the Senior Scholars Committee of Saudi Arabia. He issued the famous fatwa that decreed "whoever initiates a suicide terrorist attack will spend all of eternity in hell."

Nouara may be 65, but she is ready to join thousands of others who burn their ID and pay traffickers for the chance of a new life in Europe. Zineb Bettayeb reports END_OF_DOCUMENT_TOKEN_TO_BE_REPLACED

In Doha, Arabs from Morocco, Tunisia, Egypt and Algeria are gathering to celebrate the first ever FIFA World Cup to be held on Arab soil. The criticism from Europe? Over the top, ... END_OF_DOCUMENT_TOKEN_TO_BE_REPLACED

After a two-year hiatus, the Arab League re-convened at the beginning of November in Algiers against a backdrop of uncertainty and discord. By Pierre Boussel END_OF_DOCUMENT_TOKEN_TO_BE_REPLACED

In the run-up to the COP27 global climate summit, hosted by Egypt in November, it is worth noting that little rainfall, aggressive heatwaves and worsening drought make the Middle ... END_OF_DOCUMENT_TOKEN_TO_BE_REPLACED

Tunisia's economic and political instability and the increasing reluctance of Europe to take in job-seeking migrants is leading many Tunisians to head for sub-Saharan Africa in ... END_OF_DOCUMENT_TOKEN_TO_BE_REPLACED
Author:
Rudolph Chimelli
Date:
Mail:
Send via mail

END_OF_DOCUMENT_TOKEN_TO_BE_REPLACED
Social media
and networks
Subscribe to our
newsletter