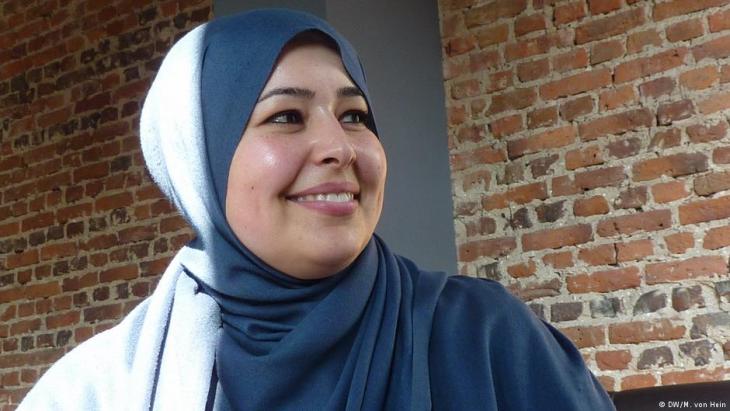 Salafism in Germany
Battling radicalisation on the streets

Saloua Mohammed's most important tool in the fight against radical Salafism is listening – to parents whose kids radicalise online, to young people who rave about Salafism and to women returning to Germany after fighting alongside IS. By Esther Felden

"Let's see who is going to win in the end, shall we?" social worker Saloua Mohammed says. "They won't get my youths that easily." They are radical Salafists: ultra-conservative Muslims who interpret the Koran literally, live their faith the way it was common during the times of the prophet Muhammad and who are looking for new followers. And this – the recruitment of young people into extremism – is exactly what Saloua Mohammed wants to prevent.

Mohammed fights for each and every one of "her" children. She is a practicing Muslim herself and wears a headscarf in public. She prays in the mosque, but sometimes walks into Cologne Cathedral to find peace. Mohammed comes from a liberal-leaning Moroccan family in which religion was discussed and tolerance taught. That, she says, provided her with arguments and a kind of intellectual protective armour. She puts both to good use.

A social worker, she is in her mid-30s, lively and full of energy. When she talks her hands are almost constantly in motion. In addition to her job with the Catholic Church aid organisation Caritas, she has been volunteering as a street worker in Bonn for years.

Bonn used to be the capital of West Germany and is considered a centre of the Salafist movement in Germany's most populous federal state of North Rhine-Westphalia.

Mohammed works primarily with young people who have already been in contact with the radical Salafist scene. She talks to desperate parents, goes to schools or visits affected families at home.

We meet Mohammed in a cafe in downtown Bonn. She would have been willing to be accompanied by journalists when working with her clients. But none of her "problem kids" agreed to that. The topic is just too sensitive, Mohammed explains.

In 2013 she was awarded the Integration Prize of the City of Bonn for her social commitment. But there is criticism, too. Sometimes she even has to deal with personal insults: "In the eyes of right-wing extremists, I am a terrorist who is supposed to and I quote, 'don a suicide-vest and blow herself up.'" 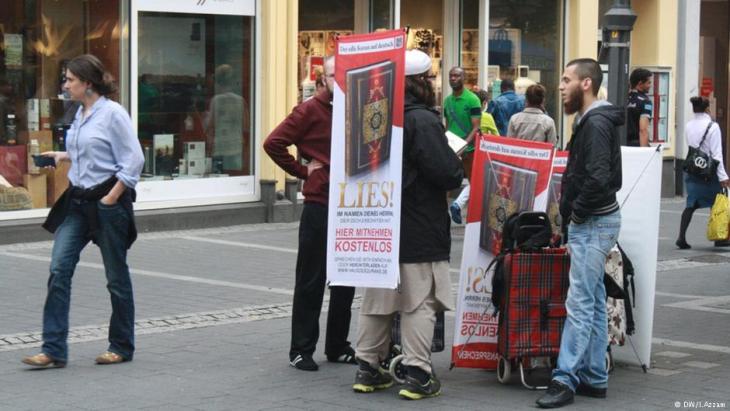 Substitute ideology for failed existences: "Radical Salafism offers an attractive counter-model, giving them support, warmth and a sense of brotherhood, and persuading them that they have the "truth" on their side," says an anonymous intelligence service official

Salafists, on the other hand, call her a traitor. They deem Saloua Mohammed much too open and Western. "For them I'm just a 'Euro-Muslim,'" the street worker says, shrugging.

Mohammed is strong and able cope with hostility. For her, that comes with freedom of opinion, "a very important value in our society." She says you simply have to live with the fact that there are people with different opinions out there.

It is much harder for her, though, to deal with criticism coming from people close to her. A number of friends fell away, she sadly remembers, because she was too liberal for them. Even though she was hurt, Mohammed is still convinced she's doing the right thing. She says she feels German – German with a "migration background", as it is referred to in the German language. "I fully identify with my country," Mohammed says.

Iranian author Fariba Vafi is adept at describing everyday scenes and concealing within them something ambiguous, in parts strange and grotesque. She writes novels – which have ... END_OF_DOCUMENT_TOKEN_TO_BE_REPLACED

Her grandparents are Jews – born in Tunisia and Algeria. Director Cleo Cohen has now broken the silence about this with a very personal debut. By Nadine Wojcik END_OF_DOCUMENT_TOKEN_TO_BE_REPLACED

Life imprisonment for crimes against humanity: that was the sentence handed down to Anwar Raslan in the world's first trial of a member of the Syrian torture system. Matthias von ... END_OF_DOCUMENT_TOKEN_TO_BE_REPLACED

Every year in December, the team at Qantara.de takes a look back at the articles that proved most popular with our readers. This year is no different. Here is a run-down of the ... END_OF_DOCUMENT_TOKEN_TO_BE_REPLACED

With his new album, "A Voice Keeps Calling Me", the Persian santur player Kioomars Musayyebi is building bridges from Iran across the Arab world to European early music. By Stefan ... END_OF_DOCUMENT_TOKEN_TO_BE_REPLACED

Former lawyer Said Haider has invented a chatbot for those seeking advice on anti-discrimination issues – Meta is the first chatbot of its kind in the world. In conversation with ... END_OF_DOCUMENT_TOKEN_TO_BE_REPLACED
Author:
Esther Felden
Date:
Mail:
Send via mail

END_OF_DOCUMENT_TOKEN_TO_BE_REPLACED
Social media
and networks
Subscribe to our
newsletter