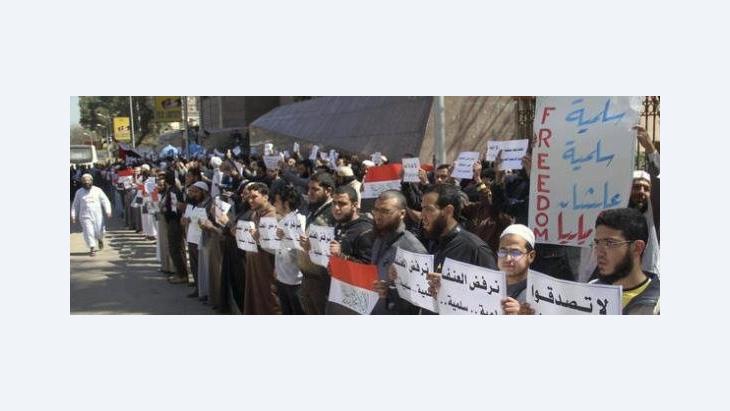 Salafists and the Arab Spring

﻿As secular and Islamic groups prepare for Egypt's first free elections later this year, the unchecked rise of the Islamist Salafi sect is causing concern among Egyptians who fear its violent extremist agenda. Nick Amies reports

In Egypt's post-revolution climate, anything seems possible – both good and bad. The possibility for a country rebuilt on democratic vales and freedom remains the dream of many of those who demonstrated for weeks to bring down the repressive regime of former president Hosni Mubarak in February. With Egypt's first free elections planned for September, the pro-democracy movement hopes that a new positive era will begin soon after.

However, the removal of Mubarak has also provided new opportunities for groups with different beliefs and objectives, some of which are accused of wanting an even more extreme form of repression and control than that inflicted on them for 30 years by their former leader.

One of these groups, the Islamist Salafi sect, is causing widespread concern in Egypt by taking the opportunity afforded them by Mubarak's ousting to form political parties in a bid to exert its influence in a new Egyptian power structure.

The Sunni-Muslim sect was viewed suspiciously by the Mubarak regime which repressed it and suspected it of being violent extremists, blaming it for a number of militant attacks. But in contrast to the Muslim Brotherhood opposition movement, which was banned before Mubarak was forced from power, the Salafists were never seen as a political threat as their leaders preached an apolitical Islam.

Since Mubarak departed, however, the Salafists seem to have reversed part of their ideology which regarded democratic politics as a Western invention. Some view this as a positive move, saying that the Salafist's involvement in the new democratic process planned for Egypt will temper some of their more extreme views.

Others are afraid that the Salafists wish to take advantage of the slow progress being made by secular groups preparing for the elections to promote their own radical view of how the new Egypt should be structured.

While many are suspicious of the Muslim Brotherhood's intentions, others are downright terrified of the Salafists who they say are determined to turn Egypt into a Sharia state in line with their beliefs that most modern Muslims follow a corrupted version of Islam that should be abandoned in favour of the practices of the first three generations of Muslims, the Salaf, from which they take their name.

​​"The West has overlooked this group with their obsession and often rather uninformed views about the Muslim Brotherhood," Almut Möller, a Middle East expert at the German Council on Foreign Relations, told Deutsche Welle. "While many Egyptians really want to change their country and are proud of what they have achieved so far, there are also many people that have fear of the Salafists. A climate of fear in the country might become another burden to the transition to democracy."

Nathan Brown, an Egypt expert at the Carnegie Endowment for International Peace in Washington, believes that the concerns expressed about the Salafists in Egypt have less to do with their international agenda and affiliations, for example their possible ties to al Qaeda, and more to do with their actions inside the country.

"There are four main concerns in Egypt about the Salafists," he told Deutsche Welle. "Firstly, that their conception of Egyptian political community is exclusively religious and therefore leaves no room for the Christian Copts; secondly that their interpretation of Islam is narrow and impractical, and out of tune with what most Egyptians want."

"Thirdly, that they do not accept the rules of democratic politics but seek to impose their views by religious argumentation and force, and finally that they have a sufficient popular following to affect electoral outcomes in a way that many Egyptians do not like."

The Salafist goal of a Sharia state is one which was shared by Osama bin Laden, a link which is making many people in Egypt very nervous despite the sect's position as a minority within the country and the assertion of experts that extremists in Egypt have no links to bin Laden's al-Qaeda network.

"There is no connection between Egyptian extremists and al Qaeda's headquarters in Pakistan and Afghanistan or other radical jihad movements worldwide," Khalil Al Anani an author and specialist in political Islamic affairs, told Deutsche Welle. "There are ideological touchstones, but there is no organizational coordination between them."

While there may be no direct coordination between al Qaeda and Egyptian extremist groups like the Salafists, it is these ideological touchstones which are of concern. Even with bin Laden dead, his philosophy remains inspirational to those who may have not been affiliated with his network but consider his goals close to their own.

Raising sectarian tensions to split the Egyptian people: "It is highly likely that Salafists will turn to violence," says Kristian Ulrichsen, Middle East expert at the London School of Economics

​​"It is highly likely that Salafists will turn to violence, particularly as they lack other forms of appeal," Kristian Ulrichsen, Middle East expert at the London School of Economics, told Deutsche Welle. "They have a track record of doing so in the past, and raising sectarian tensions to split the Egyptian people is another part of their tactics of divide and rule.

The Salafists' recourse to violence and their uncompromising views on the way that politics and life choices should be structured are completely at odds with the guiding principles of the Egyptian Revolution, which was based on millions of people making non-violent choices in favour of democracy, human rights, justice and dignity."

The Salafists are being blamed for stoking the recent sectarian and religious violence which has seen clashes between hard-line Islamists and Coptic Christians across Egypt and were blamed by the former Mubarak regime for bomb attacks on churches earlier in the year.

Concern over their possible embracing of al-Qaeda values and tactics was also raised when hundreds of Salafists organized a "prayer for the absent" for Osama bin Laden at the al-Nour mosque in the Cairo district of Abasiyah last week before marching on the American embassy to protest the al Qaeda leader's death. 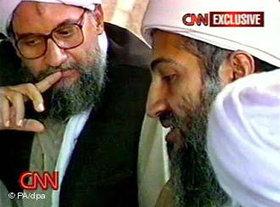 ​​There are also fears that should the Egyptian Ayman Al-Zawahiri become the new leader of al Qaeda, his background of extremism and jihadism in Egypt may inspire the country's Salafists further and lead to a direct link being forged with al Qaeda.

However, Kristian Ulrichsen thinks the changes that Egypt has experienced in the last few months have made it harder, not easier for al Qaeda to get a foothold in the country. "The movement that ousted Mubarak was based on support for justice, dignity, and a desire for democracy, and not on Islamist ideals. This is a very significant point as the Egyptian people demonstrated that there is more to regional political dynamics than merely Islamism or Arabism."

Turkey's parliamentary and presidential elections are scheduled for June 2023. But they are already casting a shadow. While the opposition is calling for early elections, ... END_OF_DOCUMENT_TOKEN_TO_BE_REPLACED

Jewish voices are much more diverse than the public often sees. Jewish men and women who oppose the injustice of Israeli occupation in the West Bank deserve our respect and ... END_OF_DOCUMENT_TOKEN_TO_BE_REPLACED

By stage-managing his re-election in a poll widely dismissed as a farce, Syria's President Bashar al-Assad has killed two birds with one stone: he has forced his compatriots to ... END_OF_DOCUMENT_TOKEN_TO_BE_REPLACED

The Germans have a fragmented perception of the conflict between Israel and the Palestinians, and their discourse is dominated by certain catchphrases. All the while, there is a ... END_OF_DOCUMENT_TOKEN_TO_BE_REPLACED

An unusual organisation brings Jews and Muslims together to fight hate and promote dialogue. In the small central German city of Marburg they have been jointly calling for an end ... END_OF_DOCUMENT_TOKEN_TO_BE_REPLACED

Professor Timothy Brennan's "Places of Mind: A Life of Edward Said" is a detailed biography of one of the most important intellectuals of the twentieth century, taking us on a ... END_OF_DOCUMENT_TOKEN_TO_BE_REPLACED

Comments for this article: Fears of Rising Extremism in Egypt's Power Vacuum

When I read an article on your prestigious web magazine, I assume that the sources to which you are referring are well informed about the matter they are talking about, especially the experts whose words are quoted. Well, being a translator from Arabic into Italian and a resident in Cairo for many years, even during the Revolution, I am quite astonished by the incorrect information which are given to readers. First of all it is well known that the bombing at the Church in Alexandria on 31st December 2010 was backed by the ex Interior Minister Habib El Adly, and this was discovered by the people of Egypt when they entered the sites of the Security Forces (Amn el Dawla) and opened their secret files, in March 2011. Secondly, many bloggers and famous intellectuals wrote about the incidents occurred lately in the area of Imbaba, where a church was burned down, but it turned out that the Salafists did not have anything to do with it, but it was still people sent there by the old regime in order to apply the very well-known philosophy of “divid et impera”. Here are few links about what I am talking about:
http://www.youm7.com/News.asp?NewsID=362418&SecID=12
http://www.hadoutamasreya.com/view_articles.php?id=468
http://www.sandmonkey.org/2011/05/10/offensive/

END_OF_DOCUMENT_TOKEN_TO_BE_REPLACED
Social media
and networks
Subscribe to our
newsletter