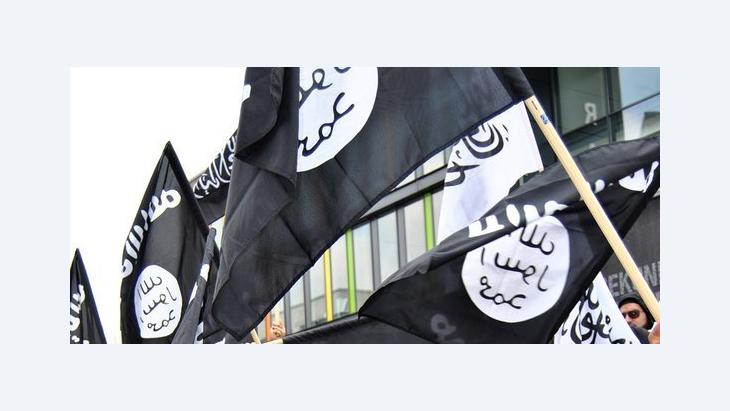 Until now, German public perception of the Salafists placed the phenomenon firmly on foreign soil. Recent events involving followers of this radical school of Islamic thought such as the distribution of copies of the Koran in German cities and violent clashes with police have raised some concerns, but how dangerous are the Salafists in reality? Answers from Albrecht Metzger

Until recently, German public perception of the Salafist movement was of a phenomenon primarily taking place abroad. The fundamentalists with the long beards and cropped trousers captured some 20 per cent of the Egyptian vote. Now they aim to impose Sharia law on the nation and induce society to live by the example of the Prophet and his disciples.

They also made negative press in Tunisia, with verbal attacks on Jews and anyone challenging their rigid world view. But in Germany? For sure, police and intelligence agencies have long had the German Salafists on their radar, and they warn of the potential dangers posed by this ideology. Members of what was known as the "Sauerland cell", who planned attacks on US installations in 2007 and were sentenced to serve long jail terms, came from this milieu.

Radicalisation of the Salafist scene

The general public only became aware of the Salafists in recent weeks, beginning with news of the apparently harmless distribution of copies of the Koran, through to violent clashes at demonstrations against the showing of cartoons depicting Mohammed. But how dangerous are the Salafists really? And what makes them so attractive in a society that views individual self-realization as a valuable asset? 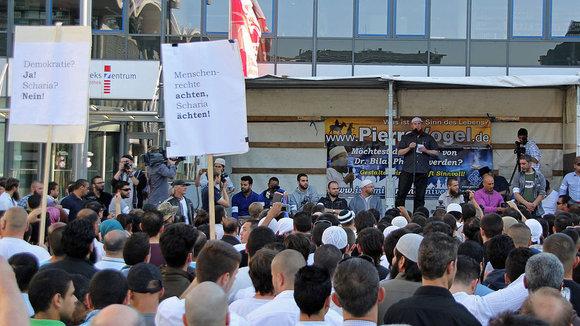 The best-known face of the German Salafist scene: Pierre Vogel is among those preachers who conduct themselves within the law and warn their supporters against using violence, says Albrecht Metzger

​​Following a range of interviews with Islam specialists working within the police force and intelligence service, all of whom wanted to remain anonymous in view of the sensitive nature of the issue, it is evident that a radicalization has taken place in the Salafist scene in recent months. One intelligence service official even expressed the fear that this could downslide into what he described as "urban terrorism".

On the other hand, it is not the case that all Salafists are ready to take up violence. In the view of one Islam expert in the police force, it would be fatal to tar the entire scene with the same brush, as this would also force peaceful Salafists into a corner and incite them to side with the militants.

The key figure of Pierre Vogel

The best-known face among German Salafists is the convert Pierre Vogel, who until last autumn toured the nation canvassing for the one and only true faith in his seminars on Islam. Some media described the former boxer, who speaks fluent Arabic with a Cologne-region accent, as a "hate preacher".

But that's only accurate to a certain extent. After all, Pierre Vogel is among those preachers who conduct themselves within the confines of the law and warn their followers against the use of violence. He is no jihadist. This sets him apart from other preachers who have consolidated their influence in recent months and who expressly advocated the attacks on police in Solingen and Bonn.

The dividing line between peaceful and potentially violent Salafists is however hazy; many of those seeking to inject new meaning into their lives and who initially attended Pierre Vogel's seminars later came to the attention of security authorities for openly declaring their allegiance to the jihad. The Salafist world view, one shared by Pierre Vogel, makes a stringent distinction between good and evil, between the faithful destined for paradise and the infidels destined for eternal hell fire – a fact that evidently facilitates the downslide into extremism.

A former associate of Pierre Vogel, Ibrahim Abou Nagie from Cologne, is of a different stamp. While not expressly viewed by security experts as a jihadist, he evidently advocates violence against "infidels". The two preachers went separate ways several years ago. 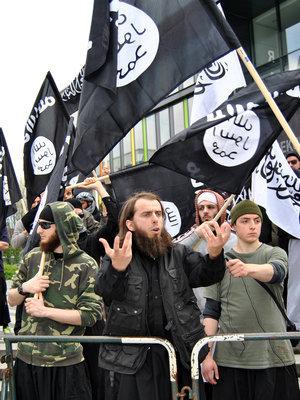 Simple answers, dichotomous world views: The Salafists make stringent distinctions between good and evil, between the faithful destined for paradise and the infidels destined for eternal hell fire – which evidently facilitates the downward slide into extremism, writes Metzger

​​While Pierre Vogel is concerned with mobilizing the masses and wants to avoid affronting non-Muslims, Ibrahim Abou Nagie makes no verbal compromises. He calls non-Muslims "kuffar" – infidels – and makes no secret of his contempt for them. "Pierre Vogel fills the venues, while Ibrahim Abou Nagie occasionally pulls in the reins," is the view held by one Islam specialist advising the police. He talks about a kind of "division of labour" between the two, even though they are clearly no longer in contact with one another. In any case, Pierre Vogel is currently pursuing his studies in Egypt.

An unequivocal jihadist is however the Austrian Abu Usama al-Gharib, previously an Al Qaeda representative of sorts in his home country, which sentenced him to four years in prison because of his associations with the terrorist network. Following his release in September 2011, he initially moved to Berlin, then to Solingen, where he preached for several months at the Millatu Ibrahim Mosque. He later moved to Hessen, from where he was expelled in late April. He now lives in Egypt.

Unlike Pierre Vogel and Ibrahim Abou Nagie, al-Gharib and his associates openly declare their allegiance to the jihad. Security experts are now saying that Solingen has become a centre of Salafist Jihadism in Germany. "Abu Usama al-Gharib has succeeded in uniting the radical Salafists," says one Islam specialist at Germany's intelligence agency.

It had been Ibrahim Abou Nagie's idea to distribute more than 20 million editions of the Koran in German cities. What initially sounded like a harmless endeavour leaves a decidedly problematic aftertaste in view of the people responsible for organizing it. Usama Abu Gharin also declared his support for the campaign and offered to protect the stands from possible attacks.

"They view themselves as a protection squad for Islam," says one intelligence agency official. The idea of distributing the Koran was not just aimed at winning potential converts, but also to unite the Salafist scene. This has broadly speaking been a success, and apart from a few Salafist preachers who criticised the distribution of the holy book as contrary to the conduct of the Prophet himself, the initiative was met with broad approval. "It has boosted the self-confidence of the Salafist scene," says one intelligence official. 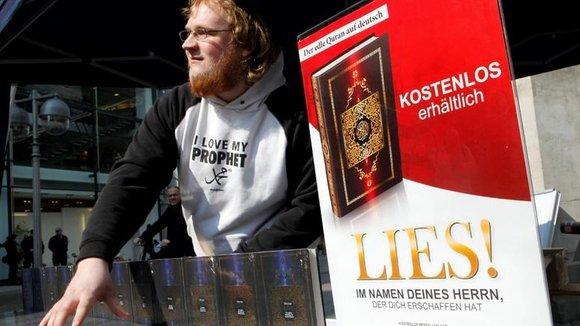 Substitute ideology for failed existences: "Salafism offers an attractive counter-model, giving them support, warmth and a sense of brotherhood, and persuading them that they have the "truth" on their side," says an anonymous intelligence service official

​​Opinions were however divided again over the violent demonstrations against the display of Mohammed cartoons just a few weeks later, on 5 May, when Salafist protesters attacked police with truncheons and knives. While Abu Usama spurred on his followers from Egypt to defend the honour of the prophet by violent means if necessary, Pierre Vogel appealed for calm.

The demonstrations represented a clear escalation, as up to this point the Salafists had not appeared in such a form. One intelligence agency officer says that many Salafists – but by no means all – have a criminal background and were able to reactivate their "street experience" from the period previous to their conversion.

His assessment of the situation is that for those who have so far failed to make anything of their lives Salafism offers an attractive counter-model: Giving them support, warmth and a sense of brotherhood, and persuading them that they have the "truth" on their side. There should be no objections to this in principle – if it didn't go hand in hand with the willingness to use violence against those of other faiths and beliefs.

Tourists have been returning to Tunisia, Egypt and Morocco. But, given the global uncertainty caused by the Ukraine war, will the comeback be enough to save a struggling sector, ... END_OF_DOCUMENT_TOKEN_TO_BE_REPLACED

The highly controversial Indian blockbuster "The Kashmir Files“, on the exodus of Kashmiri Hindus in the 1990s, is characterised by unilateral representations, negative ... END_OF_DOCUMENT_TOKEN_TO_BE_REPLACED

"Flugt" is the world's first museum dedicated to the stories of those forced to flee. The new museum, which focuses on the fates of refugees then and now, is housed in a former ... END_OF_DOCUMENT_TOKEN_TO_BE_REPLACED

"Finding Home", the second album by Syrian-born, UK-based musician Maya Youssef, works through feelings of loss and destruction until its music reaches a place beyond war and ... END_OF_DOCUMENT_TOKEN_TO_BE_REPLACED

END_OF_DOCUMENT_TOKEN_TO_BE_REPLACED
Social media
and networks
Subscribe to our
newsletter