A year before he was murdered, Samir Kassir published a short book in France under the provocative title "Thoughts on the Arab Malaise". It is written from the viewpoint of one of the shrewdest and most incisive Arab intellectuals. Susan Javad has read it 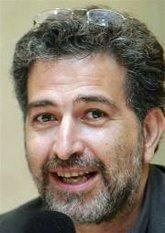 Samir Kassir: "It is no pleasure to be an Arab today"

​​On June 2nd, 2005, the Lebanese journalist Samir Kassir was killed in a car-bomb attack. Suspicion has fallen on a group of Syrian and Lebanese intelligence agents who are also thought to have organised the assassination of Rafik Hariri.

A year before he was murdered, Samir Kassir published a short book in France under the provocative title, "Considerations sur le malheur arabe" (Thoughts on the Arab Malaise). An Arabic version was published almost simultaneously. Now, the Hans Schiler Verlag has brought out a German translation, entitled "Das arabische Unglück".

No victim of a foreign culture

"It is no pleasure to be an Arab today. Some Arabs feel persecuted, while others hate themselves." With these words, Kassir launches his polemic, making it clear from the very start that his book is not a guide to political action but the strong personal opinion of one Arab intellectual.

The two sentences that follow tell us much about the way Kassir sees himself, and about the situation of many intellectuals in the Arab world: as a secularised Arab, he describes himself, and as culturally assimilated – indeed, Westernised. "But", he adds, referring to himself in the third person: "he does not see himself as the alienated victim of a foreign culture."

Kassir's aim is to release Arabs from their role as victims, from a feeling of impotence that he describes as all-pervasive in the Arab world, and which he sums up in the phrase, "the Arab malaise".

Demystification of the "Golden Age"

In his view, the main problem of the Arab world has been its inability to stop yearning for the "Golden Age"– a phase of Arabic history that must in any case, he insists, be reinterpreted and reassessed. Besides, says Kassir, Arabs are forgetting another, more recent, part of their history – a period that could offer numerous grounds for renewed hope.

Samir Kassir sets out to demystify the "Golden Age". It's important to him to emphasise the contributions made by various other peoples to this great period of Arabic history. As Kassir sees it, the Islamic religion was just one of several components that contributed to the universalism of Arabic culture at that time.

In his reading, "Arabic history, a history of grand empires" turns out to be "an accumulation of cultural experiences; indeed, more than that: an accretion of cultural diversity."

The multifariousness of Islam

In thus accentuating the multifariousness of Islam, and the scale of its achievement in integrating various cultural elements during the "Golden Age", Kassir develops his main argument against Islamism. He locates that movement's origins in the Arabs' perceived powerlessness when faced with Israel, and in the lack of ideological alternatives following the failures of Arabic socialism and nationalism.

This he contrasts with the cultural openness of the Arab world during the "nahda", or Arab Renaissance, around one hundred years ago. Kassir argues that the effects of this period extended far into the 20th century: for the cinema arrived in Arab cities; women started choosing to abandon the veil; education acquired a new significance; and in many Arab countries, says Kassir, there was a widespread desire to participate in modernity and to share in its attainments.

Today, this period of Arabic history is largely forgotten, or else interpreted negatively as a time of "Westernisation". Kassir sees this as a terrible mistake. He insists that Arabs could overcome their sense of defeat and decline since the "Golden Age" by recalling this more recent era of radical change and progress.

He also regards certain aspects of modernity as a part of mankind's universal inheritance that cannot be dismissed as "Western cultural imperialism". Among these are human rights, democracy, and education for women.

Kassir wishes to draw a differentiated picture of the "Arab malaise". He doesn't neglect to mention the guilt of European colonialism, and of American and Israel policy in later years; nor does he ignore the inglorious developments in Arab nations or fail to notice when these were self-inflicted. The Arab potentates' authoritarian style, their disregard for human and civil rights – every aspect of the current malaise receives mention in Kassir's book.

He places his hopes in the positive consequences of a process of cultural globalisation that could draw Arab countries closer together while also enabling them to open up to the outside world.

"Considerations sur le malheur arabe" is an attempt to analyse the prevailing mood in the Arabic world today. It is written from the viewpoint of one of the shrewdest and most incisive Arab intellectuals, and it seems correct and pertinent in many of the points it makes.

Samir Kassir's views are often less than flattering to his Arab readers, yet one never gains the impression that he wishes to vilify or pour scorn on Arabic culture, to which he himself clearly feels deeply connected. That he, of all people, had to fall victim to the machinations of local political cliques has to be seen as a further sad chapter in recent Arab history.

The Press in Lebanon
Awakening Media
Despite the political murders of Lebanese journalists many media representatives and political observers believe that freedom of the press is developing positively in the Levantine state. Bernhard Hillenkamp reports

The Lebanon Proxy
Buffeted by Its Surroundings
Over the past few weeks, Lebanese politicians from diverse groups have been meeting intermittently in what has been dubbed a "National Dialogue." But what their dialogue has exposed is how much Lebanese politics continues to be shaped by external forces. An analysis by Michael Young

END_OF_DOCUMENT_TOKEN_TO_BE_REPLACED
Social media
and networks
Subscribe to our
newsletter