Sarkozy and his Mediterranean Union
France Looks to the Middle East

During his trip through Middle East from 22 to 24 June, France's president Nicolas Sarkozy visited the Palestinian territories and Israel; and once again, he tried to drum up support for his Mediterranean Union. Rainer Sollich provides the background

Claim to a distinguished role in the Middle East and North Africa: Nicolas Sarkozy would like to give contours to the Mediterranean Union

​​When Nicolas Sarkozy first presented his idea of a Mediterranean Union during his presidential election campaign last year, he did so as if he was presenting a grand vision: "I appeal to all peoples of the Mediterranean. I say to you: everything will be decided in the Mediterranean! We must overcome all hate to create space for a grand dream of peace and culture. The time has come to set up a Mediterranean Union that will act as a link between Europe and Africa."

Sarkozy initially envisioned a completely independent organisation, a prestigious project under France's guidance, existing in parallel to the European Union, with its own projects and institutions, and excluding all EU Member States that do not directly border the Mediterranean such as Germany and Poland. The idea will not, however, be implemented in this form.

Resistance from Germany in particular meant that the Mediterranean Union will not be an exclusive club for Mediterranean countries, but an extension and improvement of the existing EU programme for the region, the so-called Barcelona Process. The project is due to be kick-started in Paris on 13 July during the French presidency of the European Council.

A region dogged by conflict

Now that the framework of the project has been amended, the intention is to pursue with renewed vigour the improvement of co-operation in a number of fields including energy, climate change, economic policy, illegal immigration, security, and the building of trust at political level. However, the numerous conflicts in the southern Mediterranean region - above all, the Arab-Israeli conflict and the conflict in the western Sahara - are still major obstacles. 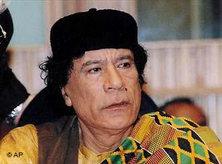 ​​It remains to be seen whether the pared-down version of the Mediterranean Union can really provide any truly new impetus. A number of countries including Libya and Algeria have voiced opposition to the project.

For the time being, however, France continues to treat the Mediterranean Union as a prestigious project despite the limitations that have been imposed on it and the criticism voiced by several Arab countries. Moreover, Paris continually emphasises its claim to have a special and in Europe distinguished role in the Middle East and North Africa.

Sarkozy, the master of rapprochement

In late 2007, Sarkozy irritated other European countries by organising a splendid reception for the Libyan leader, Muammar al-Gaddafi, and concluding an agreement with him about the delivery of a nuclear reactor for Tripoli. He was also the first foreign head of state to pay his respects to the new Lebanese compromise president Suleiman.

Sarkozy is also causing irritation in Washington with his attempts to bring about a rapprochement with the Syrian president, Bashar Al-Assad, who is himself sending out peace signals. Sarkozy would also like to bring Assad and Israeli prime minister, Ehud Olmert, together around one table. France has also admitted that it has established diplomatic links with the Islamist Hamas in the Gaza Strip, which is on the EU's official list of terrorist organisations.

In North Africa and the Near East, France benefits not only from the cultural conditions in its former colonies, where many of the elite still bear the hallmarks of French influence. France is also trying to benefit economically, for example by pursuing controversial plans or offers of nuclear co-operation with other Arab states such as Egypt or the United Arab Emirates.

However, under Sarkozy's leadership, France is also trying to liberate itself from its previous Middle East policy, which has until now tended towards being pro-Arab and pro-Palestinian, and is trying to bolster its relations with Israel. For example, Sarkozy shares Israel's opinion that the Iranian nuclear programme constitutes a very serious global security threat. At the same time, Sarkozy is still a robust critic of Israel's policy of occupying the Palestinian territories.

His foreign policy initiatives in the Mediterranean region and in the Arab-Israeli conflict in particular are being closely watched in France. After all, France is home to not only about 5 million Muslims, most of whom are of North African origin, but also approximately 600,000 Jews, the largest Jewish community in Europe.

Sarkozy's Position on France's Colonial History
A Potpourri of Contradictions
Searching for a new direction for his foreign policy towards the former colonial states of North Africa, the president of France has become tangled in contradictory statements and promises. Bernhard Schmid reports

END_OF_DOCUMENT_TOKEN_TO_BE_REPLACED
Social media
and networks
Subscribe to our
newsletter