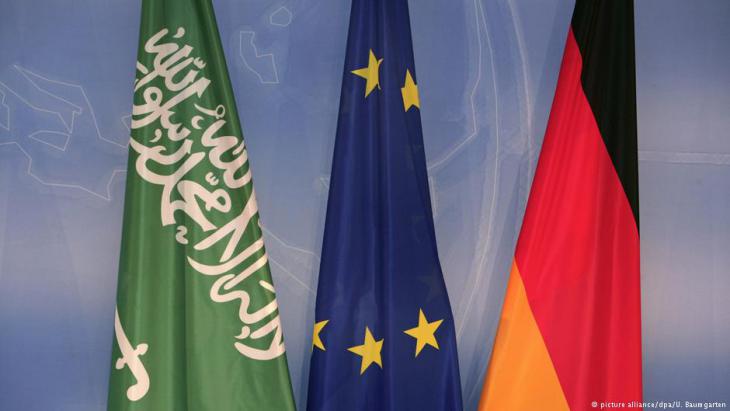 A new social contract is being drawn up in Saudi Arabia. This presents Germany and its EU partners with new opportunities. But if these are to be properly utilised, they should demonstrate greater commitment to defusing the conflict with Iran. By Matthias Sailer

The Saudi Arabia of 2018 confronts observers with contradictions that are difficult to square. On the one hand, the Kingdom continues to be a robustly authoritarian state in which large-scale human rights violations are the order of the day.

There is also no evidence of compromise in the nation's regional policy. For example, it is playing a leading role in the blockade of Yemen, which means it shares significant responsibility for what is currently the world's largest humanitarian catastrophe. Saudi Arabia has imposed an embargo with highly dubious justification and circumstances on its neighbouring emirate Qatar. And during the Arab Spring, the Kingdom frequently opposed the democratisation processes initiated in many nations.

But on the other hand, the truth is also that under Crown Prince Mohammed bin Salman (MbS), Saudi Arabia has introduced profound political and economic reforms including the liberalisation of several areas of societal coexistence: women are allowed to drive cars and attend concerts, cinemas have been permitted and religious police powers rightly curtailed. Generally speaking, MbS has granted young people in Saudi Arabia many new freedoms that would have been inconceivable years ago.

The backdrop of this is nothing less than a re-drafting of the Saudi social contract. In the past, rulers consolidated their power on the one hand through their support of other centres of power within the royal family. On the other, they relied on the Wahhabist clergy who, although representing an interpretation of Islam sometimes reminiscent of the European Middle Ages, have rarely criticised the monarchy while simultaneously legitimising its political approach. Ordinary Saudi citizens were excluded from political participation, but instead enjoyed a whole range of economic benefits financed by plentiful oil revenues.

The situation today is totally different. The 32-year-old Crown Prince has monopolised power within the royal household by eliminating other power centres. He has taken a similar tack with potential opponents from the Islamist camp, which he has subdued by arresting several of its best-known figures. Through this systematic "neutralisation" of his critics, he has been able to cement his rule for the time being. But in doing so, he has also made many new enemies.

Saudi economic development will be crucial

The Crown Prince's control is now completely dependent on his popularity among the young. Around 60 percent of Saudis are under 30 years old. His liberalisation measures have secured him their approval. Yet he also needs to create attractive jobs to increase the self-esteem of young Saudis and the sense of pride they feel for their rulers.

In addition to their approval, however, MbS is also expecting them to take more individual responsibility. After all, the soft cushion of financial benefits is likely to become threadbare if the price of oil doesn't recover to a significant and sustainable level soon. And to rely on this is still risky.

MbS' power therefore stands and falls with the further development of the economy. He can only achieve these goals through a rapid and successful expansion of the non-oil sector. If this goes wrong, his popularity with Saudi youth will suffer and his many new enemies will begin to undermine him. Cost-intensive regional-policy adventures such as that in Yemen, or wasted economic potential such as with the boycott against Qatar increase this risk. 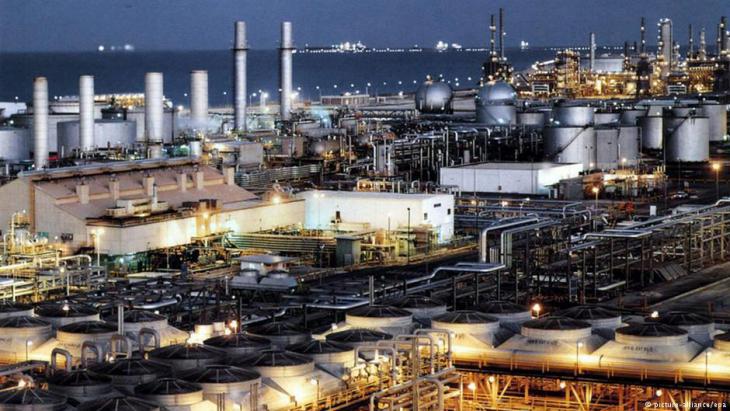 Relying on diversification and a reduced emphasis on oil for success: MbS' power therefore stands and falls with the further development of the economy. He can only achieve these goals through a rapid and successful expansion of the non-oil sector. If this goes wrong, his popularity with Saudi youth will suffer and his many new enemies will begin to undermine him

An escalation of the conflict with Iran would have a similar effect. MbS could find a use for it in the short-term – a common enemy is known to unite. But a military escalation resulting in the Kingdom's reliance on the U.S. for protection could tear barely quantifiable financial holes in Saudi coffers, making MbS extremely vulnerable in the process.

Approaches for Germany and the EU

So how should Germany now behave towards such an actor? In view of the significance of the development of the non-oil sector, which can hardly be overstated, Germany has more to offer Saudi Arabia than some perhaps may appreciate. Even though bilateral relations are currently weakened, the Kingdom needs German know-how and first and foremost German investments more than ever before.

The present discord is therefore likely to remain a temporary phenomenon. Germany does, however, need to reiterate to the Kingdom that the war in Yemen, the Qatar crisis and potential further escalation with Iran are all inflicting huge damage on Saudi Arabia as an investment location and the Gulf Region as a whole – what business will want to invest in a trouble spot that's becoming ever more volatile?

But this is not the only reason whey Germany and its European partners should make greater efforts to seek dialogue on regional-policy issues. Saudi Arabia's aggressive foreign policy may have serious consequences for Europe. Crises can become wars and wars force people to flee.

German and European politics should therefore channel a great deal more resources into reducing the intensity of the hegemonic conflict between Saudi Arabia and Iran – a conflict that has an impact upon practically every individual conflict in the region. 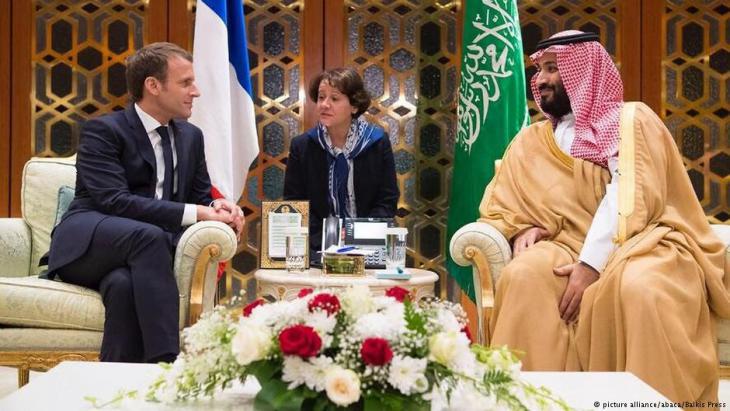 MbS, economic partner to the West: Europe still sees Saudi Arabia primarily as a lucrative market for consumer goods and an important trading partner in the region. In April France concluded a number of trade deals amounting to over 14 billion euros with Saudi Arabia, according to figures released by the Franco-Saudi Economic Forum. The declarations of intent covered a range of sectors such as energy, water, tourism and agriculture

Intellectuals from the Gulf region repeatedly single out the Conference on Security and Cooperation in Europe ("CSCE") as the focus for such conflict mitigation. That sounds ambitious, particularly as dialogue has been further hampered following the Trump administration's nixing of the nuclear deal. But it is an idea worthy of discussion and dialogue remains the most sustainable resolution method.

The approval of Saudi Arabia and the United Arab Emirates (UAE) – the Kingdom's closest ally – of the cancellation of the nuclear agreement does not change this. After all, both nations will be anxious to avoid a military escalation. Moreover, in the Qatar crisis, Saudi Arabia and the UAE are currently experiencing the painful realisation that U.S. President Trump is not a reliable partner with whom one can make long-term plans.

After Trump initially positioned himself clearly on the side of the Qatar-critical camp alongside Saudi Arabia and the UAE, he is now stepping up the pressure on both to find a solution to the crisis, in order to then form a united front together with Qatar against Iran. This untrustworthiness should increase the Europeans' appeal.

In view of Saudi regional policy, supplying arms admittedly remains highly problematic. Despite legitimate security interests in the face of Iran's destabilising regional policy, it is not responsible for Germany to be selling patrol vessels to a country that shares key responsibility for a humanitarian catastrophe as a result of its naval blockade.

This evidently erodes Germany's credibility in its calls for the observance of human rights not only in Saudi Arabia, but in other nations ruled by authoritarian regimes.

Surging coronavirus cases in many parts of the world have overshadowed the start of this year's Muslim holy month of Ramadan, with festivities once again curtailed by contagion ... END_OF_DOCUMENT_TOKEN_TO_BE_REPLACED

German Middle East analyst Guido Steinberg and television journalist Ulrich Tilgner have both published new books on the conflicts in the Middle East. Their analyses and their ... END_OF_DOCUMENT_TOKEN_TO_BE_REPLACED

On 27 March, Iran and China signed a 25-year accord intended to foster "strategic co-operation". Despite ongoing uncertainty over the deal's actual scope, content and chances of ... END_OF_DOCUMENT_TOKEN_TO_BE_REPLACED

In Grenoble, France, two professors have been pilloried in a dispute over the use – or otherwise – of the term Islamophobia. Is freedom of speech in jeopardy? By Stefan Dege and ... END_OF_DOCUMENT_TOKEN_TO_BE_REPLACED
Author:
Matthias Sailer
Date:
Mail:
Send via mail

END_OF_DOCUMENT_TOKEN_TO_BE_REPLACED
Social media
and networks
Subscribe to our
newsletter