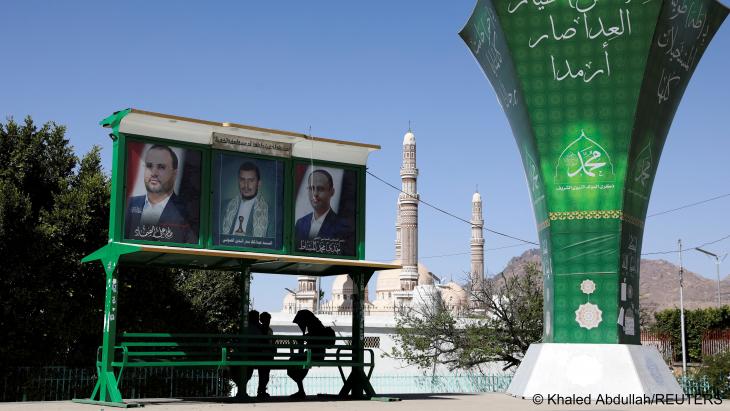 Warring parties Saudi Arabia and the Yemen's Houthi movement have resumed direct talks to discuss security along the kingdom's border and future relations under any peace deal with Yemen, two sources familiar with the matter said on Tuesday.

The so far sporadic negotiations between the two sides resumed last month before the scheduled renewal of a U.N.-brokered truce which was extended by another two months on 2 June.

The resumption in talks is a positive sign for efforts by the United Nations and United States to find a political settlement to the conflict which has killed tens of thousands of people and pushed Yemen to the brink of famine.

The virtual talks between senior Saudi and Houthi officials were facilitated by Oman, both sources said, with one adding that there were also plans for a face-to-face meeting in Muscat if there is enough progress.

The Saudi government did not respond to a request for comment. A Houthi official declined to comment.

After years of military stalemate in which a Saudi-led coalition failed to dislodge the Houthis from the capital Sanaa, Riyadh is seeking to build ties with the Iran-aligned movement which still controls large swaths of Yemen's 1,300-kilometre border with the kingdom.

The sources said Saudi and Houthi officials were discussing a long-term border security agreement as well as Riyadh's concerns over the group's arsenal of ballistic missiles and armed drones used to carry out repeated attacks on Saudi cities, the sources said.

The Saudi-led coalition accuses Iran of arming and funding the movement, which has turned from ragtag militia to an established Yemeni force over the course of the war. Both Tehran and the group deny the charge.

Meanwhile the U.N. envoy for Yemen Hans Grundberg has been trying to persuade Houthi leaders to withdraw their forces from at least one main road in the disputed southwestern city of Taiz, according to one of the sources and a third person familiar with the talks.

The re-opening of the Habwan road was one of the conditions set by the Houthis' rival, the Saudi-backed government as a condition for renewing the truce.

But the Houthis have so far resisted, arguing that the Hawban road is a frontline and that the redeployment of troops was not part of the truce agreement, according to the sources.

The Houthis ousted the internationally recognised government from Sanaa in late 2014, prompting the coalition to intervene months later. The group says it is fighting a corrupt system and foreign aggression.

The conflict is widely seen in the region as a proxy war between Saudi Arabia and Iran, which launched direct talks last year aimed at containing tensions and that have largely focused on Yemen.

Riyadh has also come under pressure from Washington and other Western allies to end the war.

U.S. President Joe Biden is expected to visit Riyadh in mid-July, sources have said, and talks are expected to include Gulf security concerns at a time when efforts by global powers to revive a nuclear deal with Iran have stalled.    (Reuters)

END_OF_DOCUMENT_TOKEN_TO_BE_REPLACED
Social media
and networks
Subscribe to our
newsletter