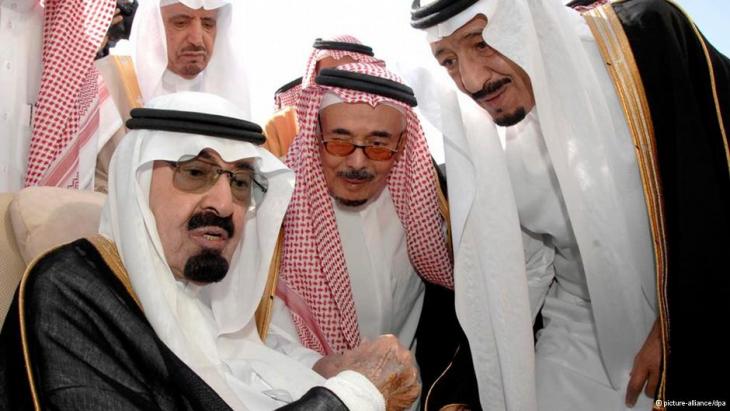 Facing a Plethora of Fundamental Challenges

The deterioration of Saudi Arabia's political influence has contributed to a growing sense of national decline. King Abdullah's reform efforts have lost steam. An essay by Tarek Osman

In the early 1970's, Saudi Arabia's King Faisal reportedly confided to senior members of the royal family his fear that, just as in a single generation the country had moved from "riding camels to riding Cadillacs… the next generation could be riding camels again." His warning seems more apt than ever.

Saudi Arabia, long one of the Arab world's most rigid societies, now finds itself in a state of flux. Its relations with the West – and with the United States in particular – have frayed in the turmoil unleashed in the Middle East and North Africa by the Arab Spring. Meanwhile, a group of women provided the latest sign of domestic restiveness by defying the Kingdom's prohibition against women drivers.

While Saudi Arabia remains the largest Arab economy, the world's leading producer and exporter of oil, and the guardian of Sunni Islam, its political influence has diminished significantly in recent years. From the early 1980's to the mid-2000's, Saudi Arabia was the coordinator of pan-Arab politics, with the palaces of Riyadh and Jeddah drawing political leaders from throughout the Arab world. 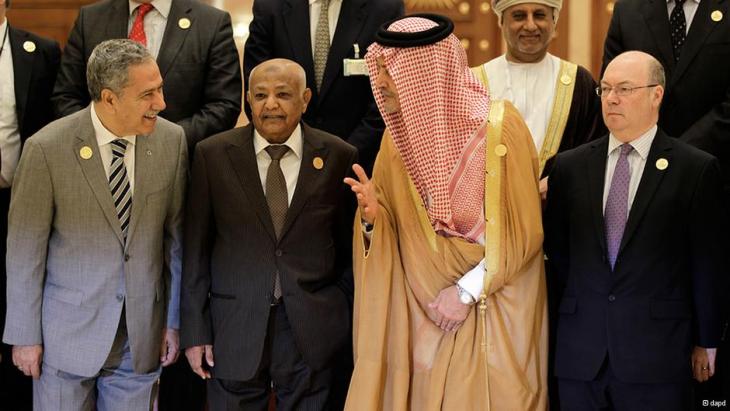 Costly campaing against the Shia Houthis in Yemen: Saudi Foreign Minister Prince Saud al-Faisal reaffirmed the Kingdom's support for the Republic of Yemen and pledged $3.25 billion in development aid as part of the more than $4 billion package from Western and Gulf states following the Friends of Yemen ministerial meeting in Riyadh in May 2012

But the reception rooms have since been noticeably empty. Qatar – with its seemingly inexhaustible wealth and a comprehensive foreign, investment, and media strategy – has replaced Saudi Arabia as the decisive arbiter in almost every Middle Eastern conflict.

The deterioration of Saudi Arabia's political influence has contributed to a growing sense of national decline. King Abdullah's reform efforts – especially those aimed at curbing the power of the ultra-conservative Wahhabi-Salafi religious establishment – have lost steam, and the deaths of two crown princes have complicated the inter-generational transfer of power.

While Saudi leaders have managed to buy middle-class support by allocating a significant proportion of oil revenues to targeted welfare and credit-support programs, widespread poverty and massive income inequality persist. Shia Muslims in the oil-rich Eastern Province have repeatedly defied the ban on anti-regime demonstrations. And Saudi Arabia's campaign against the Shia Houthis in Yemen has proved longer and costlier than expected.

Against this background, Saudi leaders remain conspicuously wary of popular empowerment and disruption of the Arab order that they have dominated for the last three decades. For Saudi Wahhabism, in which absolute power is granted to the royal family by religious mandate, innovative forms of political Islam that anchor legitimacy in genuine representation are a strategic threat.

Over the last year, the Saudi family has been focusing on many of these challenges. King Abdullah has made significant personnel changes within the defense, interior, foreign, and intelligence ministries, granting broad powers to two experienced princes – Bandar bin Sultan, who was Ambassador to the US for more than two decades, and Miteb bin Abdullah, the king's son and long-time commander of the National Guard. 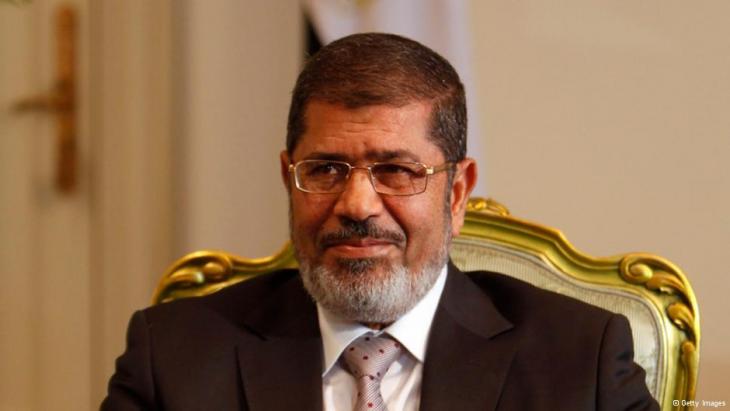 Fear of the rise of the Islam as propagated and practise by Egypt's Muslim Brotherhood: "Saudi Arabia has helped to curb the rise of political Islam across North Africa, including by backing the overthrow of Egyptian President Mohamed Morsi," Tarek Osman writes

The government has also sought to attract foreign investment and promote economic diversification. And some factions of the Saudi family are reaching out – albeit cautiously – to civil-society actors, attempting to engage them in a dialogue about the country's future.

The gradual erosion of the Kingdom's wealth

Moreover, in order to combat Iran's influence in the eastern Mediterranean, Saudi Arabia has increased support for its allies in Iraq, Jordan, and Lebanon, and has effectively taken responsibility for financing, arming, and directing the Syrian opposition and rebel forces. It has helped to curb the rise of political Islam across North Africa, including by backing the overthrow of Egyptian President Mohamed Morsi. And, through a combination of positive and negative incentives, it has checked the threat posed by the Houthis in Yemen.

But none of these policies addresses the fundamental challenge facing the Kingdom – namely, the gradual erosion of its wealth (indeed, Saudi Arabia is expected to become a net energy importer by 2030). Given many economic sectors' lack of competitiveness and the inadequacy of the educational system, the Saudi population – 70% of which is under 35 years old – will experience skyrocketing unemployment in the coming years. 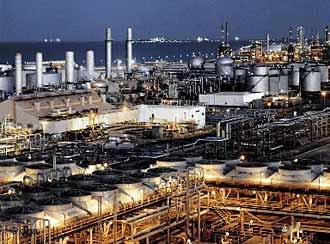 "Wasted opportunity": Despite sitting atop one of history’s most liquid fortunes, the country has failed to become an advanced economy

Many Saudis sense a wasted opportunity; despite sitting atop one of history's most liquid fortunes, the country has failed to become an advanced economy. And Saudi Arabia's large middle class is likely to respond to diminishing prosperity by calling for a more representative political system.

The problem is that the obvious challenges facing Saudi Arabia require a level of cohesion in the upper echelons of government that remains elusive. As the journalist Christian Caryl put it, "to say that historical or economic conditions predispose a country to embark on a particular path does not mean that its politicians will necessarily decide to take it."

The continued absence of resolute action could easily drive Saudi Arabia toward irreversible decay. In such a scenario, the economy would gradually weaken, hampering the royal family's ability to continue buying middle-class support, while enabling rebel groups in the east and the south to erode the government's authority. This could cause Wahhabi religious and political doctrine to lose ground among young people and fuel regime infighting.

Ultimately, Abdulaziz bin Saud's unification of the Kingdom in the late 1920's could even be reversed, making the last eight decades an anomaly in the Arabian Peninsula's long history of fragmentation. Such an outcome would effectively make Yemen and the rest of the Gulf states ungovernable, allowing the Sunni-Shia confrontation that is currently unfolding in the Levant to overwhelm the region.

But there is another possibility. The new generation of Saudi leaders could spearhead a transition to a genuine constitutional monarchy, based on a transparent system of checks and balances. A more representative governance model, together with strong economic incentives, could unleash the young population's creativity and dynamism – and secure Saudi Arabia's future in the process.

That promise was captured in the recent film "Wadjda" – written, produced, and directed by Saudi women – which tells the story of a young girl from a middle-class family who challenges social conventions and pushes boundaries, as she attempts to fulfill her potential. If she is not Saudi Arabia's future, the country may not have a future at all.

Tarek Osman is the author of "Egypt on the Brink".

The 2015 Joint Comprehensive Plan of Action with Iran is in jeopardy. European governments should use the JCPOA’s dispute-resolution mechanism both to pursue immediate measures to ... END_OF_DOCUMENT_TOKEN_TO_BE_REPLACED

Many predominantly Muslim countries have penal laws against "blasphemy", "defamation of religion" and "apostasy". In practice they serve as highly effective weapons to settle ... END_OF_DOCUMENT_TOKEN_TO_BE_REPLACED

In recent years, Tehran had pushed a clever public-relations campaign to depict Soleimani as a Napoleon- or Caesar-like warrior-poet. He was even mooted as a likely presidential ... END_OF_DOCUMENT_TOKEN_TO_BE_REPLACED

Taking the Fridays for Future movement as his starting point, Muslim environmental expert Tarik Quadir talks to Marian Brehmer about the connections between Islam and ... END_OF_DOCUMENT_TOKEN_TO_BE_REPLACED

Equality in divorce, a ban on polygamy: reformers of Islamic family law have a clear agenda. They are exploiting the ambiguity of traditional jurisprudence. By Joseph Croitoru END_OF_DOCUMENT_TOKEN_TO_BE_REPLACED

Yazz Ahmed is one of the most exciting personalities on the lively London jazz scene. Her complex musical suites combine the traditions of her Bahraini roots and jazz ... END_OF_DOCUMENT_TOKEN_TO_BE_REPLACED
Author:
Tarek Osman
Date:
Mail:
Send via mail

END_OF_DOCUMENT_TOKEN_TO_BE_REPLACED
Social media
and networks
Subscribe to our
newsletter