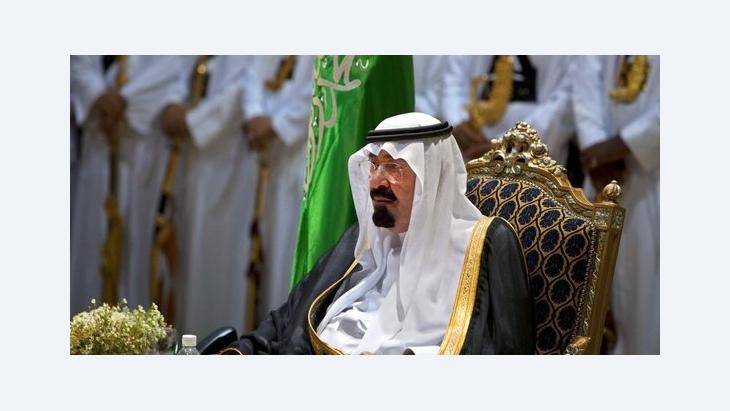 Saudi Arabia versus the Arab Spring
Stability at All Costs

Saudi Arabia is often seen as the main player in the counter-revolution against the uprisings of the Arab Spring. In reality, however, the kingdom's reaction has been conservative because both its domestic and foreign policies have been geared towards "stability" for quite some time now. By Bernard Haykel

The Saudis are afraid of the Arab spring, because they don't want anti-Saudi forces, including such enemies as Iran and Al Qaeda, to increase their influence in the Middle East, and they believe the revolutions in the region might have just this effect.

Some of the older Saudi leaders have seen this movie before. The nationalist revolutions of the 1950's and 1960's, inspired and galvanized by Gamel Nasser's Egypt, nearly toppled the House of Saud. Nonetheless, today's Saudi princes appear to recognize that something has genuinely changed in the Middle East: The younger generation of Arabs is no longer prepared to accept unaccountable, corrupt, and brutal governments.

Saudi Arabia, a self-proclaimed bulwark of Islamic conservatism, where popular democracy has never been considered a legitimate form of rule, has been more aggressive in some arenas than in others. Domestically, the royal family struck quickly, adopting a ban on public demonstrations and acts of civil disobedience. The Kingdom's traditional interpretation of Islam construes political legitimacy in terms of a ruler's proper application of Islamic law. In return, his subjects owe him obedience within the constraints of Sharia religious law.

Protest and dissent regarded as "un-Islamic"

Dissent, should it arise, must always take the form of well-intentioned advice given to the ruler in a private setting. Public demonstrations of dissent are regarded as contrary to Islam, because they foster divisiveness and lead to civil strife. The highest council of Saudi religious scholars recently declared demonstrations to be categorically un-Islamic. Confronted with the possibility of mass demonstrations on March 11 – the so-called Day of Rage on a Facebook page – the Saudi rulers enforced that ruling by deploying massive numbers of security forces in the streets. 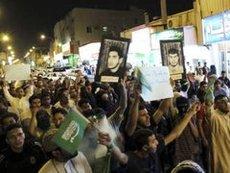 A threat to the Saudi royal family: on 11 March, a Facebook group with about 32,000 "friends" called on people to demonstrate for more democracy and freedom of expression; there had previously been some unrest in the city of Qatif, which is mainly inhabited by Shias

​​They also played the Shia card, an effective trump in Sunni-majority Saudi Arabia. The rulers argued that public protests throughout the region were being orchestrated by Shia Iran, and were anti-Sunni and sectarian. The threat of chaos, evident now in Libya, Syria, and Yemen, also weighed in the royal family's favour. The House of Saud has a long historical claim on rule in Arabia, and its promise of stability remains key to its durability.

A massive government subsidy package also accounted for domestic calm. Abruptly, some $130 billion was added to spending projections over the next five years. Salaries for all public servants, a majority of the national work force, were raised, as was the total number of public-sector jobs. King Abdullah pledged large numbers of new housing units, an important gesture in a country where young people, especially young married couples, cannot easily access the housing market.

Intervention under the banner of the Cooperation Council

In neighbouring Bahrain, the Saudis also moved quickly to bolster the Sunni-minority regime against a rising tide of protest led by the island kingdom's Shia majority. Saudi troops marched into Bahrain under the banner of the Gulf Cooperation Council (GCC), and the Saudi rulers issued clear instructions to adopt an iron-fisted policy with the demonstrators, again arguing that Iran's nefarious hand was at play in subverting the country. 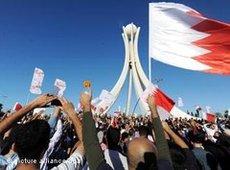 Exercising an iron fist against the pro-democracy movement: last March, at least 1,000 Saudi soldiers were sent to Bahrain to put down protests there on the orders of the Gulf Cooperation Council (GCC)

​​No doubt, the Saudis believe that a Shia-led Bahrain would lead to Iranian dominance at their very doorstep. Here, too, the Kingdom employed its policy of largesse through the GCC, promising Bahrain $10 billion over the next decade. Other large-scale financial commitments were made to Oman and Jordan, both Saudi allies that have managed to silence early whispers of mass protest.

Farther away, in Libya and Syria, the Saudis have said little, perhaps to avoid picking the losing side in uncertain circumstances. The Kingdom has no love for Libyan leader Muammar el-Qaddafi, who tried to assassinate King Abdullah and has waged a concerted anti-Saudi propaganda campaign for at least a decade. The Saudis would surely like to see Qaddafi deposed, but they have no real stake in the Libyan uprising's outcome.

Closer to home, the Kingdom despises Syrian President Bashar al-Assad for his alliance with Iran and duplicity in Lebanon. But his fall would present the Saudis with the risk of a country led by the Muslim Brotherhood. Even worse is the prospect of Syria falling into chaos, dragging Lebanon – and maybe the broader region – with it.

The Assad regime's use of excessive force, especially the deliberate killing of thousands of mainly Sunni civilians, has nonetheless recently spurred a tougher stance. King Abdullah has called the killings unacceptable, and has withdrawn his ambassador from Damascus. The actual policy implications, however, remain to be determined. 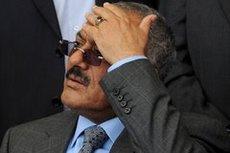 Riyadh's problem child: since May, Ali Abdullah Saleh, the Yemeni president who is currently residing in Saudi Arabia, has been obstinately refusing to accept a plan for an orderly transfer of power drawn up by the Gulf states

​​Neighbouring Yemen is a much more immediate threat. The opposition is hopelessly divided, and the tribal and military leadership is utterly compromised. Ominously, the south is being taken over by hardcore Islamists, some allied with Al Qaeda. Throwing money around won't work in Yemen, which is too large and complex to be pacified. In fact, the country is on the verge of total collapse.

Today, the Saudis see 24 million Yemenis – hungry, heavily armed, and envious of Saudi wealth – looking across the border. If civil war erupts, the Saudis will not be able to stop the waves of refugees. But the Kingdom remains paralyzed, still wavering on whether to allow President Ali Abdullah Saleh, who is convalescing in Riyadh from injuries sustained in a bomb attack, to return to Sana to resume his rule.

For all of their wealth and planning, the Saudis remain vulnerable to the turmoil surrounding them. At home, the legacy of Saudi family rule, fear of chaos, increased public spending, and abundant security forces have produced calm. But a modest political opening and economic diversification away from state-owned industry have been sacrificed. In Bahrain, things are quiet now as well, but the chances of further radicalization of the country's Shia majority have increased, possibly benefiting Iran in the long run.

Great change is coming to the Middle East. It is far from clear that a Saudi policy of stability at all costs will strengthen the regime.

Bernard Haykel is Professor of Near Eastern studies at Princeton University.

Home
Print
Newsletter
More on this topic
Saudi Arabia and the Protests in the Arab World: A Colossus with Feet of ClayUnrest in the Arab World: The Battle for Bahrain
Related Topics
Arab Spring, Arabellion, Democracy and civil society, U.S. policy in the Middle East, Wahhabism, Secularism in the Islamic world
All Topics 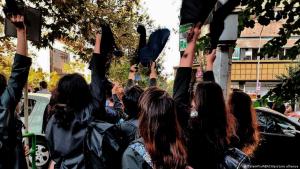 Political scientist and German-Iranian Ali Fathollah-Nejad discusses the protests in Iran and the long-term prospects for post-revolutionary political order. Interview by Michael ... END_OF_DOCUMENT_TOKEN_TO_BE_REPLACED

Charting his own descent into extremism, former Moroccan jihadist Adil El Hasani reveals how he was ultimately able to extricate himself from the grasp of those peddling religious ... END_OF_DOCUMENT_TOKEN_TO_BE_REPLACED

Just as the Islamic Revolution fundamentally changed Iran 43 years ago and had an impact far beyond the country's borders, the current wave of protests sweeping the country is set ... END_OF_DOCUMENT_TOKEN_TO_BE_REPLACED

The history of Jews and Muslims is far more entangled than you might imagine – but you have to listen out for it. In "Recording History", Christopher Silver takes us on a sonic ... END_OF_DOCUMENT_TOKEN_TO_BE_REPLACED

Welcome to the world of Al Qasar, where Arabic music collides head-on with punk and psychedelic to create something powerful and beautiful. "Who Are We" is a raucous, subversive ... END_OF_DOCUMENT_TOKEN_TO_BE_REPLACED
Author:
Bernard Haykel
Date:
Mail:
Send via mail

END_OF_DOCUMENT_TOKEN_TO_BE_REPLACED
Social media
and networks
Subscribe to our
newsletter