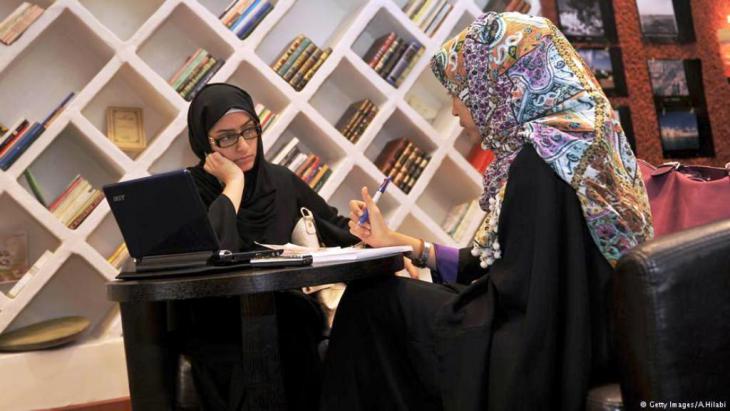 Not to be taken lightly

Saudi Arabia seems to be having a change of heart with regard to modern culture and entertainment. Pop concerts, shows and festivals are a new departure for the conservative kingdom on the Gulf, something that is also having an inevitable impact on the country′s strict policy of gender segregation. By Joseph Croitoru

One initial indication that Saudi Arabia was to become more culturally open came a year and a half ago, with the appointment of the then 35-year-old journalist Adel al Toraifi as minister of culture and information. Under his auspices, a number of things are now possible in the Wahhabi kingdom that were until recently inconceivable.

In May of last year, for instance, a General Authority for Entertainment was established as part of the major state project “Vision 2030”, exploring new paths. Its nine-person management committee includes the chemist and businesswoman Lama al Suleiman, born in 1966, who was previously the first woman in the country to hold a position as deputy chair of a chamber of trade and industry, in this case for the city of Jeddah – another sign of change.

The committee also includes a non-Saudi: Jonathan Tetrault, chief operating officer at the Canadian Cirque du Soleil, who will co-ordinate the company′s planned appearances in Saudi Arabia. Should men and women really perform together at the first event, announced for 11 October in the particularly conservative city of Riyadh, shows of this type would be a revolutionary step for the country.

When it comes to mixing of the sexes, entertainment officials are making cautious forays. In February, a Saudi version of the Comic Con trade fair was held in slightly more liberal Jeddah, featuring a number of Western movie stars. There was also a pop and hip-hop concert for a mixed audience, where young women were even seen without headscarves. Arch-conservative circles were appalled. 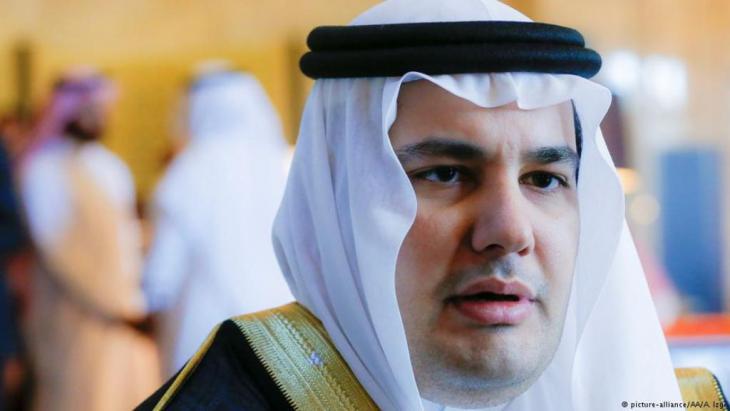 An initial sign that Saudi Arabia was to become more culturally open came a year and a half ago, with the appointment of the then 35-year-old journalist Adel al Toraifi as minister of culture and information

Since then, numerous videos have appeared on the Internet in Arabic, decrying the concert and the Saudi entertainment authority′s work as a whole as heresy. The zealots′ criticism of Jeddah Comic Con did not go unheard, but the organisers felt obliged only to issue a vaguely formulated apology.

Nevertheless, officials seem to want to avoid further provocation for the time being. Presumably for this reason, women were refused entry to February′s first concert in Riyadh for twenty-eight years, performed by two well-known Saudi singers. Despite the high ticket price of 630 euro, around two thousand seats sold out within a matter of hours.

The entertainment offensive is being pursued vigorously, despite this resistance. The head of the authority, Ahmad al Khatib – a former health minister and most recently advisor to the defence ministry and the king – has now announced no less than 3000 events in 22 Saudi cities for the present year. An ″entertainment calendar″ shared via several websites and Twitter profiles provides details on festivals, concerts, plays, comedy shows, exhibitions and mass spectacles such as the Monster Jam motorsport event. One of the highlights of the coming months is the American actor Al Pacino′s first appearance in Saudi Arabia. Pacino will talk about his life and acting career and answer audience questions in Riyadh on 11 May.

The event is listed in the ″For Families″ category, meaning it is theoretically open to both men and women. It would be up to the religious police to check whether the ″family members″ really are relatives, but the force has recently shown noticeable reserve about enforcing the gender segregation required in all sectors.

Entertainment authority head al Khatib, at least, feels the huge visitor numbers confirm his strategy. The first 77 events offered in the last quarter of 2016 were attended by more than 150,000 people, he recently told the Saudi press. Al Khatib sees the ″Saudi entertainment industry″ as already on its own two feet, although he admits there is much to be done. Over time, increasing numbers of local businesses are to become part of the sector.

The Saudi cultural reform programme is now also extending to higher culture. The General Authority for Culture was founded on 7 May, taking on some responsibilities previously held by the Ministry of Culture and Information.

The authority allows Saudi cultural artists wider participation, intended to guarantee greater independence from the state. The plan expressly includes promoting ″non-traditional″ culture. Here too, we can expect a powerful impetus for modernisation.

Political analyst Taqadum al-Khatib argues that Egypt can, in co-ordination with its European partners, develop a common vision to solve the complex conflict in Libya. For this to ... END_OF_DOCUMENT_TOKEN_TO_BE_REPLACED

Trump’s sweet revenge could swiftly turn bitter, after all the U.S. attack is a direct declaration of war against the Iranian Revolutionary Guard and its elite Quds troops ... END_OF_DOCUMENT_TOKEN_TO_BE_REPLACED

Key Saudi figures in the Jamal Khashoggi murder investigation have so far escaped trial for his death. But while UN efforts to deliver justice have stalled, difficult questions ... END_OF_DOCUMENT_TOKEN_TO_BE_REPLACED

An expert on Saudi Arabia and the Middle East, Guido Steinberg explains that the drone attacks on Saudi oil facilities last week were partly a manifestation of complex religious ... END_OF_DOCUMENT_TOKEN_TO_BE_REPLACED

The collapse of traditional multilateralism in the Arab world has been accompanied by a significant shift in American Middle East policy under President Donald Trump, writes ... END_OF_DOCUMENT_TOKEN_TO_BE_REPLACED

Abu Dhabi and Riyadh see a natural partnership with Modi’s government, a co-operation that could change the dynamics of the South Asian-Gulf nexus. By Jean-Loup Samaan END_OF_DOCUMENT_TOKEN_TO_BE_REPLACED
Author:
Joseph Croitoru
Date:
Mail:
Send via mail