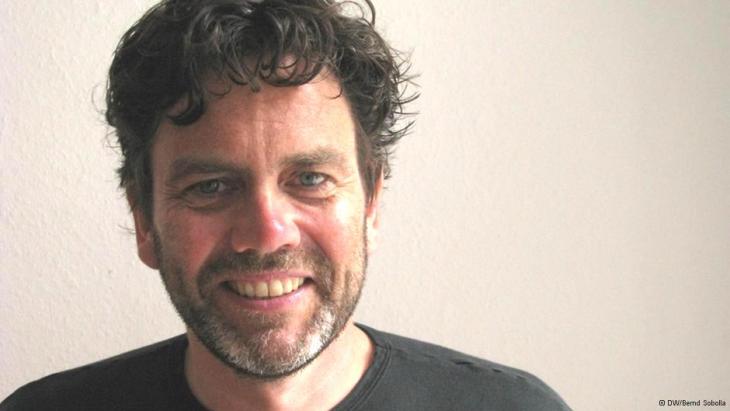 "Wadjda" is the first feature film ever made in Saudi Arabia. One of its German producers tells Bernd Sobolla about the daring women involved, and how his own perception of Saudi Arabia changed in the process

Berlin film producers Gerhard Meixner and Roman Paul have worked on a number of films in the Middle East, but "Wadjda" stands out. It tells the story of an 11-year-old girl who goes against every social convention to realize her dream: riding through the city of Riyadh on her own green bicycle. In the conservative Muslim country, women and girls are not permitted to ride bikes – but that doesn't bother Wadjda.

Meixner and Paul worked together with Saudi Arabian filmmaker Haifaa Al Mansour to create the film.

How did you come across the content for the film and meet director Haifaa al Mansour, who had been studying film in Sydney?

Roman Paul: Haifaa actually came to us. She sent us an email and offered us the project. Actually, she'd done that with just about every other European film production company. But we were the only ones that were interested. 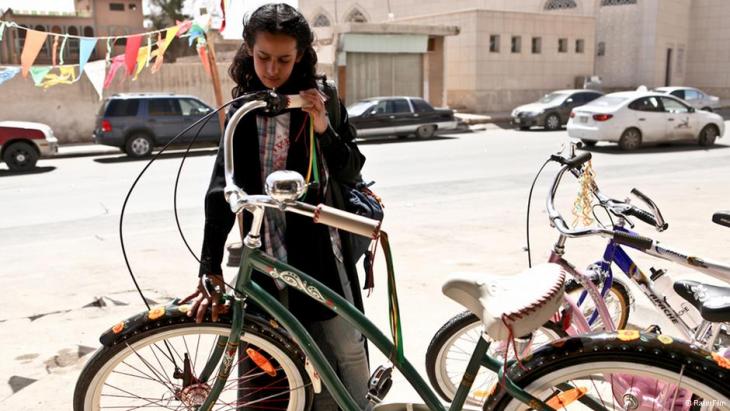 Filming against the odds: In conservative neighbourhoods, local residents would block shooting, or Mansour would have to direct from a van with a walkie-talkie, as she could not be seen in public together with male crew and actors. The film itself will only be seen in the kingdom on DVD or on television, as cinemas there are banned

Was it difficult to film in Saudi Arabia? No feature film has ever been filmed there, and cinemas are banned. And then you come with a film about a girl that wants to ride around on a bicycle.

Roman Paul: The film presents a very complex view of life in Saudi Arabia. It was important for us to show how the people there live, what characterizes their lives and that we don't make a film that's just about suppression.

Haifaa originally wanted to film in the [United Arab] Emirates, but we asked her whether we could film it in Saudi Arabia. Haifaa said, "There aren't any regulations against it." We went to Saudi Arabia together and visited the eastern region and the city of Riyadh and met with TV producer Amr Alkahtani. [Eds: While feature films are banned, television programs are filmed in Saudi Arabia.] He was certain he could get us the proper permits. And that's how it happened.

It's not the case that social issues – and this also comes up in the film – aren't discussed in Saudi Arabia. We in the Western world look at countries like that as if they were rigid and not very dynamic. But especially in Saudi Arabia, it's really dynamic in its core. Since you can't just pick up and travel to Saudi Arabia very easily, you don't get any personal impressions.

The film is meant to change that. At the same time, it was also made for a Saudi audience. It's already been shown at the German and American embassies in Riyadh. There, Saudis could also watch the film. It passed the Saudi censorship bureau and will be shown on TV in Saudi Arabia. 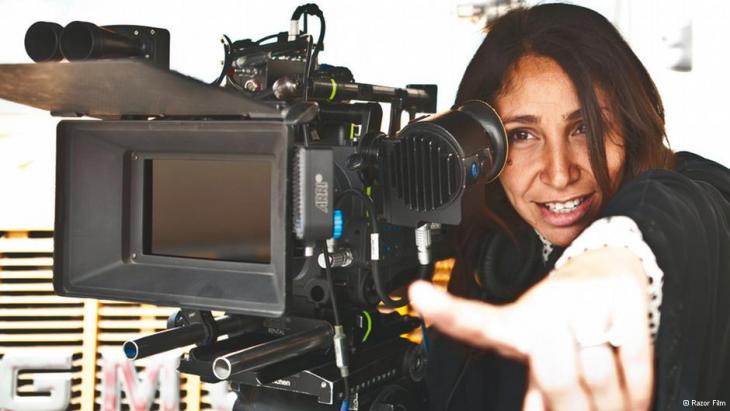 You were on-site during the entire filming. What was your impression of Saudi Arabia?

Roman Paul: Before we went, I was somewhat scared of the country. I'd pictured it in pretty dismal colours. But the people were very happy and friendly and open-minded towards us. That surprised us. There's a whole political spectrum there that goes from left to right. You meet people with very different viewpoints.

The film is set in Riyadh, and yet you don't see much of the city in the film. Was it your intention to show the close quarters that Wadjda lives in?

Roman Paul: It didn't feel like it was so cramped. It takes place in a quarter of the city where Wadjda lives with her family. Then she goes on an excursion to Riyadh's Old Town – where she goes with Abdullah. They run into each other in a mall, which plays a big role in Saudi Arabia. Shopping malls are a big pleasure for Saudis, since there aren't any movie theatres or bars or anything like that. So the film shows very different sides of Riyadh.

Roman Paul: The bike is green. It's a symbol of dreams that one can accomplish – even in the face of societal pressures – without harming anyone. Wadjda wants to make her dreams come true. She gets no support, and only meets continual resistance. But she stays at it.

Does Wadjda attend a Muslim school or a school for general education?

Roman Paul: It's a general school for girls. And Wadjda's class is the Koran club. You could compare that to a school theatre club here. They have a special contest that is portrayed in the film.

I was surprised to see how adamantly the teachers encourage the girls to adhere to tradition. I'd thought that maybe the girls at an all-girls school would have more freedom than they do outside of the school.

Roman Paul: With these women, it's not about propagating solidarity among women in order to reach some supposedly greater freedom within society. For these women, it's important that tradition lives on, that young girls internalize and live up to the rules. Haifaa Al Mansour said she'd dedicated the film to her former classmates. She grew up in a small town. Some of her classmates were crazy girls with unusual ideas, wishes and dreams. But none of them had the obstinacy of Haifaa, who reached her dream of becoming a film director. The other girls found their path within traditional society.

What kind of impact can a woman like Haifaa al Mansour have in Saudi Arabia?

Roman Paul: Saudi Arabia's a relatively closed society. Haifaa will surely gain prominence there when the film is released and begins its worldwide run. She's one of Saudi Arabia's most exceptional artistic personalities. The film will of course be controversial.

In his book "Ground Zero: 9/11 und die Geburt der Gegenwart" (Ground Zero: 9/11 and the Birth of the Present) Islamic scholar Stefan Weidner analyses the consequences of the ... END_OF_DOCUMENT_TOKEN_TO_BE_REPLACED

The rollout of coronavirus vaccines in the Middle East and North Africa is already taking place on a massive scale, with the United Arab Emirates leading the way. Nevertheless, ... END_OF_DOCUMENT_TOKEN_TO_BE_REPLACED

The Prophet Muhammad never executed anyone for apostasy, nor encouraged his followers to do so. Nor is criminalising sacrilege based on Islam’s main sacred text, the Koran. In ... END_OF_DOCUMENT_TOKEN_TO_BE_REPLACED

Surging coronavirus cases in many parts of the world have overshadowed the start of this year's Muslim holy month of Ramadan, with festivities once again curtailed by contagion ... END_OF_DOCUMENT_TOKEN_TO_BE_REPLACED

As Qatar prepares to host the 2022 FIFA World Cup, the country has come under fire for its treatment of migrant workers, with some nations calling for a boycott of the contest. ... END_OF_DOCUMENT_TOKEN_TO_BE_REPLACED

German Middle East analyst Guido Steinberg and television journalist Ulrich Tilgner have both published new books on the conflicts in the Middle East. Their analyses and their ... END_OF_DOCUMENT_TOKEN_TO_BE_REPLACED
Author:
Bernd Sobolla
Date:
Mail:
Send via mail

END_OF_DOCUMENT_TOKEN_TO_BE_REPLACED
Social media
and networks
Subscribe to our
newsletter