The "Flower Men" – descendants of the ancient Tihama and Asir tribes – live a near autonomous existence in the foothills of the Halaba mountains that straddle the Saudi Arabian-Yemeni border. Taking orders from neither government, their lives are ordered according to the dictates of tribal law. By Eric Lafforgue 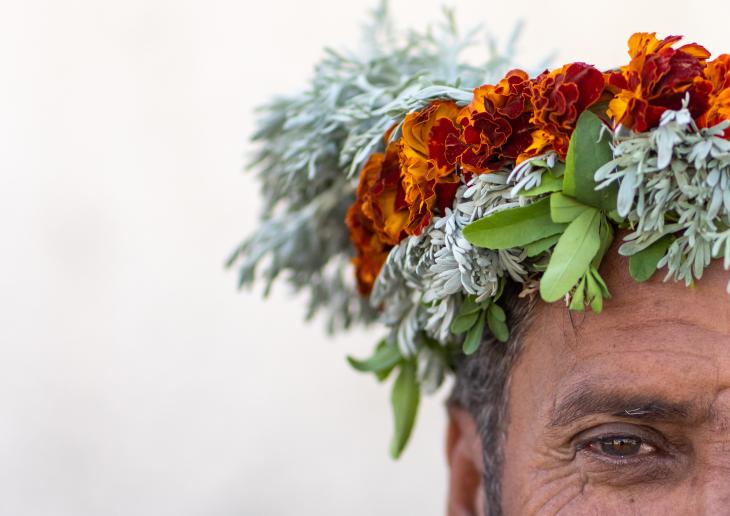 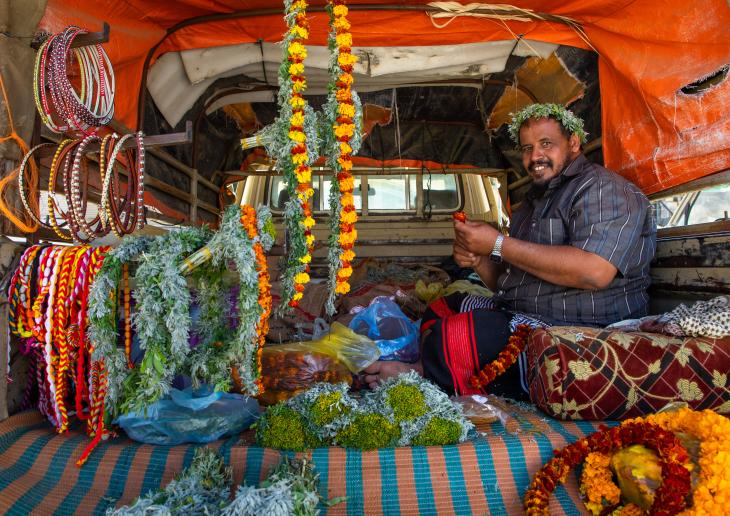 For centuries, people in the region have worn colourful garlands made of fresh flowers, which are not only beautiful to look at, but are also exquisitely scented 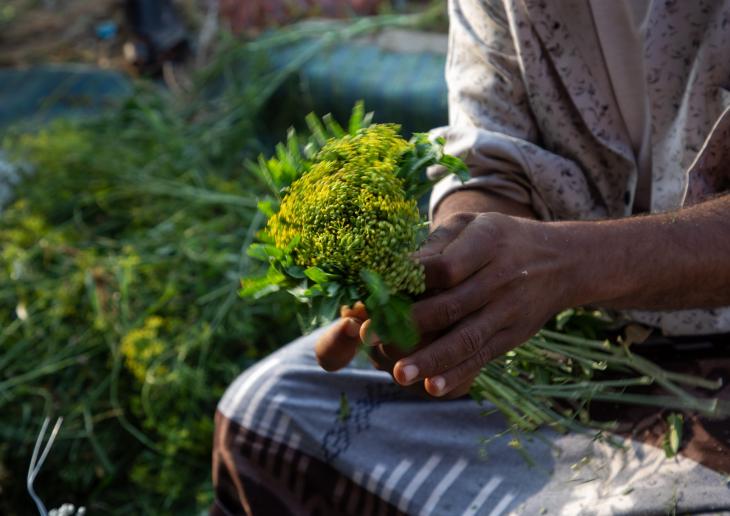 Some imagine Saudi Arabia to be a huge desert, yet more than 2000 species of flora can be found in the Kingdom. The garlands and crowns are made every morning in local markets such as those in Sabya or Addair 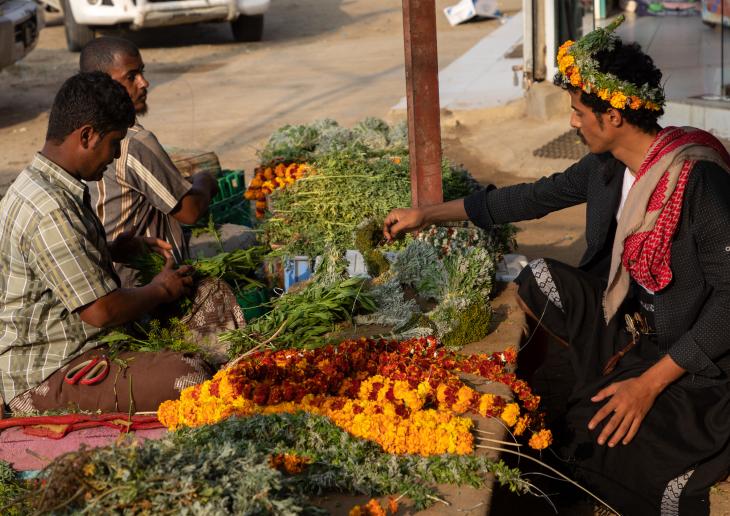 The men arrrive early in the morning before it gets too hot to buy ready-made crowns. Some, however, select their own herbs and flowers, preparing the garlands themselves, for a more unique look. Herbs such as wild basil, fenugreek and marigold flowers are most popular 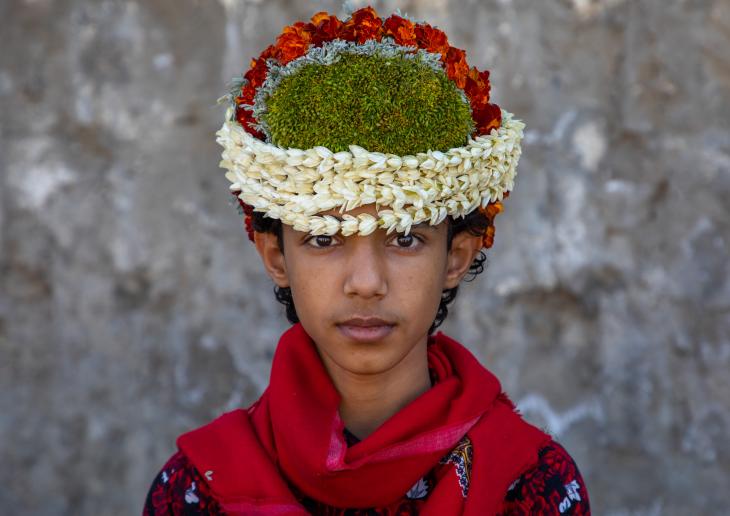 The wreaths sell for a handful of euros. The most elegant ones are made using a type of white jasmine that is so fragile it has to be kept in iceboxes by the sellers 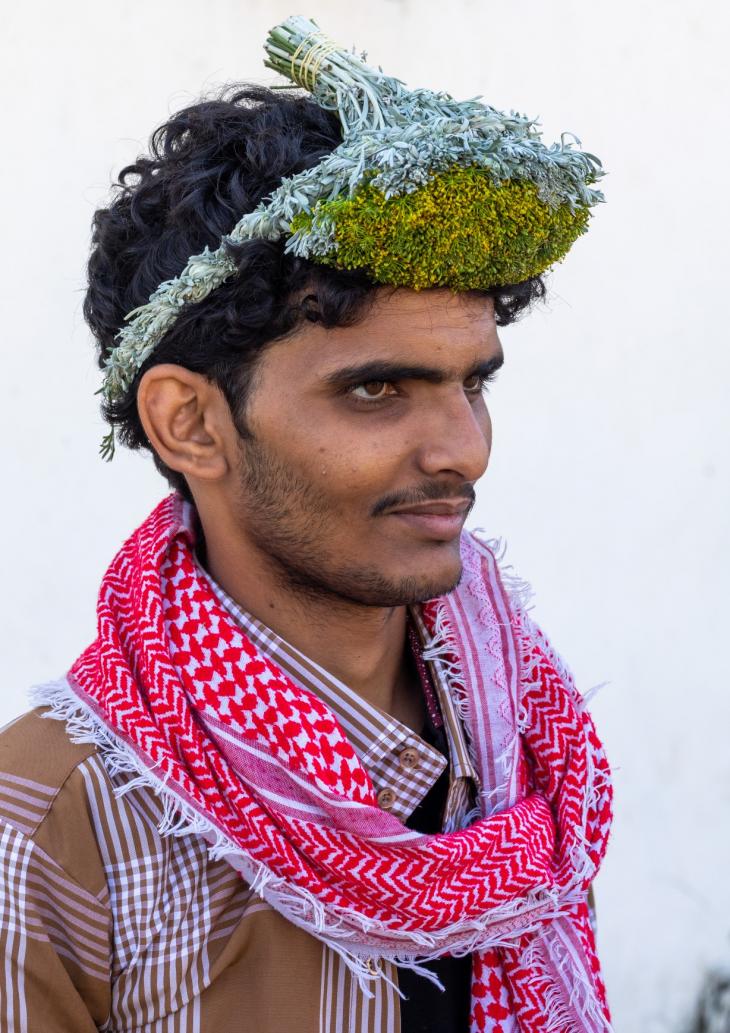 Flower men can also be found on the other side of the Saudi border. The ongoing war between Saudi Arabia and Yemen has generated a lot of embarrassment in the community as people belong to the same tribe 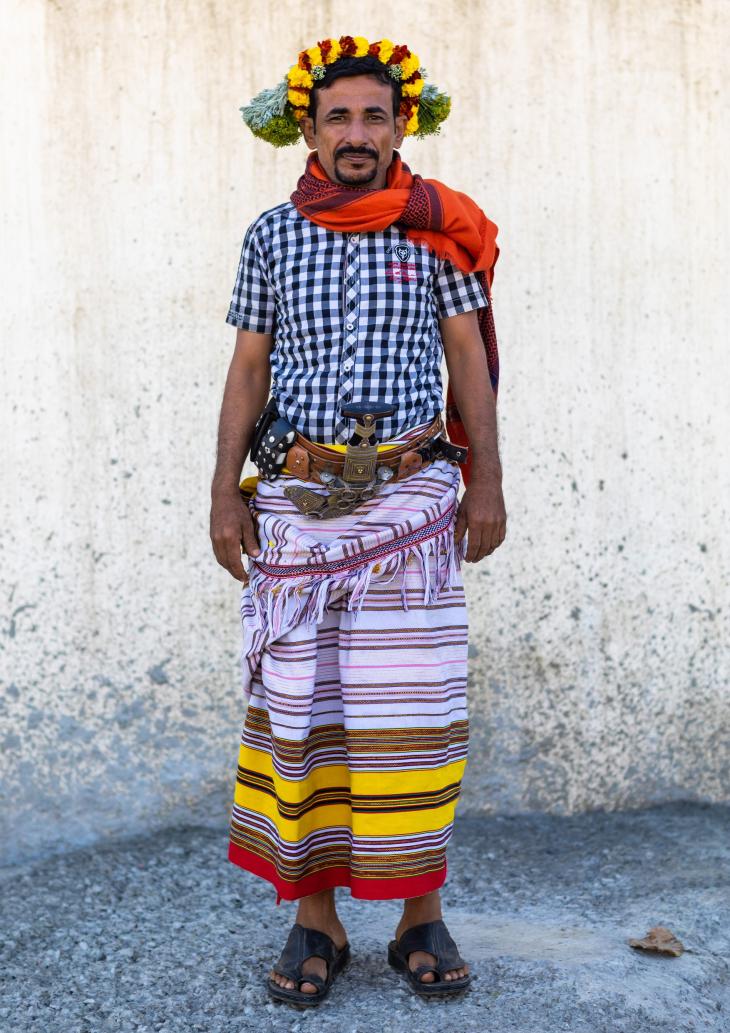 The flowers are chosen carefully to harmonise with the tribeʹs traditional dress. Once upon a time, the futas were woven in the Yemeni village of Bayt Al Faqih, nowadays however they are made in India 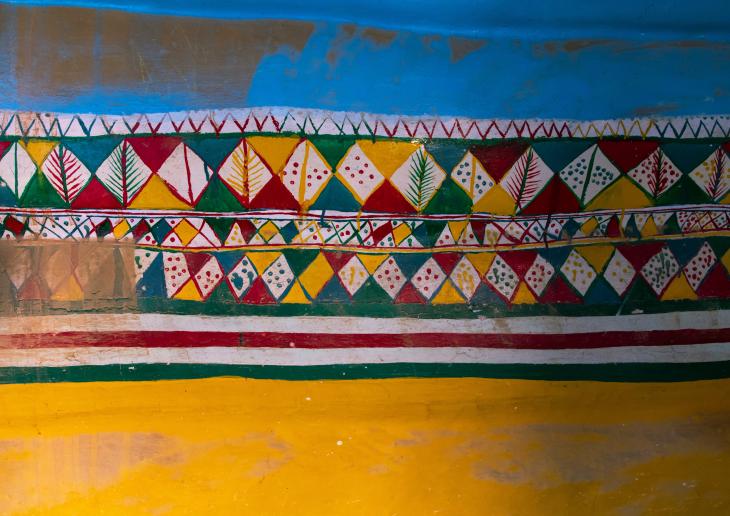 Inside the abandoned old stone and mud houses, you can see walls decorated with the same colour scheme as the wreaths. This art form, called "al-Qatt al-Asiri", was made by the women and has recently been listed by UNESCO. The women also wear floral garlands, but taking pictures of them is strictly forbidden 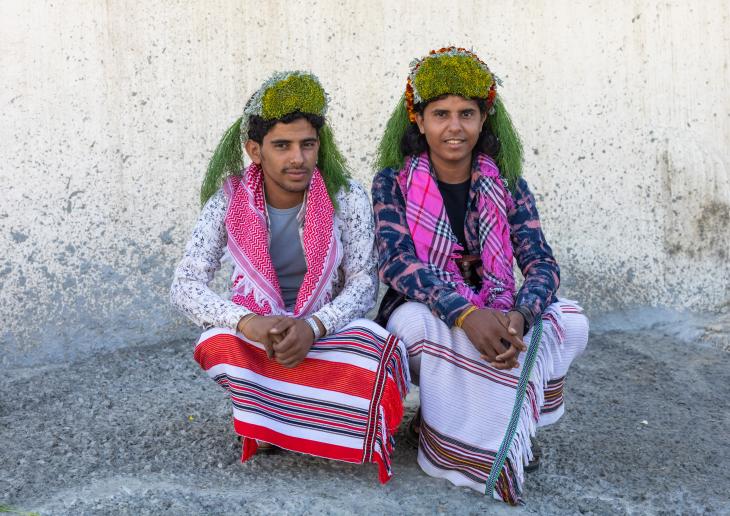 Wreaths and garlands are an everyday accessory, but people tend to save their most elaborate natural headgear for Muslim holidays and weddings. Friends are often seen sporting the same look 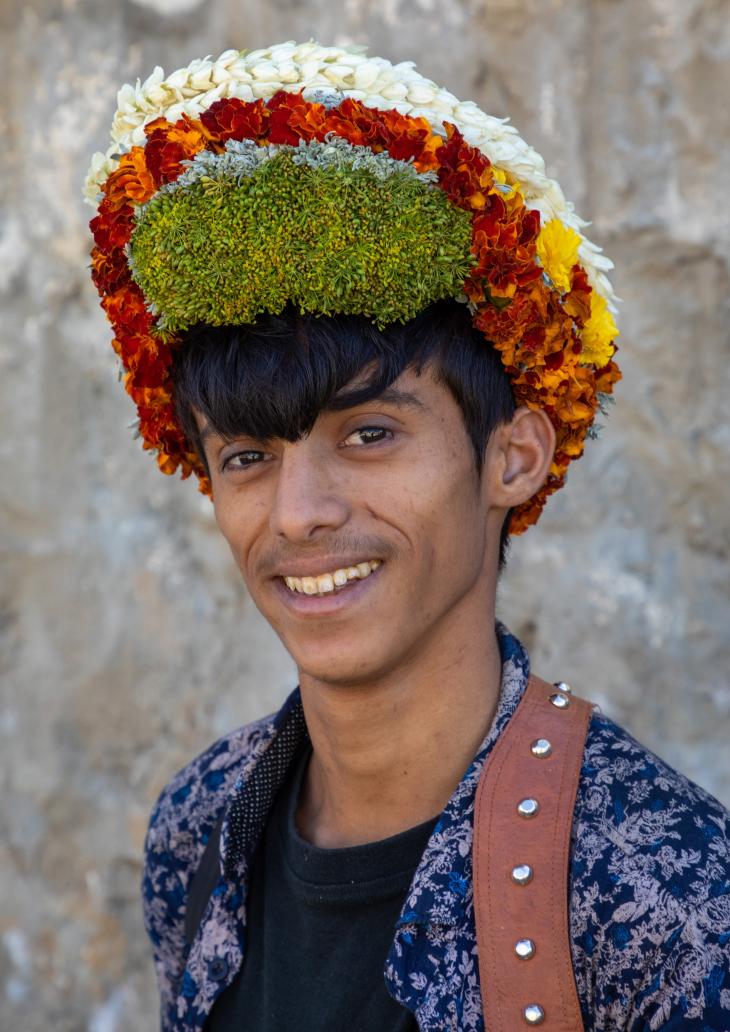 Despite their love of flowers, the tribesmen are famous for their combat skills. For the longest time, they were reluctant to have their photos taken or even meet foreigners. With the increasing pace of economic development within the Kingdom, however, things are changing quickly. 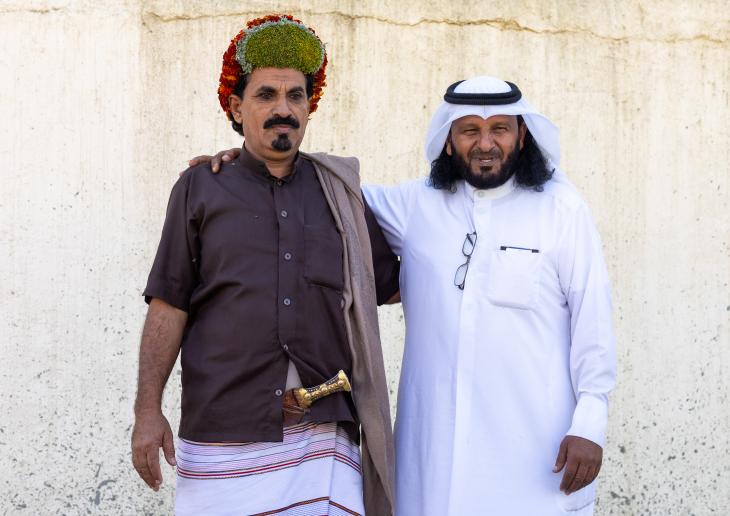 The Flower Men are keen to retain their tradition of floral decorations, as it is a peaceful way of setting them apart from the rest of the country. Just twenty years ago, they were living totally isolated lives without electricity or sealed 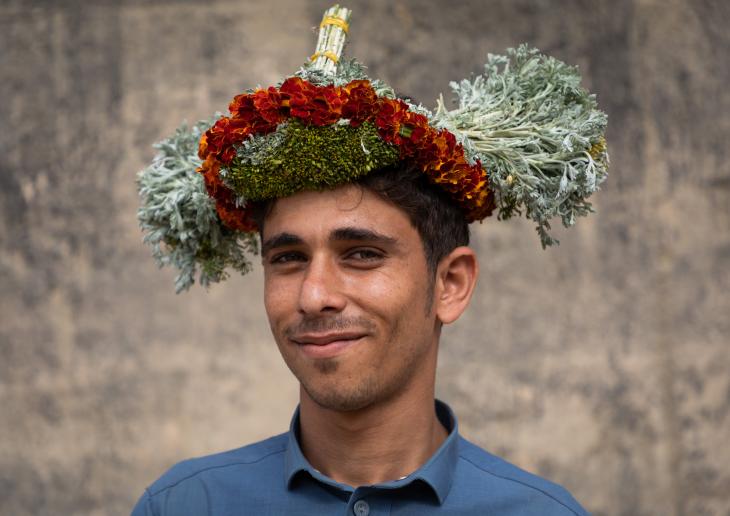 Some are so proud of their floral decorations that they share them on Instagram. It is also a good way of showing off their looks to the girls they love before the wedding. Even if society is still very conservative, social media is allowing young men and women to have private contact with each other 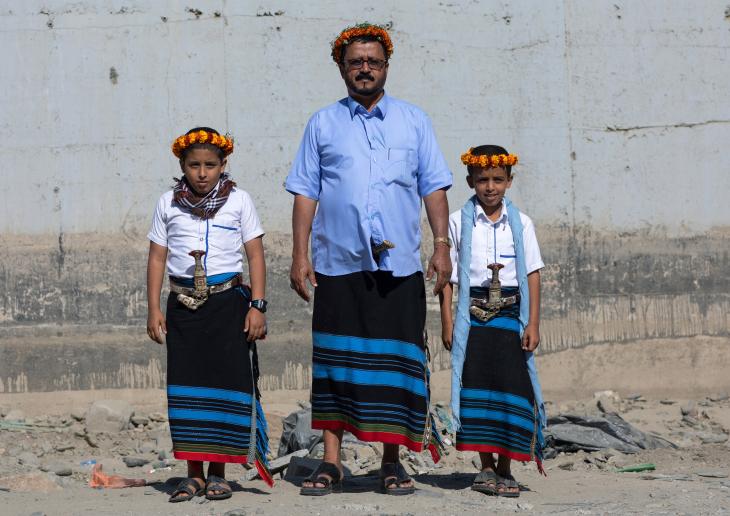 Children are proud to be seen wearing flowers with their father. They also wear the traditional dagger called the "jambya", made – for the wealthiest – from rhino horn 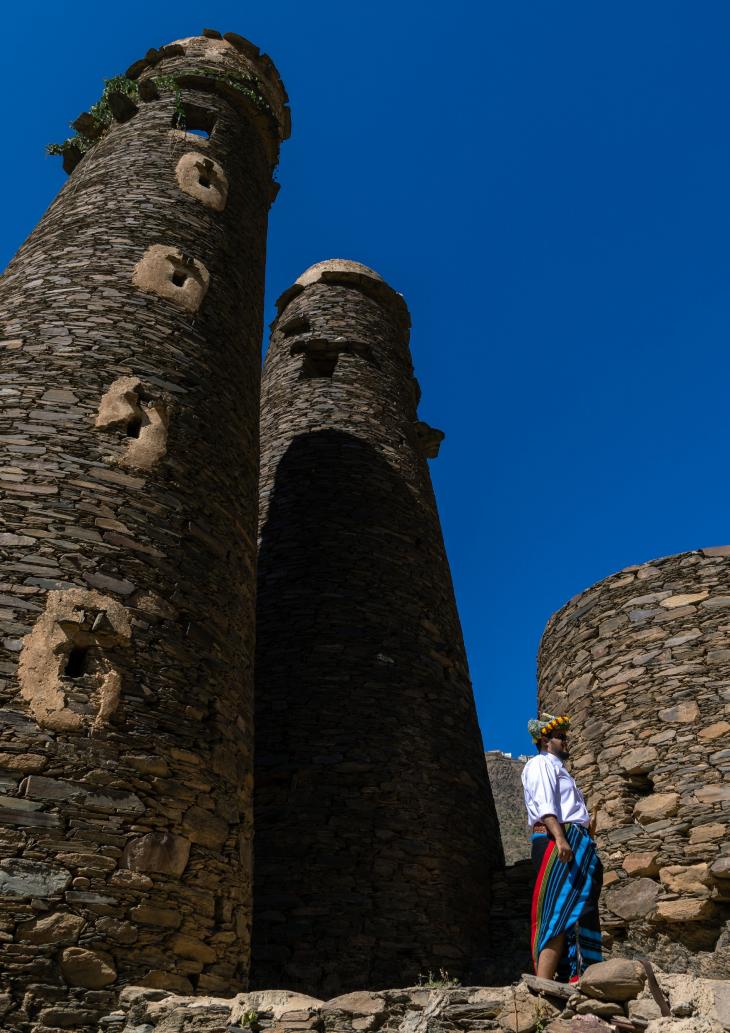 Many Flower Men still take care of old family houses or watchtowers, some of them over two hundred years old. Local people are keen to emphasise that their community has inhabited the region for more than 2000 years 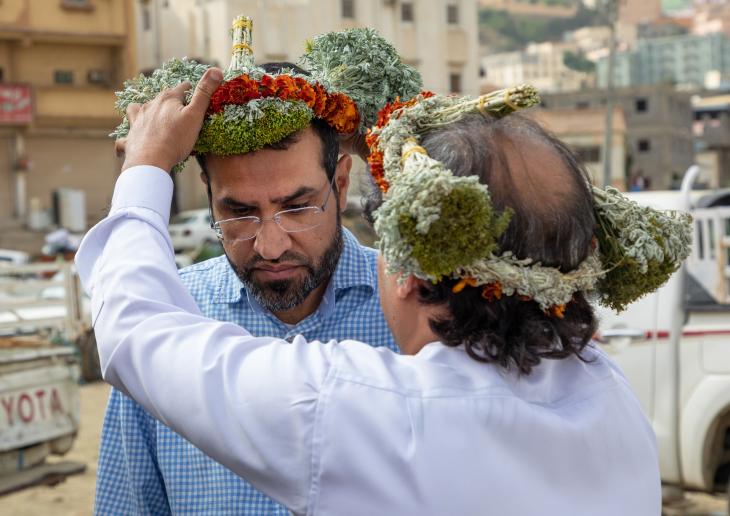 It is traditional to offer a wreath to visitors to Asir. Flower sellers still make these gifts to the rare tourists who penetrate deep into the region, but soon, with the 2030 Saudi government project that plans to bring thousands of visitors to the Kingdom, this nice tradition will likely fade away

END_OF_DOCUMENT_TOKEN_TO_BE_REPLACED
Social media
and networks
Subscribe to our
newsletter