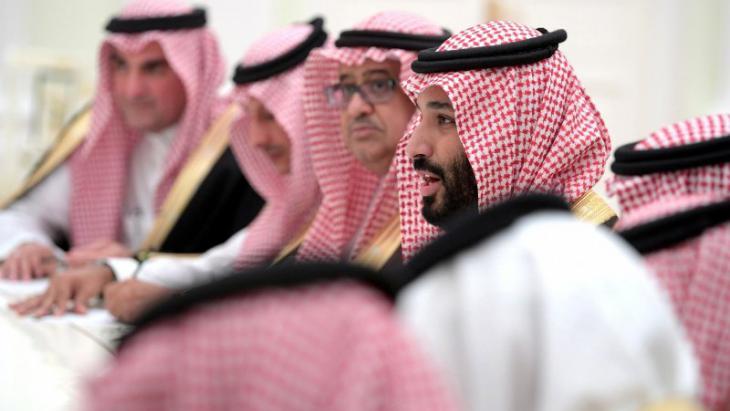 The world of the Arab states is in dramatic decline. In this time of crisis, Saudi Arabia has stepped into a leadership role. According to Stefan Buchen, it is not up to the job

It is impossible to conduct independent research in Saudi Arabia. Foreign journalists can only travel around the country in the company of government staff. All the same, it is easy to take stock of political developments over the past five years. All that has to be done is to measure the Saudi leadership's declared political goals and intentions in the region against the reality there. The gulf between the two is catastrophically wide.

In the Syrian civil war, the defining event of the present day in the Middle East, Saudi Arabia wanted to topple the Assad regime and replace it with a Sunni-dominated government. Despite the financial, political and military support the Saudis gave to relevant rebel groups, the plan failed. Indeed, this objective lies even further off than at any previous point in the Syrian war.

In Yemen, Saudi Arabia's desperately poor southern neighbour, the Saudi air force seeks to bomb the Shia Houthi movement into submission and clear the way for a government allied to Riyadh and headed by the former Yemeni vice president Mansur Hadi. They have not yet succeeded.

At the start of December, it looked as though Saudi intervention had managed to pull off a coup. Yemen's former leader, Ali Abdullah Saleh, had terminated his alliance with the Houthi rebels, and together with his tribal fighters joined forces with the Saudi-led coalition. It was a mere 24 hours before Saleh had paid for switching sides with his life. The Houthis, supported by Iran, demonstrated ruthless efficiency, exposing Saudi weakness in the process. 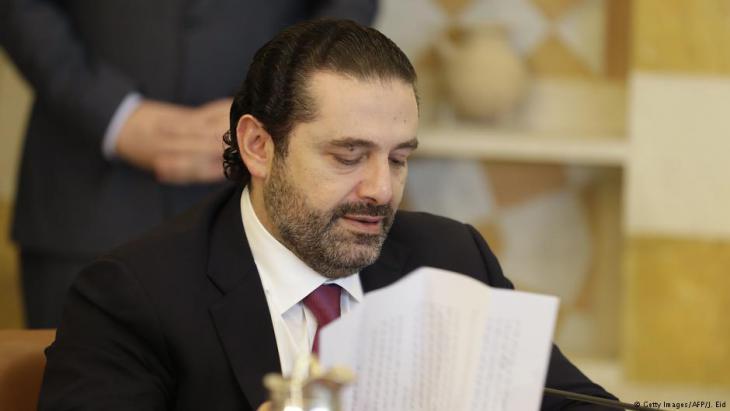 "A particularly embarrassing low point" in Saudi Arabia's regional politics: at the start of his visit to Riyadh in early November, Prime Minister Saad al-Hariri of Lebanon (pictured here) announced in an eight-minute long recorded message that he would step down. After two weeks in the kingdom, which prompted many in Lebanon to assume his resignation was made under duress and he was being detained by his Saudi hosts, he returned to Lebanon, suspended his resignation and continues to serve as Lebanon's prime minister

During the summer, Saudi Arabia's ruling house took joint action against Qatar together with the United Arab Emirates, Bahrain and Egypt. It also had the support of America. Under Saudi leadership, the coalition put in place a blockade against its smaller neighbour, demanding a halt to Qatar's increasingly close relationship with Iran and the closure of the satellite TV channel Al-Jazeera. The initiative was fruitless. They failed to force Qatar to its knees. Al-Jazeera is still broadcasting.

Saudi regional politics reached a particularly embarrassing low point with the Hariri affair. In the eyes of the Saudis, the Lebanese premier, Saad al-Hariri, was too soft on Iran and the pro-Iranian militia Hezbollah, the most important political factor in Lebanon. The power of the kingdom was sufficient to force Hariri, its ally of many years, to announce he would step down. This he did on camera at the start of his visit to Riyadh in early November.

The video is just over eight minutes long. The sequence, which looks like an extract from a bad gangster movie, documents the decadence of political relations in the region in breath-taking fashion. The Saudi gangsters may have written the screenplay and directed the film, but that was it. They soon had to eat humble pie. Saad al-Hariri returned to Lebanon via Paris and suspended his resignation. He continues to serve as Lebanon's prime minister.

In Doha, Arabs from Morocco, Tunisia, Egypt and Algeria are gathering to celebrate the first ever FIFA World Cup to be held on Arab soil. The criticism from Europe? Over the top, ... END_OF_DOCUMENT_TOKEN_TO_BE_REPLACED

November 2022 sees the Arab world firmly in the spotlight with the COP27 in Egypt and the FIFA World Cup in Qatar. Public trust in MENA governments is weak, thanks to their ... END_OF_DOCUMENT_TOKEN_TO_BE_REPLACED

Palme d’Or winner "Boy from Heaven" is a classic crossover film in which cultural elements are mixed together in haphazard and random fashion. Shady Lewis Botros bemoans the ... END_OF_DOCUMENT_TOKEN_TO_BE_REPLACED

COP27 in Sharm el-Sheikh is turning into a PR disaster for Egypt’s military regime. Instead of praise for the host, the news is full of solidarity for imprisoned activist Alaa ... END_OF_DOCUMENT_TOKEN_TO_BE_REPLACED

END_OF_DOCUMENT_TOKEN_TO_BE_REPLACED
Social media
and networks
Subscribe to our
newsletter