In Saudi Arabia, the type of work women perform has nothing to do with supply and demand on the labour market. While Saudi labour law grants women the right to do the same jobs as men, it also stipulates that Sharia must be followed and expectations relating to ″a woman’s nature″ must be considered. Both guidelines leave room for interpretation. To offer guidance, the Ministry of Labour has presented a ″positive list″ that reveals which jobs are considered suitable for women (for instance saleswoman, hair stylist). 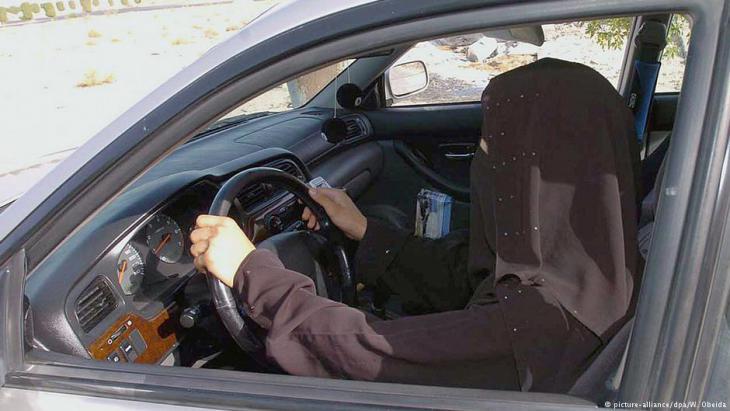 Milestone for the emancipation of Saudi women: as of June next year, women will be permitted to drive cars – thanks to a decree by King Salman. By then, preparations will have been made to welcome the new motorists. Human rights activists have been fighting against the ban on women driving for more than three decades. The lifting of the ban by Saudi Arabia was welcomed around the world

These are not strict rules, but rather ″declarative statements″ with strong normative power. On the other hand, a ″negative list″ identifies all the jobs that are supposedly unsuitable for women (for example positions in the mining sector, the construction sector and automotive repair). On top of all that, women need the permission of a male relative in order to be allowed to work. Yet another barrier is the strict physical separation that Saudi clerics require between men and women in the workplace.

Even though the separation of the sexes is not explicitly stipulated by law, the Ministry of Labour has issued rules on building separate entrances and exits or separate cafeterias. Finally, Saudi Arabia’s ban on women driving, which remains in force until June next year, makes it difficult for women to even reach their workplaces. For these reasons, employers who want to hire women have to deal with the added expenses of finding appropriate rooms and possibly arranging transportation for female employees. Unsurprisingly, private employers prefer to hire men.

In light of all these barriers, it’s no surprise that unemployment rates for women are around 35 %, even though they are now more educated than men on average.

The labour market in Saudi Arabia is inflexible to a large degree, which is hindering the diversification and modernisation of the economy. Traditional roles and cultural values limit the mobility of Saudis, and incentive structures are inadequate. The Saudification programme and its quota system is not only a bureaucracy that is easily sidestepped. It is also complicated and expensive.

Saudi Arabia’s still very traditional social order is blocking the way to the country’s economic renewal. Given the powerful role of the clergy and deeply-held traditional values, breaking up the ossified structures must inevitably cause social tension. The kingdom is on the cusp of the greatest transformation in its history. The recent unprecedented arrest of several potential dissidents, including Muslim clerics as well as liberal businessmen, shows that the government is not as confident as it would have people believe.

Nassir Djafari is an economist and freelance author.

The Saudi national team is set to play the German Olympic squad at the Olympics in Tokyo later this month – a chance for the outsiders to make their mark. At the same time, and ... END_OF_DOCUMENT_TOKEN_TO_BE_REPLACED

As the Biden administration attempts to promote democracy and human rights in the Middle East, it will confront the deep-seated belief among Arabs that U.S. policies are unfair to ... END_OF_DOCUMENT_TOKEN_TO_BE_REPLACED

While Europe and North America experience something like a return to normality with relatively high vaccination provision and take-up rates, the rest of the world is struggling to ... END_OF_DOCUMENT_TOKEN_TO_BE_REPLACED

Philosopher Juergen Habermas was due to be awarded a major Arab prize in Abu Dhabi, but has turned it down following criticism. This decision torpedoes Arab efforts at a ... END_OF_DOCUMENT_TOKEN_TO_BE_REPLACED

END_OF_DOCUMENT_TOKEN_TO_BE_REPLACED
Social media
and networks
Subscribe to our
newsletter