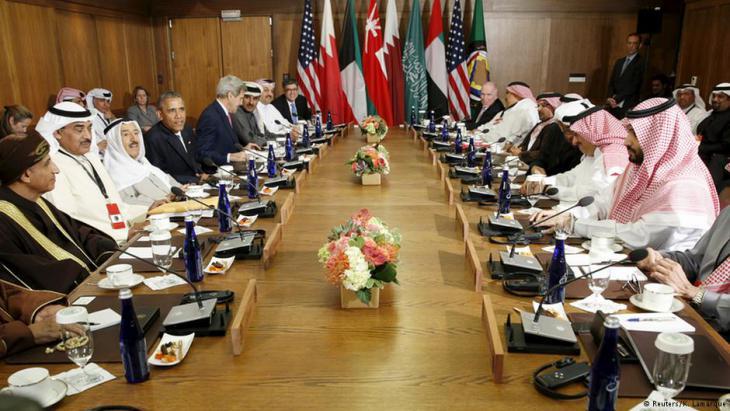 Is a nuclear arms race looming in the Gulf?

At the recent meeting with US President Barack Obama in Camp David, Saudi Arabia threatened to make use of all the same technology granted to Iran in the emerging nuclear deal with the West. Is this the start of the long-feared nuclear arms race in the Gulf region? Or is it an attempt to force the US to take a tougher stance on Iran? By Ulrich von Schwerin

Critics of Iran have long warned that if no steps are taken to limit Iran's nuclear programme, there will be a nuclear arms race in the region. If some politicians and media are to be believed, the nightmare scenario of a nuclear arms race between Iranians and Arabs is now a distinct possibility. For example, following the meeting of the Gulf states with US President Barack Obama in Camp David on 14 May, several newspapers reported that Saudi Arabia had threatened to develop nuclear weapons of its own if Iran made an atomic bomb.

It is indeed the case that at the meeting held at the US President's country residence, the Arab Gulf states announced they would themselves make use of all nuclear technology granted to Iran in the planned deal. Saudi Arabia in particular takes a critical view of the deal, because it foresees a lifting of financial and trade sanctions imposed during the row with Iran in return for restrictions on the Iranian nuclear programme.

This, the Saudis fear, would give Tehran additional resources to pursue its "aggressive foreign policy" in the region. According to the Saudi narrative, Iran has already brought Iraq and Syria under its control and is now trying to draw the Houthi rebels in Yemen into its sphere of influence. Against this backdrop, Obama invited Gulf state representatives to the US to calm things down and reassure them of America's ongoing support.

Obama's message was that the emerging nuclear deal with Iran did not mean Washington was changing course and did not indicate any fundamental rapprochement with Tehran. On the contrary, the US would continue to provide "ironclad" support to its Arab allies. But the new Saudi King, Salman, stayed away from the meeting, and other nations sent only their crown princes, an indication of the deep displeasure felt by the Gulf states towards their protector. 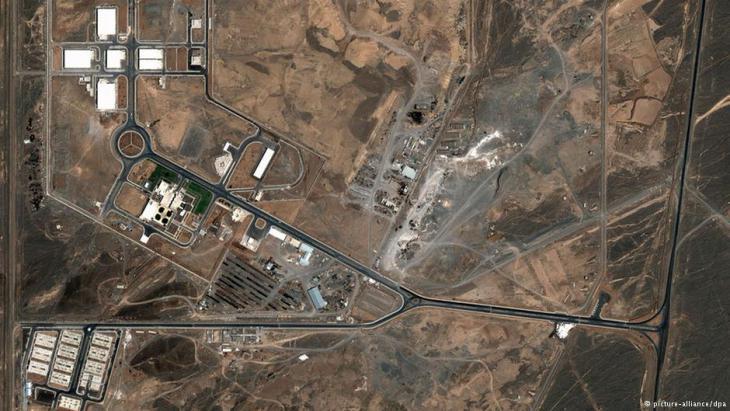 Aerial photograph of the nuclear facilities in Natanz, Iran: "The not-always peaceable policies of the Wahhabi kingdom would mean that the international community is hardly likely to view a Saudi nuclear programme with any less mistrust than an Iranian one," writes Ulrich von Schwerin

Stirring up opposition to the negotiations with Iran

Threatening to make use of all the nuclear technology granted to Iran further underlines this displeasure. Saudi Arabia's former intelligence chief Prince Faisal al-Turki has for a long time been using this threat to stir up opposition to the nuclear negotiations between Iran and the group of five UN veto powers plus Germany, which aim to reach a final agreement by the end of June. But does this really mean that there is now likely to be a nuclear arms race in the Middle East?

First of all, to conclude that the Gulf nations would now also strive to produce a nuclear bomb makes no sense. The objective of the nuclear deal with Iran is to prevent the country from developing nuclear weapons. If the deal follows the framework agreement presented in early April in Lausanne, it will be extremely difficult for Tehran to develop a nuclear bomb – assuming this is what Iran actually wants to do.

The framework agreement allows Iran to retain a small uranium enrichment facility and to continue research into centrifuges. But first and foremost, the agreement obliges the country to drastically limit uranium enrichment for ten years, to reduce the degree of enrichment and to allow extensive monitoring by the International Atomic Energy Agency (IAEA) that goes far beyond the regulations of the non-proliferation treaty (NPT).

If the Arabs are now threatening to demand everything that is granted to the Iranians, then one could in fact say – as US journalist Paul Pillar has done: go ahead, be our guests! If you want to voluntarily permit restrictions and controls that no other NPT signatory must tolerate, then go for it. This would not constitute a threat to peace, as the chances of you managing to build a nuclear bomb under such circumstances would be just as slim as those of Iran.

The Arab threat essentially means that they are also demanding the right to enrich uranium. According to the non-proliferation treaty, which the Gulf states and Iran have all signed, they already have the right to do this, as the treaty permits signatories control of the entire nuclear fuel-cycle, from the enrichment of uranium through to reprocessing. But in practice, this right is certainly not afforded to all signatory nations. 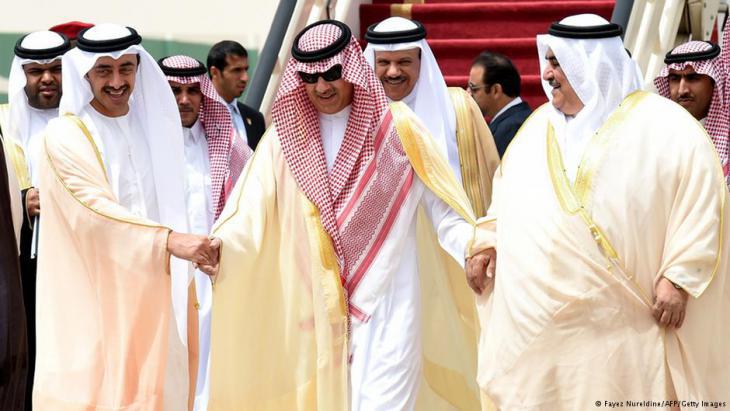 Pictured here: Arab leaders of the Gulf Cooperation Council. Together with Israel, the Arab Gulf states are the strongest critics of the emerging nuclear deal between Iran and the West. In a bid to dispel their concerns, US President Barack Obama assured his allies of "ironclad" support against threats in the region

Saudi Arabia's ambitious plans envisage the building of 16 reactors over the coming decades, although these are still at the drawing-board phase. Riyadh would, however, meet with stiff resistance should it actually construct facilities for uranium enrichment. The not-always peaceable policies of the Wahhabi kingdom would mean that the international community is hardly likely to view a Saudi nuclear programme with any less mistrust than an Iranian one.

Riyadh could, with just as much justification as Tehran, insist upon its "national right" to enrich uranium, but this would do Riyadh about as much good as it did Tehran. As US analysts Dina Esfandiary and Ariane Tabatabai note, Saudi Arabia also lacks the requisite nuclear scientists and therefore the technical know-how for its own nuclear programme. So the road to achieving such a programme would hardly been any shorter or less costly as in the case of Iran.

The United Arab Emirates on the other hand, the Gulf state that is closest to being able to build reactors, signed a treaty with the US in 2009 preventing it from enriching and reprocessing uranium. The four reactors currently being built in co-operation with a South Korean consortium, the first two of which are scheduled for completion in the year 2020, are to be supplied with the required fuel rods by South Korea.

Tabatabai and Esfandiary doubt that Saudi Arabia or the Emirates will actually realise their threat and establish their own nuclear enrichment programme. They believe that a "nuclear domino effect" in the Gulf is not, therefore, on the cards. But if this is the case, why are the Gulf Arab States making threats? Ultimately it is probably first and foremost a tactical move to force the US to adopt a tough stance in the nuclear negotiations and prevent it from changing its course over Iran – a strategy that so far appears to be working.

International relations are shifting across the Middle East as regional powers adapt to America's retrenchment and China's growing influence. Although the region could become the ... END_OF_DOCUMENT_TOKEN_TO_BE_REPLACED

"The people aren’t ready for democracy" has been the constitutional basis for Arab tyranny, its favourite slogan and its sacred narrative for more than a century. Yet, asks Khaled ... END_OF_DOCUMENT_TOKEN_TO_BE_REPLACED

Caught up in discussions on the future of local Afghan forces and new Islamist threats, people are failing to grasp the historic scale of the debacle, argues Stefan Buchen in his ... END_OF_DOCUMENT_TOKEN_TO_BE_REPLACED

The coronavirus pandemic has turned lives upside down all over the world. In the Middle Ages, however, people lived with epidemics all the time. The best and most famous ... END_OF_DOCUMENT_TOKEN_TO_BE_REPLACED

The Saudi national team is set to play the German Olympic squad at the Olympics in Tokyo later this month – a chance for the outsiders to make their mark. At the same time, and ... END_OF_DOCUMENT_TOKEN_TO_BE_REPLACED
Author:
Ulrich von Schwerin
Date:
Mail:
Send via mail

END_OF_DOCUMENT_TOKEN_TO_BE_REPLACED
Social media
and networks
Subscribe to our
newsletter