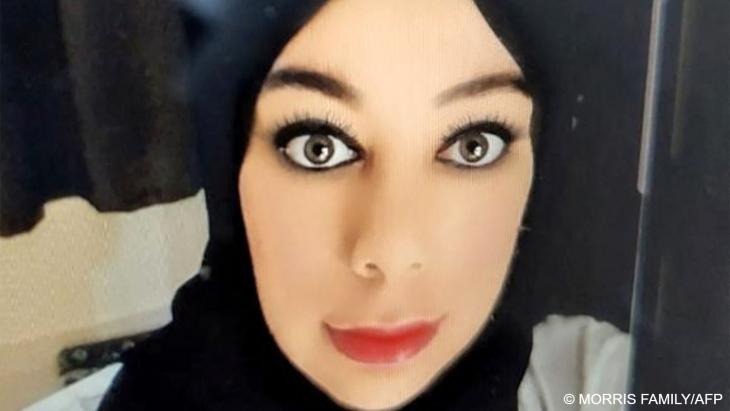 Saudi Arabia has detained an American woman who had publicly accused her Saudi ex-husband of trapping their young daughter in the kingdom under so-called guardianship laws, an advocacy group said late on Tuesday.

Carly Morris was taken into custody on Monday and the whereabouts of the daughter, eight-year-old Tala, is unknown, said the Washington-based Freedom Initiative, which describes itself as advocating on behalf of people wrongfully detained in the Middle East and North Africa.

"It is unclear if her daughter was detained with her or turned over to her ex-husband," it said in a statement. Saudi authorities did not immediately respond to a request for confirmation of Morris's detention.

U.S. State Department spokesman Ned Price said at a press conference Tuesday that Washington was "aware of the reports that Ms Morris has been detained".

"Whenever a person is detained abroad, we seek immediate access to visit the individual, to aid him or her with all appropriate consular assistance," Price said. "Our embassy in Riyadh is very engaged on this case; they're following the situation very closely."

Morris flew to Saudi Arabia with her daughter in the summer of 2019, hoping to spend a few weeks of quality time with the girl's father. But soon after they landed in Riyadh, he seized their travel documents and arranged for the girl to become a Saudi citizen, ensuring he could bar her from leaving.

Advocacy groups said the case highlights the power that men continue to wield over women under the kingdom's notorious guardianship laws.

Crown Prince Mohammed bin Salman, the de facto ruler, has earned plaudits for easing laws in Saudi Arabia which in the past have greatly restricted women's ability to travel and work. Yet human rights groups note that women still require a male guardian's permission to marry, and face discrimination when it comes to divorce and custody disputes.

In an interview in September, a defiant but tearful Morris said "I will not leave without my daughter." That same month she received a summons from Saudi prosecutors indicating she was under investigation for "disturbing public order", a development Morris believed was linked to social media posts about her case.

She was then informed that she had been placed under a travel ban, according to an electronic notice seen by journalists.

"I fear I will be arrested at any moment," she confided after receiving the notice. “My biggest fear will be who will take care of Tala."

The family of Morris's ex-husband has not responded to requests for comment.

Morris's detention comes amid heightened tensions between Riyadh and Washington, which has strongly objected to the OPEC+ cartel's decision to cut oil production, saying it amounts to siding with Russia in the Ukraine war.

In July, several months before those cuts were approved, U.S. President Joe Biden came under heavy criticism from human rights organisations for travelling to Jeddah and meeting with Prince Mohammed, reversing an earlier pledge to make Saudi Arabia "a pariah".

Morris's case is "yet another sign that Saudi simply does not value the U.S. as an ally," said Allison McManus, the Freedom Initiative's director of research.

More on this topic
Women in Saudi Arabia: Caught in a system of gender apartheidSaudi Arabia: When a tweet gets you 34 years in prisonBiden's trip to Saudi Arabia: Trading recognition for oil
Home
Print
Newsletter
MoreAll Topics

END_OF_DOCUMENT_TOKEN_TO_BE_REPLACED
Social media
and networks
Subscribe to our
newsletter