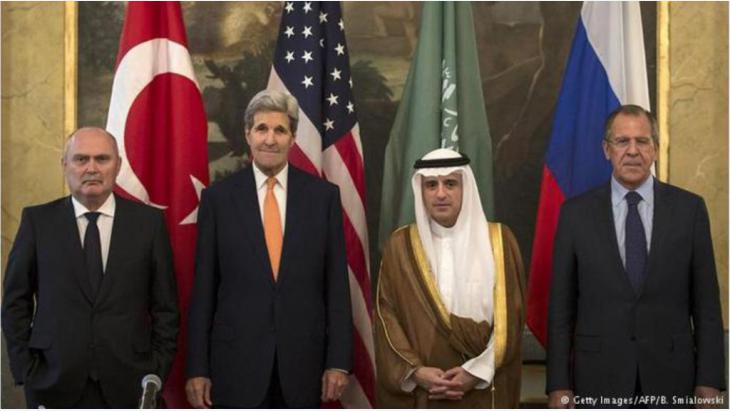 And the winner is...

A cold war is waging in one of the world′s hottest regions. A key component of the sectarian competition between Shia and Sunni Islam in the Middle East is geopolitical, with Iran facing off against Saudi Arabia and its Gulf allies in a struggle for regional dominance. By Robert Harvey

As with the original Cold War between the Soviet Union and the United States, the conflict does not involve direct military confrontation between the main rivals, at least not yet. It is being fought diplomatically, ideologically and economically – especially on the oil markets – and through proxy wars, such as the conflicts in Syria and Yemen. There are few problems in the wider Middle East that cannot be traced back to the power rivalry between Saudi Arabia and Iran.

For the moment, the Iranians seem to be riding high. Following Supreme Leader Ayatollah Ali Khamenei′s decision to agree to an international deal limiting Iran′s nuclear capability to peaceful purposes, Western sanctions have been all but removed. Now that it is once again acceptable to do business with Iran, its ailing economy is set for a rebound. Meanwhile, Iran′s creeping de facto annexation of parts of Iraq – astonishingly, with American acceptance – continues because no one except the so-called “Islamic State” has the stomach to stand up to it.

Iran also has an overwhelming manpower advantage, with a population of an estimated 77 million, compared to Saudi Arabia′s 28 million. And while its army is far less well equipped than its rival′s, it is much larger. Moreover, Iran′s main Arab ally, Syrian President Bashar al-Assad, has been given a reprieve as the conflict in his country drags on without conclusion.

This has left the Saudis feeling abandoned and vulnerable. They believe that their great traditional ally, the US, betrayed them by concluding the nuclear deal with Iran. Meanwhile, they fear that the chaos in neighbouring Iraq has exposed them to chronic strategic risks.

The Saudis are also recoiling under a barrage of criticism of their Wahhabi brand of Islam, which is widely blamed for incubating extremism and inspiring terrorism. Meanwhile, Saudi Arabia′s human rights record – including the denial of elementary rights for women – is under constant scrutiny.

The power of oil 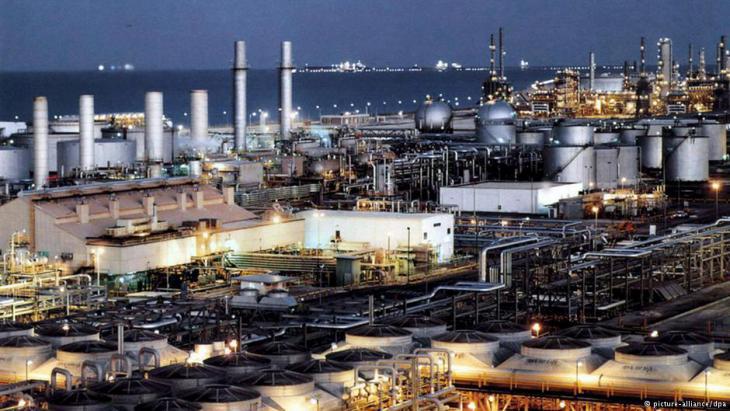 "30 or 70 dollars, it′s all the same to us." Prince Mohammed of Saudi Arabia recently declared that the Kingdom doesn′t care about oil prices. The Saudis are currently flooding the oil market in an attempt to rein in the competition

Against this background, the Kingdom is taking the fight to its enemies. King Salman bin Abdulaziz Al Saud is the country′s above-the-fray ruler, but his son, Prince Mohammad bin Salman Al Saud, currently wields much of the power.

As Minister of Defence, Mohammad has continued the Saudi policy of backing anti-Assad rebels in Syria, in concert with Turkey, while unleashing a war on pro-Iranian tribesmen in Yemen (at an enormous humanitarian cost). He has also backed, if not instigated, an increase in domestic repression and has launched an economic offensive against Iran – the consequences of which have been seen, until recently, in plunging global oil prices.

In early May, Saudi Arabia′s long-standing oil minister, Ali al-Naimi, was replaced by Khalid al-Falih, an ally of Mohammad′s. The reshuffle is an indication of Mohammad′s determination to use oil prices as a weapon against Iran and its ally, Russia. As the world′s swing producer, with boundless reserves of cheaply extractable oil, Saudi Arabia can flood or throttle the market at will.

And for now, the Saudis are flooding the market. They are seeking to rein in Iran and Russia, both of which need higher oil prices to sustain economic growth. And they are hoping to bankrupt the US shale-oil producers that have reduced America′s dependence on Middle Eastern oil. As Mohammad recently declared, the Kingdom doesn′t care about oil prices; ″$30 or $70 – they are all the same to us.″ Iran and Russia, by contrast, need a barrel of oil to be worth at least $70.

The US oil industry has proved more adaptable and resilient than expected; cheaper shale fields have opened even as old ones have closed. But the Saudi oil offensive has helped convince Iran and Russia to drag Assad, kicking and screaming, to the negotiating table.

Mohammad′s new economic plan, Vision 2030, unveiled in May, is another front in the economic war, designed to show that Saudi Arabia is immune to the domestic economic pressures afflicting Iran and Russia. The plan calls for economic diversification and envisages the establishment of a huge sovereign wealth fund to cushion the impact of lower oil revenues that the ruling class has traditionally used to purchase social peace.

The Saudi strategy is not without its costs. Gulf remittances of around $10 billion a year to Egypt (itself under increasing economic pressure and a dizzying fall in tourist receipts after recent terrorist attacks) have been scaled back to around $3 billion. And funding to Lebanon has been cut almost completely.

And yet the long-term outcome of this cold war is not hard to predict. Iran and Russia can never be more than foothold powers in the Arab world. The Shia might be able to maintain influence in Iraq, Syria and Lebanon (through Hezbollah), but they will be unable to compete more broadly. Some 90% of Arabs are Sunni Muslims and thus potential Saudi allies.

The Saudis can afford to be more mature and less suspicious than they have been. The US should take steps to reassure them – while never easing up pressure to improve human rights and implement political and economic reforms.

Just like the rest of the world, the Arab region and Arabic-language media have been watching spellbound over the last few days as U.S. President Donald Trump was voted out of ... END_OF_DOCUMENT_TOKEN_TO_BE_REPLACED

A victory by Democrat candidate Joe Biden would usher in a new beginning for the Arab world, with attendant changes in U.S. policy. Autocratic leaders in the Middle East have ... END_OF_DOCUMENT_TOKEN_TO_BE_REPLACED

COVID-19 and fake news in the Middle East

In the Arab region, fake news relating to COVID-19 claims that people who have been cured "convert to Islam" or that "Muslims are immune" to the disease. Long-established ... END_OF_DOCUMENT_TOKEN_TO_BE_REPLACED

French President Macron's statements that caricatures of Muhammad may still be published have triggered outrage in a number of Muslim states. Turkish President Erdogan is among ... END_OF_DOCUMENT_TOKEN_TO_BE_REPLACED

Madawi al-Rasheed is one of a group of Saudi exiles responsible for founding NAAS – the National Assembly Party. Set up on Saudi National Day in September, it is the first ever ... END_OF_DOCUMENT_TOKEN_TO_BE_REPLACED

Comments for this article: And the winner is...

Everything being equal, and understanding the nature of some of the Saudis' enduring limitations in what they can or can not full-fill vis - a - vis Iran. That irrespective of how deeply, the Anglo/Saxon backers of the Saudi-regime are still involved in influencing the ensuing [anti-Iran] Arab-policy in the region in the medium term, there would ultimately be two distinct intertwined but costly possibilities; facing the Persian Gulf region: One is, the Saudis would carry-on as they are, until such time when events would force them into making a huge strategic mistake; leading to a war with Iran. The second scenario, in the face of a mortal defeat for the Saudi regime, will Washington have the stomach for a costly involvement to either trying to save this barbarian regime from a definitive destruction. Or in view of its long term economic interests in the region, the Americans take the more logical step, and let the division of power take its evolutionary course: One thing that is absolutely certain,it is the fact; Iran will decide the future direction of the region!

END_OF_DOCUMENT_TOKEN_TO_BE_REPLACED
Social media
and networks
Subscribe to our
newsletter