Saudi official in U.S. for talks on Yemen, Iran... and Khashoggi? 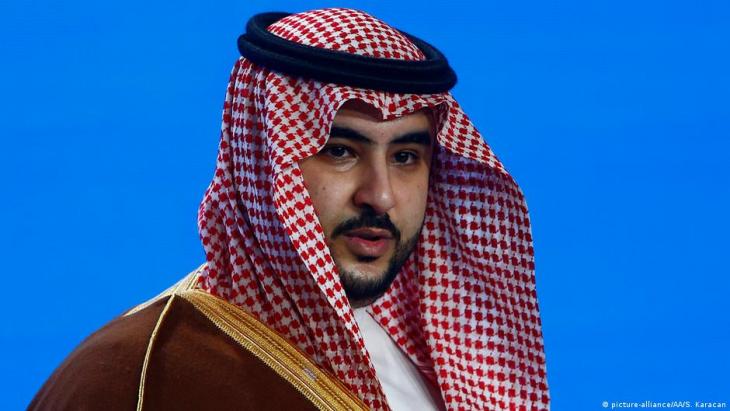 Saudi Arabia's deputy defence minister on Tuesday became the highest-ranking Saudi envoy to visit Washington since Joe Biden became president in January, and held talks with senior officials on the Yemen war and threats from Iran.

The minister, Prince Khalid bin Salman, is the younger brother of Crown Prince Mohammed bin Salman, the country's de facto ruler, who is accused by U.S. intelligence of approving a 2018 operation in which Washington Post columnist and Saudi dissident Jamal Khashoggi was killed, an allegation denied by Saudi Arabia.

But a White House statement on the minister's meeting with national security adviser Jake Sullivan did not mention Khashoggi's murder, although it said Sullivan "emphasised the importance of progress in advancing human rights in the Kingdom."

The two officials discussed the U.S. partnership with Saudi Arabia, regional security and "the U.S. commitment to help Saudi Arabia defend its territory as it faces attacks from Iranian-aligned groups."

The prince also met with Colin Kahl, the U.S. defence undersecretary for policy, and the two discussed "efforts to end the war in Yemen and the shared U.S.-Saudi commitment to counter Iran’s destabilszing activities" and other issues, the Pentagon said.

The meetings were to give Saudi Arabia a sense of how relations with the United States have shifted from the pro-Saudi policies of former Republican President Donald Trump.

A Saudi-led military coalition intervened in Yemen in 2015 after the Iran-aligned Houthi group ousted the country's government from Sanaa. The Houthis say they are fighting a corrupt system.

Yemen President Abd-Rabbu Mansour Hadi's government is now in Aden, though Hadi is based in Riyadh, the Saudi capital. Tens of thousands of Yemenis, mostly civilians, have died in six years of war and millions are on the brink of famine.

"They'll discuss the longstanding partnership between the United States and Saudi Arabia, regional security and the U.S. commitment to help Saudi Arabia defend its territory as it faces attacks from Iranian-aligned groups," she said.    (Reuters)

END_OF_DOCUMENT_TOKEN_TO_BE_REPLACED
Social media
and networks
Subscribe to our
newsletter