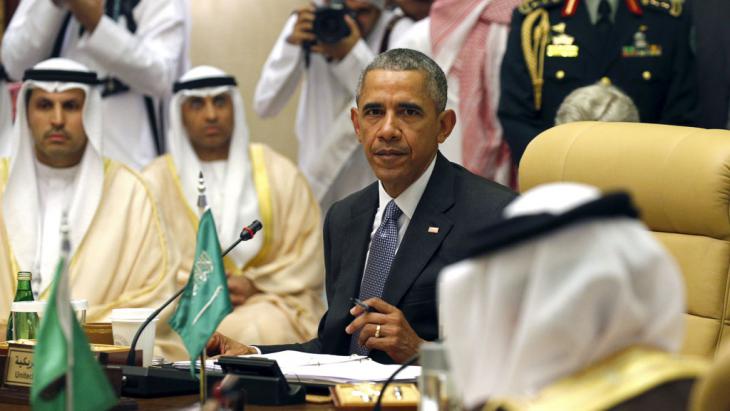 Relations between the US and its long-term ally Saudi Arabia are at an historically low ebb. President Barack Obama′s recent visit to Saudi Arabia did little to improve the situation. Bernard Haykel, professor of Near Eastern Studies at Princeton University, provides an analysis

Saudi Arabia, the source of one in nine barrels of oil consumed globally, is not just a linchpin of the global economy; its government′s stability is crucial to the international order. Should the Al Saud dynasty fall and the country splinter into rival territories ruled by jihadist factions and tribes, the civil wars in Syria and Libya will seem like minor conflicts in comparison.

The collapse of the Saudi state would quickly spill over into neighbouring Gulf countries, triggering a regional implosion, with unthinkable humanitarian consequences. The US would not be able to avoid being dragged militarily into the region, if only to safeguard the supplies of oil and gas on which the global economy depends.

A major cause of the deterioration of the US-Saudi relationship is Obama′s decision to diminish America′s direct involvement in the Middle East. In a long interview with the journalist Jeffrey Goldberg, Obama expressed his desire for Saudi Arabia to ″share″ the region with Iran, its principal regional rival.

Obama expended an enormous amount of time and political capital to obtain a nuclear deal with Iran. He hopes that lifting sanctions in exchange for Iran′s promise to halt its nuclear program for about 15 years will lead Iran to change its behaviour, become a more responsible state actor and abandon its revolutionary agenda and frequent use of non-state actors (including terrorist groups) to advance its goals.

If Iran does as Obama hopes, the US will be able to reduce its military presence in the Gulf. And if Iran′s leaders stop promoting terror, another important foreign policy achievement will be added to Obama′s legacy.

Unfortunately for Obama – and for the Middle East – his strategy is failing. As America′s shadow has receded, Saudi Arabia and Iran have become more aggressive, even irresponsible, in pursuing their interests. 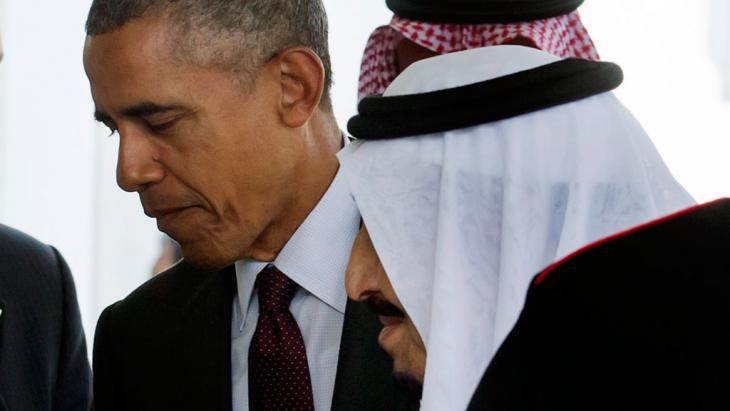 Obama is faced with a dilemma: the ever-deepening crisis between Saudi Arabia and Iran. Too much criticism of Tehran could endanger the nuclear deal and halt the slow process of rapprochement. On the other hand, the Saudi royal family has been a principal ally in the region for years and one which the US does not to wish to alienate any further

Iran remains the principal backer of both Syrian President Bashar al-Assad and the Shia-led government in Baghdad, making it a leading contributor to the humanitarian tragedy in both countries, where Sunni Arabs comprise the majority of the victims of violence.

Saudi Arabia′s behaviour has changed even more dramatically in response to its perceived abandonment by the US. The Kingdom′s leadership has become convinced that the Obama administration no longer has its back, calling into question a decades-old relationship in which America guaranteed Saudi Arabia′s security in exchange for economic and political support. Americans in Riyadh are repeatedly asked whether Obama′s approach represents an exception or a permanent feature of US policy toward the Gulf.

Obama′s policy has led the Kingdom to break with its long tradition of quiet diplomacy and behind-the-scenes manoeuvres. Instead, Saudi Arabia has become aggressive and militaristic. It has severed diplomatic relations with Iran, withdrawn financial support from Lebanon and carried out an inconclusive but devastating war in Yemen against what it sees as Iranian proxies.

Most recently, the Saudis threatened to sell off its US financial assets should Congress enact a proposed law exposing its leadership to lawsuits for the terrorist attacks of 11 September 2001. 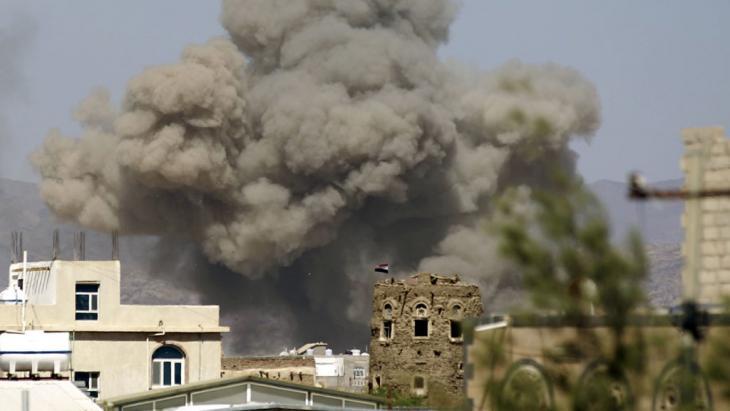 A belligerent response: Obama′s policy has led the Kingdom to break with its long tradition of quiet diplomacy and behind-the-scenes manoeuvres. Instead, Saudi Arabia has become aggressive and militaristic. It has severed diplomatic relations with Iran, withdrawn financial support from Lebanon and carried out an inconclusive but devastating war in Yemen against what it sees as Iranian proxies

Repairing the relationship will not be easy. Offering to sell more weapons to the Gulf countries, as Obama is certain to do this week, is likely to embolden regional players, further inflaming the situation. He would likely accomplish far more if, instead, he offered an explicit promise that the US would come to the GCC countries′ defence against external aggression in all its forms.

Such a move would not be unprecedented. US presidents Jimmy Carter and Ronald Reagan offered similar guarantees and Obama would be reiterating and strengthening this commitment while taking into account Iran′s potential use of non-state actors. Such a declaration would put Iran on notice and go a considerable way toward calming Saudi King Salman′s anxiety.

In return, the US could obtain concessions on domestic and regional fronts. There is a long history of American interest in domestic Saudi matters. US involvement was especially heavy during the administrations of Presidents John F. Kennedy and Gerald Ford and lasted until the 1990s.

The Kingdom has recently embarked on a major reform of its government and restructuring of its economy. The US could insist that, as part of this effort, the Kingdom strengthen political accountability and the transparency of its allocation of oil revenues.

Carrying out these reforms would secure the monarchy′s longevity and ensure the country′s stability. The US could also prevail upon the Saudi government to start negotiating with Iran, reducing tensions on a broad range of fronts, including Iraq, Lebanon, Bahrain and Yemen.

The wars in Iraq and Syria will not end until Iran and Saudi Arabia come to an accommodation, which will require US mediation. If the Middle East is allowed to continue on its present drift, without American leadership, US military intervention – most likely sooner rather than later – will become a near-certainty. Saudi Arabia and Iran may one day find a way to share the Middle East, but only if the US is there to act as an umpire.

Since Ali Khamenei, Iran's most powerful man, has openly and unconditionally come out in support of Putin's war in Ukraine, logistical help is on its way, with an allegedly ... END_OF_DOCUMENT_TOKEN_TO_BE_REPLACED

A sci-fi film lampooning the Islamic Republic and all that its regime holds sacred premiered quietly at a nondescript venue in Los Angeles in July. The title, “Velayatnameh”, is a ... END_OF_DOCUMENT_TOKEN_TO_BE_REPLACED

The Palestinian militant organisation Hamas, with Hezbollah's help, is building up a military presence in Lebanon, the ultimate consequences of which could be devastating, writes ... END_OF_DOCUMENT_TOKEN_TO_BE_REPLACED

With his fist bump greeting for a man he previously called a pariah, US President Biden has paved the way for Saudi Crown Prince Mohammed bin Salman's return to the international ... END_OF_DOCUMENT_TOKEN_TO_BE_REPLACED

Days of protests across Iran followed the collapse of a high-rise building in the city of Abadan in May 2022. But why has the disaster become such a political issue? Rahman ... END_OF_DOCUMENT_TOKEN_TO_BE_REPLACED
Author:
Bernard Haykel
Date:
Mail:
Send via mail

END_OF_DOCUMENT_TOKEN_TO_BE_REPLACED
Social media
and networks
Subscribe to our
newsletter